You are here: Home / Archives for fun 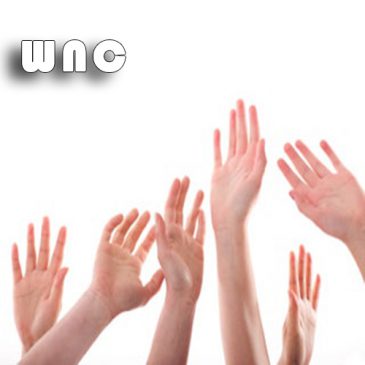 I realize I’ve been M.I.A. for a bit. I’ve been limiting my World News Center duties to creating content for The Big Wakeup Call with Ryan Gatenby on WBIG 1280 AM.This is all due to basic time management. It takes time to do all the research required for each episode, plus I have obligations to fans and clients of my fiction writing. Whether I get income directly from any of them, or if some of them just help justify people giving me money, the fact is those are how I put food on the table. Add in the annoying fact that I’ve had chronic diarrhea since April, sorry for that visual, and was in a car wreck in May that did bad things to my knees, and I hope you can understand why I dropped this particular ball. END_OF_DOCUMENT_TOKEN_TO_BE_REPLACED

Unlike my usual stuff, this is tied directly to Chicago sports, and the early part of the century. It’s a part of my life that’s gone, but which I still take pride in. Even if you don’t get all the references, I hope you enjoy the story.

Jay the Joke was started out by Patrick Dahl (son of Steve & Janet) and his partner in crime, Matt Lynch. It was built exclusively to belittle Jay Mariotti. Yes, I know, low hanging fruit and all that. Still and all, they got a lot of pub, made the site into something fun, and used it, in part, to springboard their careers.

I bought the site in 2008 and turned it into more of a local sports site which still managed to take nasty, and hilarious, swipes at the little man*. With help from MLB.com I was able to get access to stuff no one else had and the site became the guilty go-to stop for real sportswriters, several of whom I am friends with to this day. More than once I had a story days or weeks before the regular media. END_OF_DOCUMENT_TOKEN_TO_BE_REPLACED

I wrote this back in August of 2015. It seemed to me like I’d covered all the bases and could call it a day. I was wrong. Uber announced they are going to launch a flying car service in select cities starting next year. There is one itsy-bitsy problem with that. I’ll start with the simple stuff, the Moller Skycar, written about here on several occasions, still doesn’t do what it claims and no one will license it for use. But, if you must have one, they’re dumping them on e-Bay. END_OF_DOCUMENT_TOKEN_TO_BE_REPLACED

Science is often seen as an immutable thing. It simply is. But, for anyone who’s paid any attention to science, they know that’s woefully misguided. Science, by its very definition, evolves constantly. When new things are discovered that reject old knowledge, the new is embraced. Some things are perceived to be ancient knowledge and aren’t at all. They are merely a product of modern prejudices. For example, while there are morons today who believe the Earth is flat, they are a relatively new phenomenon. Ancient Greeks knew the Earth was round. As did Polynesian sailors. And pretty much anyone involved in trade. Eratosthenes, three hundred years before Christ was born, knew that there needed to be a method of determining latitude so sailors, and other travelers, could figure out where things were on the planet. END_OF_DOCUMENT_TOKEN_TO_BE_REPLACED

Let’s start by facing some facts. Superhero movies, and TV shows, are making so much money right now that there’s not a snowball’s chance in hell that Hollywood will stop making them in the foreseeable future. The good news is, if you don’t like them, there are many other options. If you do, then you’re golden and need not worry about much else. Well, global politics and famine and stuff, sure, but not movies. This year saw Marvel demur from attending San Diego Comic Con. They certainly had no need to be there. They could, and did, release trailers on Youtube from where ever they happened to be. And, let’s be blunt, I doubt any of them wanted to sit through fanboy theories about how Avengers: Infinity War should end. END_OF_DOCUMENT_TOKEN_TO_BE_REPLACED