You are here: Home / Archives for comics

The things that set people off into ALL CAPS rages continues to amaze me. From pumpkin spice anything to the colors of the new line of Hyundai’s. Now, if they made pumpkin spiced Hyundai’s then I could understand. Nah, I still wouldn’t care. Even so, high dudgeon appears to be attainable via the slightest provocation. And never is that more true than in the world of superheroes. What? You thought I was going to dive into politics? Sorry buddy, I gave up low hanging fruit when I dumped all my Florida stories. From Ben Affleck ruining Batman for all, he didn’t, to Gal Gadot not being American, neither was Wonder Woman, to Robert Downey Jr. being a horrible actor, he’s not, to Black Panther being a waste of white people’s money, it wasn’t, etc. On and on it goes. This will ruin civilization, or that will destroy all human morals, or something even more dire. None of the arguments have any validity when looked at logically, but people keep making them.
END_OF_DOCUMENT_TOKEN_TO_BE_REPLACED
An odd phenomena has been occurring in the comic book industry. Revenue generated by things related to comics, movies, merchandise, etc., has been steadily climbing for the last decade. But, and this is important, revenue from actual comic books have been in a steady decline. Both Warner Brothers and Disney have had internal discussions about spinning off DC & Marvel Comics respectively. Quite a large section of the internet has been devoted to what that might, might not, mean. A subset of that has been devoted to what it will all mean to Diamond Distribution, the monopoly of comic book distribution. But a funny thing has been happening on the way to the death of all things. Indy comics have been popping up and filling some voids. Unencumbered by massive overhead and puritanical restrictions, they have been finding wider, and wider, audiences. I have written about a few of these before, and am about to do so again today, and have found a willing market. Those posts get shared, and re-shared, around the world. David Gabriel, VP of Sales for Marvel, famously said the reason for declining sales was diversity. This would be news to the creators who are out there now. From my humble offering, Legends Parallel, which is rated M for Mature and features a predominantly African-American cast, to Valiant Comics’ Faith Herbert series, about an overweight telekinetic girl, to the indy Geek Girl comic series, which has to be read to be believed, to more than I have time to mention, a whole slew of creators are setting the bar high with excellent story telling, beautiful art, and more diversity than you could shake a stick at. 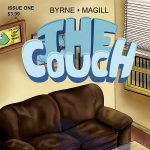 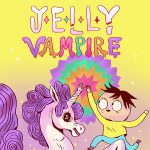 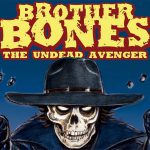 Researching, and then writing, every article up here is a time consuming process. Not only do we verify the links we post here, we ensure that any links contained in the original articles we cite also lead readers to credible sources and not just some blog run by an intellectually challenged penguin. additionally, we answer all emails from readers and people who listen to my weekly guest shot on The Big Wake Up Call. Follow that up with the fact that I’m a professional sci-fi writer, and you can see how time could get a little crunched. And yet we persist. Not for any grand mission but because it’s fun. And part of that fun is finding new creators to share with you. And you. And, of course, you. We could never forget you.

But not you. You’re creepy.

Everyone else is welcome to continue reading.

The first thing you want to check out is The Spatial Shard by G. Russell Gaynor. It’s the prelude to the Edgeworld Series and it’s a rocking good read. Starting with a prison break, where readers have no clue who the good or bad guys are, or even what species, the book essentially starts in the middle of the story and then works its way back from there. It’s a fun technique and a great way to introduce readers to this universe.

The best thing about The Spatial Shard is that it, unlike many contemporary YA books, doesn’t talk down to its readers. It may not delve into the science behind its worlds but neither does it avoid some harsh truths characters are forced to face. For example, Imogene Amanda Schultz a/k/a Genie, has to deal with a mom who keeps redefining what it means to be dead, all while trying to come to grips with the titular shard who has embedded itself in her brain. Oh, and I would be remiss if I didn’t mention her little brother being a border line ninja and a slew of really nasty people who want what’s inside her.

In the tried and true tradition of YA novels the book focuses on a group of kids who grow, and learn, together. That is about the only traditional thing about it. The multi-verse it explores is fascinating. The ramifications of it are a great prelude for what’s to come in future books. And, best of all, the villains operate in gradations of gray. There may be hope for them yet. Or not. We’ll all just have to keep reading to find out.

Click the link above to get your copy and join Genie and her friends on their exciting journey.

Next on your list should be Super Ready Battle Armor by Bradley Adan & Michael Milham. This comic book series is a fascinating mix of old and new. The art hearkens back to the glory days of Love and Rockets while the story telling weaves between surrealism based messianic and urban angst.

The book starts out by introducing us to a neat dude named Infector, Fector to his friends, and a bizarre scientist named Professor Insanus. Infector has the ability to see how much life people have left. Later, after a brutal fight leaves his best friend, B. A., dead in an alley we are introduced to other abilities he has. I won’t give away the ending but Fector is forced to make some life changing choices on his own behalf and on the unwilling behalf of others.

Super Ready Battle Armor is a pleasant surprise all around. The characters are well written and interesting and the art is engaging and edgy. Click on the link above to make new friends and order your copy.

If you’re looking for even more, amazingly cool, indy stuff to make your world better, and all your neighbors jealous, just click here to check out other comics and novels we’ve reviewed.

We’ll delve back into science and stuff later. For now, check out these talented new creators and feel better about yourself.