This is a bit of a read but, and this should help you make it through, it is laden with facts and real world solutions. Yes, I’m talking about guns. No, I’m not asking the gun fairy to make them disappear. This is broken out into three parts. The first section is my opinion with clear reasons stated for having same. The second section involves me leaving my safety zone and joining a group of dedicated NRA members to discuss gun control. You may scoff, but I was glad I did it then and am still glad to this day. Simply put, I learned to separate the corporate megalith that hands out money to anyone who helps them sell guns from the people who are just trying to protect what they have. So we’re clear, none of the people I spoke with carry AR-15s to Taco Bell. But some do own pretty impressive arsenals which they keep under lock and key at home. And then there was me. Back on January 12, 2013, I summed up that day. Before I revisit that conversation, and its results, I’d like to make a couple of things clear. END_OF_DOCUMENT_TOKEN_TO_BE_REPLACED

Way, way, back in November of 2015 I took another shot at tackling the whole superstition thing which seems to gain traction every few decades. We live in a society of miracles and wonders and people keep trying to devolve them to the lowest common denominator. A dog scratches when it has fleas. I scratch my head when I think. That does not mean that thinking causes fleas. Yet, here we are. Thousands of years of progress and you can still buy talismans and magic candles at your local bodega. Just because you avoided learning how something works doesn’t mean you get to make up your own explanation. It means you should freaking learn how stuff works. There are no such things as chem-trails (it’s just heated moisture), rocket exhaust is H20 – not poison gases, and no government is controlling your thoughts through dental fillings. There are other, more effective, methods.

Also, washing your butt will not make you gay and start blowing truckers on the interstate. If that’s all that’s keeping you from cleaning your crack, that ship has sailed. And it was loaded with sea men singing a weeping song.

Okay, let’s try, once again, to kill some myths, restore some sanity, and help reality gain a toe hold in society. 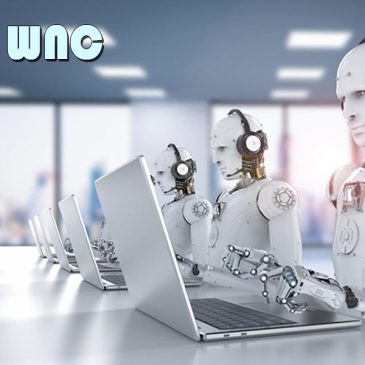 First and foremost, now seems to be a good time to point out that the Big Wakeup Call has a new internet home. No longer satisfied with being the king of Aurora radio, it has moved on to be an international podcast. This makes it easier for our global fans to listen in as well as for curious newcomers to get sucked into Ryan’s wonderful web of wackiness. For today’s madcap episode, feel free to listen first and then come back, we decided to take a look at the progress artificial intelligence (AI) has made in the world of literature. Back in 2017 a programmer named Zak Thoutt programmed an AI (that’s what programmers do) to write Game of Thrones. This is why programmers never get invited to parties. Well, that, and no one really cares about how to manipulate Boolean strings. Not even the pretty girl who forgot her bra and desperately needs a drink can be coerced into caring.
END_OF_DOCUMENT_TOKEN_TO_BE_REPLACED

About a decade ago I did a deep dive into why we have eggs and bunnies as symbols for the resurrection of Jesus. At its face it seems insane. Also, just FYI, no matter which gospel you read, Jesus was coherent upon his resurrection so there’s no substance to the zombie Jesus rumors that pop up this time of year. Oddly, in the grand scheme of things, “zombie Jesus” is the least problematic. After all, despite the trappings we all know, not a single gospel mentions Jesus’ ability to poop eggs or anything like that. Still, a quick look at the Internet or any TV station tells you that bunnies, baskets, and eggs are all the rage. There’s not a single ad for a large stone “You too can roll away!!!” or do-it-yourself stigmata kits for the kids. In other words, something happened to get us from there to here. Now, was that something wildly subversive? Pure evil complete with the obligatory maniacal laugh? Or was it just the way things worked out? Read on and find out.

END_OF_DOCUMENT_TOKEN_TO_BE_REPLACED 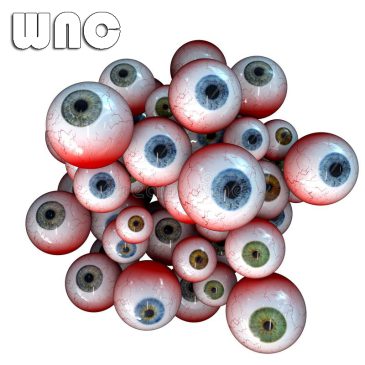 Today, in a rare moment of thievery, I am going to steal an entire column from The Writers Digest. Before I do so I should note that, if you’re a writer, they are one of the best resources out there. Chock full of practical, easy to follow, advice that benefits writers at all levels. Whether you’re uploading your first book to KDP or releasing the fifth book in your trilogy, as I’m about to do, it never hurts to have a resource available to make sure you haven’t missed a step or three. Now, for today’s article, I need to note I’m the assistant editor for ICC Magazine. As such, it’s my responsibility to clear creators for inclusion in the magazine. In many cases I’m also the final author. END_OF_DOCUMENT_TOKEN_TO_BE_REPLACED