You are here: Home / News / I Believe in Santa 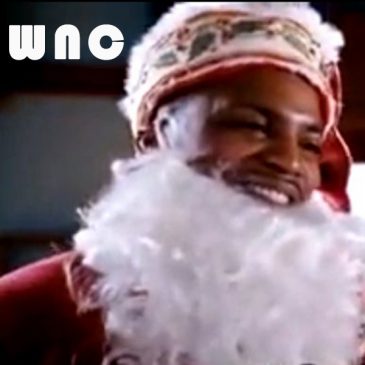 It always amazes me how two unrelated things can suddenly become one joyful thing. I doubt anyone ever said, “Hey! I have a great idea! Let’s add nuclear warheads to Santa’s arsenal!” And, yet, on December 24, 1955, that’s pretty much what happened. A Denver department store put an ad in the local paper offering kids the chance to talk directly to Santa on Christmas Eve. Although much is lost to the mists of time one must assume they had hired, or cajoled, someone to play Santa. As it turned out that dude was in for a lonely night. You see, the company had put the wrong number in the ad. Instead of getting the North Pole kids got the Continental Air Defense Command (CONAD) Operations Center in Colorado Springs, Colo. Their job was, and mostly still is, to make safe our shores and be prepared to drop nuclear warheads on any target ordered by the president. The wonderful film Dr. Strangelove or How I Learned to Love the Bomb may have been satire, but it was based on the command chain at CONAD and this scene could easily have played out in real life.

Fortunately for all, CONAD did not bomb the North Pole.

Instead, when the phone began to ring, Air Force Col. Harry Shoup, the commander on duty that night who answered the child’s phone call, was quick to realize a mistake had been made and assured the child he was Santa. After more incoming calls, Shoup assigned a duty officer to continue answering calls and a tradition was born, that continued when NORAD was formed in 1958. As the night wore on the officers would tell the children where Santa was and then let them know they were making sure he was safe.

Not wanting to keep the fun to themselves, they began sending out updates to radio stations all over the country so they could keep their listeners abreast of Santa’s progress. By the late 60s, Chicagoans could tune into to WGN-TV for hourly updates. Often offered by breathless weather men.

“Santa’s over Tobago now. He says the scenery is beautiful and the natives are friendly!”

As a kid I was glued to the TV wondering when Santa was going to get to me.

Of course, had I developed logic and reason, I would have noted the Santa Tracker updated as each time zone hit midnight. Which makes perfect sense.

As I got older, I would go to my uncle and aunt’s house so we could assemble all the toys after the kids went to bed. In essence, I had become Santa.

And you know what? I still watched the TV to see where he was.

You want to know something else? I still believe in Santa. And whenever someone calls me on it, I point them to an article written on Sept. 21, 1897 by veteran newsman Francis Pharcellus Church. Who was a piece of work in his own right, which makes this all the sweeter.

DEAR EDITOR: I am 8 years old.
Some of my little friends say there is no Santa Claus.
Papa says, ‘If you see it in THE SUN it’s so.’
Please tell me the truth; is there a Santa Claus?

VIRGINIA, your little friends are wrong. They have been affected by the skepticism of a skeptical age. They do not believe except they see. They think that nothing can be which is not comprehensible by their little minds. All minds, Virginia, whether they be men’s or children’s, are little. In this great universe of ours man is a mere insect, an ant, in his intellect, as compared with the boundless world about him, as measured by the intelligence capable of grasping the whole of truth and knowledge.

Yes, VIRGINIA, there is a Santa Claus. He exists as certainly as love and generosity and devotion exist, and you know that they abound and give to your life its highest beauty and joy. Alas! how dreary would be the world if there were no Santa Claus. It would be as dreary as if there were no VIRGINIAS. There would be no childlike faith then, no poetry, no romance to make tolerable this existence. We should have no enjoyment, except in sense and sight. The eternal light with which childhood fills the world would be extinguished.

Not believe in Santa Claus! You might as well not believe in fairies! You might get your papa to hire men to watch in all the chimneys on Christmas Eve to catch Santa Claus, but even if they did not see Santa Claus coming down, what would that prove? Nobody sees Santa Claus, but that is no sign that there is no Santa Claus. The most real things in the world are those that neither children nor men can see. Did you ever see fairies dancing on the lawn? Of course not, but that’s no proof that they are not there. Nobody can conceive or imagine all the wonders there are unseen and unseeable in the world.

You may tear apart the baby’s rattle and see what makes the noise inside, but there is a veil covering the unseen world which not the strongest man, nor even the united strength of all the strongest men that ever lived, could tear apart. Only faith, fancy, poetry, love, romance, can push aside that curtain and view and picture the supernal beauty and glory beyond. Is it all real? Ah, VIRGINIA, in all this world there is nothing else real and abiding.

And, with that, allow me to wish each and everyone of you a Merry Christmas.