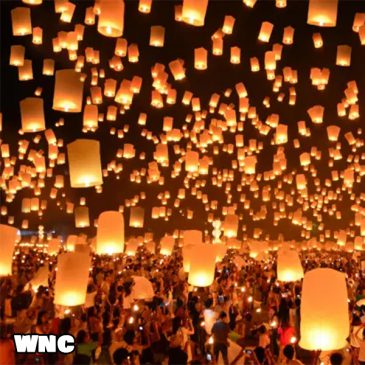 Diwali is one of the most popular holidays for Hindus. And for good reason. It is an unabashed celebration of good. It is not Hindu Hanukah as some have quipped. It is, instead, a five day celebration of the spiritual victory of light over darkness, good over evil, and knowledge over ignorance. The festival began in Southern India millennia ago. It’s mentioned in the earliest Sanskrit texts, which predate the birth of Jesus by over a thousand years. Simply put, it’s been around for a while. In the lead-up to Diwali, celebrants will prepare by cleaning, renovating, and decorating their homes and workplaces with diyas (oil lamps) and rangolis. During Diwali, people wear their finest clothes, illuminate the interior and exterior of their homes with diyas and rangoli, perform worship ceremonies of Lakshmi, the goddess of prosperity and wealth, light fireworks, and partake in family feasts, where mithai (sweets) and gifts are shared. Diwali is also a major cultural event for the Hindu and Jain diaspora from the Indian subcontinent. While primarily revolving around worshipping Lakshmi there are regions where Kali is substituted. While the goddess of death may seem an odd choice for a holiday such as this, it actually works quite well with the origin story.

“An ancient legend ascribes the occasion to an interesting story about the 16-year-old son of King Hima. His horoscope predicted his death by snake-bite on the fourth day of his marriage. On that particular day, his newly-wed wife did not allow him to sleep. She laid out all her ornaments and many gold and silver coins in a heap at the entrance of the sleeping chamber and lit many lamps. Then she narrated stories and sang songs to keep her husband from falling next day, when Yama, the god of Death arrived at the prince’s doorstep in the guise of a serpent, his eyes were dazzled and blinded by the brilliance of the lamps and the jewelry. Yama could not enter the Prince’s chamber, so he climbed on top of the heap of gold coins and sat there the entire night listening to the stories and songs. In the morning, he silently went away. Thus, the young prince was saved from the clutches of death by the cleverness of his new bride, and the day came to be celebrated as Dhanteras.

The following day came to be called Naraka Chaturdashi (‘Naraka’ means hell and Chaturdashi means 14th — think of it as the Vedic precursor to Dante). It is also known as ‘Yamadeepdaan’ as the ladies of the house light earthen lamps or ‘deep’ and these are kept burning throughout the night glorifying Yama, the God of Death. Since this is the night before Diwali, it is also called ‘Chhoti Diwali’ or Minor Diwali.”

The first day of Diwali is called Dhanteras and it carries its own litany of traditions and associations.

On Dhanteras, homes that have not yet been cleaned in preparation for Diwali are thoroughly cleansed and whitewashed, and Lord Dhanvantari, the god of health and Ayurveda (Hindu holistic medicine), is worshiped in the evening. The main entrance is decorated with colorful lanterns, holiday lights and traditional motifs of Rangoli designs are made to welcome the Goddess of Wealth and Prosperity. To indicate her long-awaited arrival, small footprints are drawn with rice flour and vermilion powder all over the house. On the night of Dhanteras, diyas (lamps) are ritually kept burning all through the night in honor of Lakshmi and Dhanvantari.

Dhanteras has come to be known as the most auspicious occasion for buying gold, silver, and other metals, especially kitchenware. The day also sees heavy purchases of appliances and automobiles. Well, Lakshmi is the goddess of prosperity, so that makes sense.

As our world grows ever closer, I think it’s important to celebrate its diversity. Knowing what makes people happy is a great way to get to know them and share in their joy.