You are here: Home / News / You Knew It Was Florida, Didn’t You?

Do you like horror movies? I hope so, because we’re about to live in one. we’re going to do a deep dive into this but, for now, this sentence sums up the idiocy we’re facing; “For the recent public forum regarding Oxitec’s recent permit application in the US, there were 31,174 comments opposing the release of the mosquitos and only 56 in support.” What are we yammering on about? The United States Government, with the blessing of the governments of Florida and Texas, are going release genetically modified mosquitoes into the population. They are doing this over the objections of scientists, ecologists, people with more than a fourth grade education, anyone who’s read The Brittle Riders, and others. It’s a long list. You see, not only is this a bad idea, and I’ll explain why as I go on, it was a bad idea when I first wrote about it in January of 2015. My main concern then is the same as it is now. There has been no, as in fucking none at all, research on environmental impact. Sure, they note that these new Franken-Skeeters can’t harm humans, and that’s nice to know, but what about the animals that eat them, and the animals that eat those animals, and so on?

First, some good news. Even if a female mosquito escapes the lab and bites you, the amount of tainted blood you could receive is ridiculously low. Your body filters out more toxins when you eat a burger.

But, you see, not one person in this article talked about the real concern. And you know why? Because they don’t give a fuck, that’s why.

The problem isn’t that you or I will be ravaged by Franken-Skeeters, the problem is that wildlife eats mosquitoes like I eat spicy food.

So while the scientists involved can, truthfully, say that no humans have been infected by a modified mosquito, that really isn’t the issue. The issue is all the other bugs and birds that will eat the Franken-Skeeters and then, in turn, be eaten by larger animals and then, eventually, be eaten by us. That process can take many years to play out. After all, entire eco systems don’t just crash in a day.

A great example would be fertilizer. On the plus side, it makes plants grow healthier. On the down side, it pollutes the water table so severely as to render it undrinkable. That is further exasperated by the whole process of making commercial manure. Massive quantities of potash and phosphorus minerals are mined and treated and used to ‘enhance’ the manure. Those mining processes are very unfriendly to the environment and the waste they generate also seeps into that water table you were counting on.

You know, to keep living?

Okay, you get the basic idea.

Now, five years have passed, science has had a chance to thoroughly review all the data, controlled experiments have been run and any modifications required have been made.

If you believe that, I have a lovely bridge for sale in Brooklyn.

I’ll let Mark Horowitz, over at Anonymous News, fill you in.

However, there is growing concern among scientists that this technology may not be ready for deployment, and that the risks have not been studied thoroughly enough. Many scientists are warning about the potential unintended consequences that can come from unleashing such insects into the wild. For example, researchers are entirely unaware of what type of allergic reactions that these insects could cause if they interact with people. 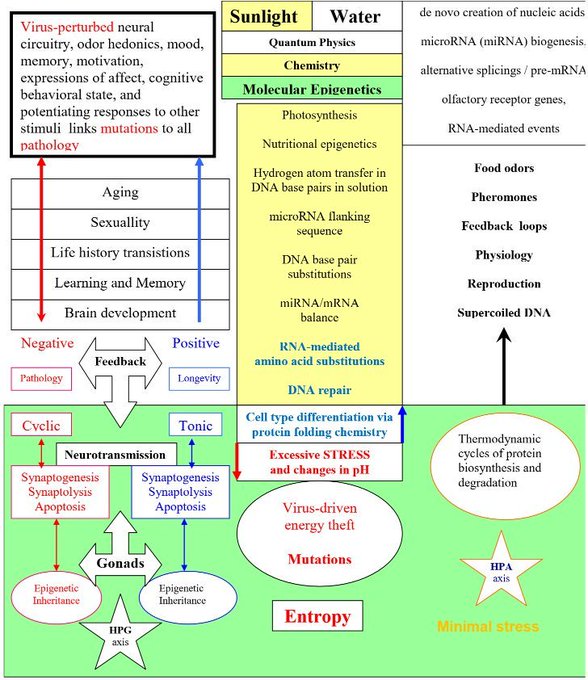 To help with some of these concerns, the Institute for Sustainability, Energy and Environment at University of Illinois Urbana-Champaign hosted a “Critical Conversation” on genetically modified mosquitoes, which involved 35 researchers from various different backgrounds, including academia, governments, and nonprofit organizations. The researchers came from many different parts of the world, and were all experts in mosquito biology.

The ultimate conclusion that the researchers came to was that the process by which this type of genetic modification was sanctioned was not transparent enough, and that the entire risk assessment for the technology needed to be restudied and reconsidered before any further wild experimentation is done. They also noted that the new risk assessment procedures should be more transparent and open to the public so researchers can monitor the studies and be confident that everything is above board.

However, it doesn’t seem that anyone is actually listening to these scientists, because the experiments are planning to go ahead as scheduled and show no signs of slowing down any time soon.

The mosquito manufacturing company, Oxitec, has not presented one impartial review of the science behind the Franken-Skeeters. Back in 2015 that was a cause for concern, now it seems to be proof they’re pleasantly frugal and we should encourage cost cutting when it comes to doing stuff we don’t even remotely understand.

And Florida, of all fucking states, should know what a dangerous idea this is. Back in 2013, and still ongoing, they had an infestation of pythons that got so bad they were causing extinction level events in areas of the swampland.

As History.com noted, the last seven times non-native creatures were introduced to America, devastation followed. For a Midwestern reminder, Google “Asian Carp.” They are, literally, eating their way to the top of the aquatic food chain.

Now, to be fair, the Franken-Skeeters have been released in rural areas in a couple of countries and seem to be doing what they’re supposed to do. The problem is the phrase “seem to” since no one is examining anything but direct human contact. Which, if no humans live within a thousand miles, isn’t really the problem at the fore.

Look, until we get some functioning adults in charge, just stay safe, sane, and inside.