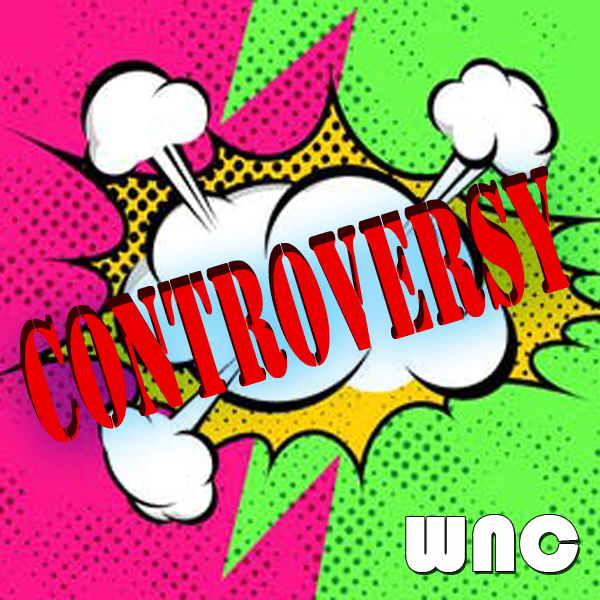 News
The things that set people off into ALL CAPS rages continues to amaze me. From pumpkin spice anything to the colors of the new line of Hyundai’s. Now, if they made pumpkin spiced Hyundai’s then I could understand. Nah, I still wouldn’t care. Even so, high dudgeon appears to be attainable via the slightest provocation. And never is that more true than in the world of superheroes. What? You thought I was going to dive into politics? Sorry buddy, I gave up low hanging fruit when I dumped all my Florida stories. From Ben Affleck ruining Batman for all, he didn’t, to Gal Gadot not being American, neither was Wonder Woman, to Robert Downey Jr. being a horrible actor, he’s not, to Black Panther being a waste of white people’s money, it wasn’t, etc. On and on it goes. This will ruin civilization, or that will destroy all human morals, or something even more dire. None of the arguments have any validity when looked at logically, but people keep making them.

Still, for every rule, there’s an exception. So I’ll start there.

Matthew Byrd, over at Den of Geek tells a perplexing tale.

First, some background. A company called Voidpoint released a game called ION FURY. It is an action based game, as the name might suggest. In it, when you get to certain levels, are homophobic slurs. So, someone says ooops, slurs are removed, life goes on.

“We will absolutely NOT be censoring Ion Fury or any of our other games, now or in the future, including but not limited to by removing gags such as gaming’s most controversial facial wash,” reads a joint statement from Voidpoint and publisher 3D Realms. “We do not support censorship of creative works of any kind and regret our initial decision to alter a sprite in the game instead of trusting our instincts. 3D Realms and Voidpoint stand together on this matter.”

What happened? There’s some debate regarding the specifics of this decision, but it certainly seems like the change of heart was influenced by a series of review bombs on Steam in which users criticized the developers for bowing to the pressure of those who wanted them to remove the game’s controversial content. The studio has since stated that they have removed the word “fagbag” from the game as it apparently was inserted by a developer from a non-English speaking country who didn’t understand what it meant. However, they have no intentions of removing the “ogay” joke.

Ogay, as in Oil of Ogay, which is meant to satirize the Oil of Olay face products.

Are you laughing as hard as I’m not?

Just for the record, these are the same people who tried to release a video game called ION MAIDEN. You will not be surprised to note that the heavy metal mega-gods, Iron Maiden, had something to say about that, and none of it was nice. The game eventually changed its name.

The people who rabidly support the company’s decision are, to be polite, frightening.

On a lighter note, let’s talk about Nazis.

Marvel Comics decided to celebrate its 80th anniversary by releasing a graphic novel celebrating all their heroes who have appeared through the years.

This has to be the hardest thing in the universe to screw up.

Of course they did.

The company that was roundly criticized for its continuing habit of making women background characters, minorities invisible, and hammering on the “white men are heroes, everyone else is an afterthought” for almost fifteen movies, famously addressed the issue by having their Vice President, David Gabriel, state that diversity hurts comics.

Here’s what he said.

“What we heard was that people didn’t want any more diversity. They didn’t want female characters out there. That’s what we heard, whether we believe that or not.”

Broad generic statements like “we heard” or “everyone knows” or, my favorite, “it’s just facts” when nothing could be further from the truth do nothing to accomplish anything other than reinforce myopic beliefs.

When the popularity of Ms. Marvel (Muslim, female, etc.) and She Hulk (green, lawyer, led Fantastic Four in the comics), and Black Panther (black, …, nope, just black), etc., were pointed out he followed up with proof that he’d become enlightened.

“We have also been hearing from stores that welcome and champion our new characters and titles and want more!”

Notice the difference? The hate speech is tossed off as “everyone knows” or “everyone’s saying” but the inclusivity speech is limited to stores. Not fans. Although, by default, stores serve their interests. Not anyone in marketing. No actual reputable survey. Just stores. So, yeah, we’ll keep making money off them until we can’t, then it’s back to Captain Pumpkin Spice and his Fall-Loving Fellas.

Okay, back to Nazis.

Like I said, Marvel was set to release an homage to 80 years of awesomeness. As part of that they hired Art Spiegelman to write a page about Captain America.

In case you don’t know his Pulitzer Prize winning comic, Maus, it’s a retelling of his father’s years in a Nazi concentration camp where Nazis were depicted as cats and the Jews were seen as mice. It’s powerful stuff.

In summation, they hired a guy whose dad was interred by Nazis, who wrote an anti-Nazi comic and won many awards and accolades for it, to write about a superhero who was, fucking literally, created to kill Nazis and sell war bonds for America.

They fired him when he wrote bad things about modern Nazis and those who support them. Dead Nazis are fine to make fun of but we wouldn’t want to hurt the feelings of the nice Nazis who might buy our comics.

You can not make this shit up.

Anyway, according to the modern retelling, approved by Marvel, Captain America was created to stop bad people.

So was Captain Underpants. It seems odd to put the two in the same category.

Before I go on to the idiots I mentioned at the beginning, allow me to point out that Sony has Spiderman, he isn’t going back to the MCU, it was a bad fit making him the head of The Avengers anyway, and there are a plethora of great characters for him to interact with now including Venom, Deadpool, the Fatal Five, the X-Men, the Fantastic Four, and many others.

Based on a pitch I’m not supposed to have heard, Spidey will be back being a neighborhood Spiderman as soon as possible. And, relax, Happy and the cool suit will be there for the ride.

On to Mulan. The original Disney musical, with all its bisexual undertones, was revered worldwide, but not so much in China. Their government censors everything anyway, but this seems like a good way to curry some favor and avoid some hassles (edits cost money). The live action movie will cling to the original four hundred word poem, which is revered in China.

When the Emperor of China issues a decree that one man per family must serve in the Imperial Army to defend the country from Northern invaders, Hua Mulan, the eldest daughter of an honored warrior, steps in to take the place of her ailing father. Masquerading as a man, Hua Jun, she is tested every step of the way and must harness her inner-strength and embrace her true potential. It is an epic journey that will transform her into an honored warrior and earn her the respect of a grateful nation…and a proud father.

No songs. No snappy patter from a mini-dragon. Just the story.

Next on our list is Birds of Prey. The amount of hate heaped on this thing, without a shred of evidence to back any of it up, has been kind of awe inspiring. It’s not a chick flick. It’s not a lesbian foisted fantasy designed to make young girls swear off cocks. It’s just setting up to be a fun movie, that looks like it might be pretty good.

Since the events of Suicide Squad, Batman has disappeared, leaving Gotham City unprotected from crime, and Harley Quinn has left the Joker. When Cassandra Cain, a young girl, comes across a diamond belonging to crime lord Black Mask, Harley joins forces with Black Canary, Huntress and Renee Montoya to help protect her.

That hews close to the comics, has a great set of stories to draw from, and could be the Wonder Woman for goth teens. Plus, Cassandra Cain, in the comics, becomes Batgirl.

This movie could be a great way to bring that character to life.

Okay, let’s hit the hot spots; teen girl, Muslim, Pakistani, and created in New Jersey by a woman. Yeah, that’s got all the buttons trolls love. The comic, although relatively new (it came out in 2014), has been a massive global hit and has fans from all genres cheering her adventures every month. Kamala Khan, the hero of the story, took her name from her idol, Captain Marvel.

Speaking of Captain Marvel, as things sit right now, she’s going to be Valkyrie’s lover in Thor: Love and Thunder. Also, Jane Austin will take over the mantle of Thor. All of this is in line with the comics, but who cares about that? Haters gonna hate.

Oh, God, do they hate. The only thing that could get them more pissed off about this is if Odin reincarnated as a black woman with a lisp.

She-Hulk has been an incredibly popular character since her introduction in 1980. The story of high powered attorney, Jennifer Walters, who becomes a gamma radiated superhero thanks to an emergency blood transfusion from her cousin. Bruce Banner (a/k/a The Hulk), has been one of the most fun storylines going. She’s sassy, smart, had worth before she became green, and is a role model young girls can, and do, love.

Of course we, here at the World News Center, sat down and considered all options before coming up with our reasoned response.