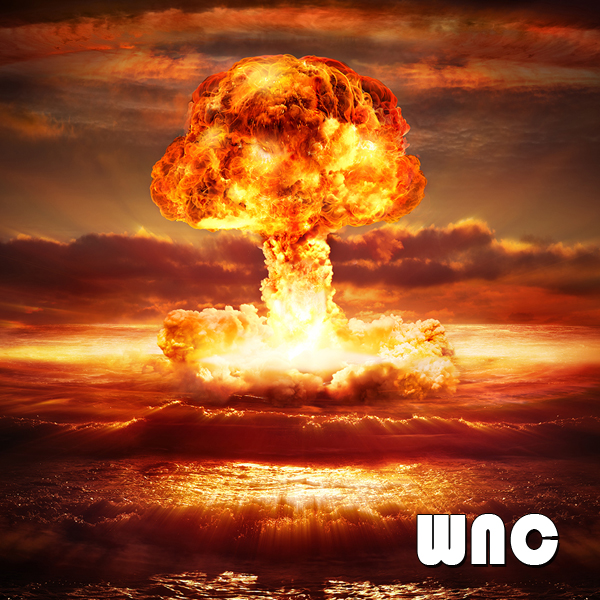 If you’ve wandered near the internet lately, and managed not to run and hide from all the politics, you’ve heard about how Elon Musk wants to nuke Mars and Jeff Bezos thinks that moon hotels are a spiffy idea. Both of these men are smart, stupidly rich, and capable of making their own dreams cone true. There is just a little, teensy, thing that neither man is comfortable admitting; they’re going to cause a lot of people to die for no reason. You see, in layman’s terms, both ideas are stupid. I mean fatally misguided. Essentially, without wasting the rest of your week on boring math, it all comes down to this; on a planet with basic Earth gravity, air pressure, and wind currents, their ideas are fine. Neither location even remotely fits that description.

Let’s parse this out a little so you understand all the issues.

Steven Novella, over at Neurologica, takes a deep dive into the shallow end of the pool since there’s no water to swim in.

Remember that scene at the end of Total Recall when the alien machine melts the polar ice on Mars, and within a minute gives Mars a warm breathable atmosphere? Of course, there was a lot wrong with that scene – not the least of which is that the polar caps on Mars are not composed of anything close to a breathable atmosphere. The northern ice cap is mostly composed of water. There is a thin top layer of carbon dioxide (CO2) ice during the winter that sublimates (turns into gas) in the summer. The southern cap undergoes the same process, and is also made of water ice and CO2 ice, but apparently has more CO2 ice than the northern cap. You will notice there is no oxygen in there.

But could, theoretically, we melt the ice caps as part of a plan to terraform Mars? Elon Musk previously floated the idea of nuking Mars – exploding many nuclear bombs over the ice caps in order to quickly melt them, turning the water and CO2 into vapor and thereby warming the planet and thickening its atmosphere. The result would not be an instantly comfortable and breathable atmosphere, but could take us a long way to making Mars more habitable. Musk’s idea was soundly criticized, but recently he tweeted the idea again (although no one is sure if he is serious or not, or just trying to sell T-shirts), but it has resurrected the discussion about whether nuking Mars is a viable option.

A 2018 paper published in Nature crunched the numbers of what we know about non-atmospheric CO2 reserves on Mars. They counted not just the ice caps, but also the carbon bound in the soil. They concluded:

These results suggest that there is not enough CO2 remaining on Mars to provide significant greenhouse warming were the gas to be emplaced into the atmosphere; in addition, most of the CO2 gas in these reservoirs is not accessible and thus cannot be readily mobilized. As a result, we conclude that terraforming Mars is not possible using present-day technology.

That’s discouraging. There isn’t an atmosphere on Mars waiting to be melted or liberated. There is also the question of whether or not exploding nukes over the poles would even work to melt the ice. By some calculations we would need thousands of nukes per day over weeks to accomplish this. And then, of course, the gases would freeze again, because there is not enough CO2 to sustain warming. So – no “blue skies on Mars” anytime soon.

There’s another silly thing to keep in mind.

There isn’t really any on Mars. There’s none on the moon, but we’ll get to that later. What there is on Mars is wind and dust storms. Now, as the nice people at NASA are quick to point out, there are no hurricanes on Mars. Winds top out around sixty miles an hour.

But, and we all like big butts, Mars is prone to planet spanning dust storms every three Martian years (about five locally). Those storms carry dust and particulate matter everywhere. Now, if you exploded a bunch of nukes, there would be this stuff called “fallout.” It is called that because it falls to the ground. Martian water tables, already thin, would be pummeled with the radiation in the ground on a regular basis.

And, as noted above, there isn’t enough of anything to allow the planet to heat so we would have created a radioactive wasteland and destroy what minimal resources there are. H2O, that stuff we drink is made up of hydrogen and oxygen. You superheat it, cause it separate, and the hydrogen part, which is lighter than air here so forget about Mars, floats away and the residue is useless. A mix of CO2, which is poisonous to us, and CO1, which …. oh, yeah, is also poisonous to us. And pure oxygen, which would be floating around too, is volatile. That means it makes a lovely way to burn things for a brief moment, then it’s gone.

Oh, and before I forget, your bones will rot, your organs will wither, and you’ll probably be sterile.

Isobel Asher Hamilton, over at Business Insider has the 4-1-1.

Being in space for long periods of time has a big impact on human bone density. A 2013 study of 35 astronauts found that on average they lost more than 10% of bone density after flying missions of between 120 to 180 days.

“Mars has more gravity than the ISS [International Space Station] but not a lot, it’s still about a sixth of Earth’s. So you’ve got a serious issue there as to whether people can live there for any serious length of time at all. That doubles down if you want to try raising children and anything that approaches an actual colony,” said David Armstrong, an astrophysics professor at the University of Warwick.

“If trained astronauts, who are prime people, are losing significant amounts of bone density — enough that you’d normally lose by the time you’re 50 and 60 — how could someone live permanently in that environment?” he asked.

Another side-effect of microgravity is a drop in muscle mass. According to Prof. Kevin Moffat, who specialises in human physiology in extreme environments, there’s no proven way of counteracting it.

“There’s all sorts of debate over what happens with muscle conditioning. Tim Peake when he was up there you saw him conditioning himself on these running machines. The evidence is still pretty equivocal whether that really helps very much, but I suspect if I was up there I would do that as well just in case it worked,” he said.

The organ changing part comes from the fact that our organs are built to function in our gravity. So, for example, your heart would start to round out, your ventricles and aortas would function well under peak efficiency, and then you would be susceptible to all sorts of organ related diseases.

Or, as a toddler might say; no blood = not work.

Musk has since backed down, somewhat, and is now proposing solar mirrors. Those have their own problems. But, in essence, there’s still nothing to heat up in any useful way. The only bonus here is that you wouldn’t create a radioactive hellscape.

What’s being proposed isn’t even possible hypothetically. His entire plan is predicated on something called O’Neill colonies.

Bezos also branched out into his far-flung ambitions to put up to 1 trillion people in space with O’Neill cylinders, a hypothetical technology meant to sustain human life.

The spinning cylinders are designed to replicate gravity, orbit the Earth, and give people and plants a place to live.

Bezos described the O’Neill colonies as having “high-speed transport,” “agricultural areas,” and “cities in the background,” with some designed for recreation.

“They don’t all have to have the same gravity,” he said. “You could have a recreational one that keeps zero Gs so that you could go flying with your own wings. Some would be national parks.”

The cylinders are named after the Princeton physicist Gerard O’Neill, who in 1976 suggested that other planets might not be the best place for humans to live away from Earth.

Allegedly the rotation of the cylinders would act as artificial gravity devices. The spin emulating Earth’s rotation. But, to do that on a smaller scale you’d need more spin. More spin means more stress, and there are no materials existing that could even begin to withstand it.

Looked at rationally, the Earth spins at approximately one thousand miles per hour. To scale down the size you must scale up the speed to compensate.

So, it sounds pretty but, if you were inside one, the odds of you being flung out into space as the structure disintegrated are as close to one hundred percent as can be imagined.

Long story short? We’re not even close to making this work. Not at this point in history.

But, and I knew you were going to ask, what about underground cities?

Good for stopping radiation (YAY!), but doesn’t solve any other problems. As in none. All of the problems I listed above, as they relate to health, would still exist.

And then everyone dies.

Not quite the goal.