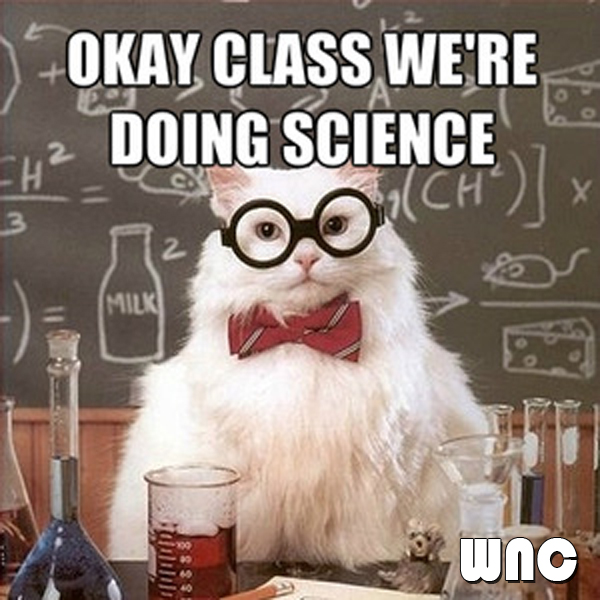 Science is often seen as an immutable thing. It simply is. But, for anyone who’s paid any attention to science, they know that’s woefully misguided. Science, by its very definition, evolves constantly. When new things are discovered that reject old knowledge, the new is embraced. Some things are perceived to be ancient knowledge and aren’t at all. They are merely a product of modern prejudices. For example, while there are morons today who believe the Earth is flat, they are a relatively new phenomenon. Ancient Greeks knew the Earth was round. As did Polynesian sailors. And pretty much anyone involved in trade. Eratosthenes, three hundred years before Christ was born, knew that there needed to be a method of determining latitude so sailors, and other travelers, could figure out where things were on the planet. They also knew they needed to be able to measure longitude. Something you don’t need on a flat planet. The quest for a viable method led governments in the middle ages to offer prizes that would equal millions of dollars today. The British Parliament finally rewarded John Harrison for his marine chronometer in 1773, which allowed sailors to measure the difference between a known time (when you started your trip) and local time (where you were at). That made it easy to figure out how far you’d traveled. Harrison’s invention was quickly surpassed and now we have GPS. Or, Global Positioning Satellites. Globes being round, you can easily infer the globe they use for reference isn’t flat.

Holy God, why am I even discussing this?

Okay, the Earth is round. Can we agree on this? Yes. If you can’t you’re an idiot.

What else can we agree on? Using cats to deliver the mail is probably not the best idea anyone had. But, and this is true, someone had that idea.

Now I Know, a great newsletter for people who want to know stuff, has the whole silly story.

Cats are generally considered lazy, indifferent animals. They may make for good housepets but only on their terms — they’re not playing fetch or anything like that. Oftentimes, they just sit around doing basically nothing — which may make some think that there isn’t much to being a cat. But what if our feline friends have some massive, untapped potential?. According to the New York Times in 1876, that’s what many people thought. That year, the Times published an article which argued that “those who are intimately acquainted with the domestic cat must sometimes wonder why no effort has been made to develop his intellectual powers.”

And the world was about to find out of that effort was worth it. As the author of that New York Times article explained, there was a new organization forming at the time — “The Belgian Society for the Elevation of the Domestic Cat.”

Take a person, drop him or her off in unfamiliar territory, and — without a smartphone (it’s 1876, after all) or even a compass, ask him or her to get home. That’s quite the task, and most of us would fail to do so in a reasonable amount of time (especially without help). Cats, on the other hand, were believed to thrive in that situation. As the Times further stated, “this experiment has, however, been repeatedly tried upon cats of only average abilities, and the invariable result has been that the deported animal has reappeared at his native kitchen door the next morning.”

A great sense of direction and an overwhelming desire to get home? That sounded like something exploitable; what if we could replace some human mail carriers with well-trained felines? That was a hypothesis worth testing, and that year, the Society got to work. Its members borrowed 37 cats and brought them to a central point somewhere outside of the Belgian city of Liege. Each cat was equipped with a weatherproof bag which was loaded with a note for the cat’s owner. Then, the cats were set off on their way home, with nothing more than the collective hope of the Society that these pets find their way.

It worked.  As the BBC later remarked, “all the cats – and notes – eventually turned up.”

Unfortunately, the cats weren’t all that efficient at making these deliveries. While one cat made it home in about five hours, most of the others took an entire day; as Mental Floss half-joked, “it would seem the cats were not terribly interested in relaying messages in a timely fashion.” And besides, logistically, someone would have to go around and collect all the cats each morning. That, as travel blog Culture Trip noticed, is horribly inefficient — “it’s easier to drive around delivering letters yourself instead of tying them to a cat’s neck, leaving it in a field and hoping it will make its way back home,” especially when you have to go get the cat in the first place.

The Belgian experiment, sadly for the cat-lovers out there, was a failure, and the kitty-driven postal service never came to pass. As for The Belgian Society for the Elevation of the Domestic Cat, it didn’t make it into the 20th century.

Some theories at least have the benefit of fitting known science at the time. From Johann Friedrich Meckel’s belief that humans were the perfect life form and the proof of that was how an embryo developed. From its fish stage (all embryos have gil slits), to its simian inclinations, to its birth. This proved that humans passed through each level of organic development to emerge as the perfect result. Nice to think so, but wildly untrue. We just have some common ancestors. See Darwin for reasons why.

Or James Hutton’s notion that the Earth was a living organism which repaired itself. In his version of the world man could do no harm to the planet since it constantly regenerated.

Yes, he was wrong too.

The Conversation, a fun site, has a nice litany of stuff scientists believed that turned out to be untrue. But, and this is key, science admitted it was wrong and moved on.

However, sometimes what gets foisted on the world is flat out dangerous. Back in 2000 Discover Magazine, the former home of WNC supporter and super cool scientist Ian O’Neill, told the tale of chicanery that endangered millions of pregnant women.

The Debendox Debacle
William McBride, an Australian obstetrician, was hailed as a whistle-blowing visionary in 1961 when he sounded a warning about the dangers of thalidomide, a sedative prescribed for anxiety and morning sickness. In a letter to the journal The Lancet, McBride suggested that the drug was causing infants to be born with severe limb deformities. Although McBride’s hypothesis was based on limited anecdotal observations, subsequent studies proved him right. Thalidomide was removed from the market, and the drug became almost synonymous with pharmaceutical malfeasance. Two decades later, in 1982, McBride published a report about a morning-sickness drug called Debendox that, he claimed, clearly caused birth defects in rabbits. Merrell Dow took the drug off the market amid an avalanche of lawsuits. But there was a problem. McBride had altered data in research carried out by assistants. The results showed Debendox had no ill effects. After years of investigation, McBride was found guilty of scientific fraud in 1993 by a medical tribunal.

There have been enough warnings of how science needs to police itself better. For example, in 2010, several journals reported the amazing research of a guy whose email address was ohm@budweiser.com.

No, I’m not kidding.

That epic contained these gems;

Computer magnification is a Universal computer phenomenon.
& This is a problematic problem.

Slowly, however, the desire to whip stuff out of the lab, or someone’s ass, is being stunted by scientists who are now asking hard questions like “Really, you work for Budweiser?”