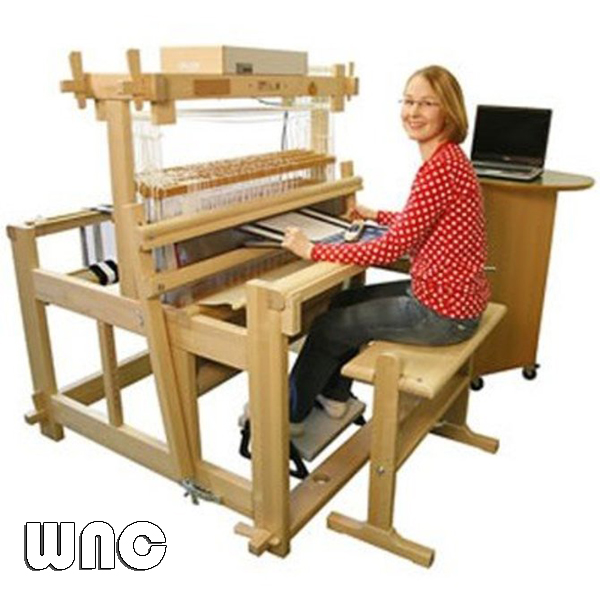 News
Once upon a time, it was a dark and stormy night, and the wind smelled like rain. Even if that’s true none of it is relevant here today. Nope, today we’re going to talk about how things end up meaning something even if there’s no way you could have seen that coming. For example, in 2012 I wrote about how weavers needing consistent patterns led to modern computers. No, I’m not drunk.

Here, see for yourself.

For example, computers came about because of looms. Looms were, and still are, machines that could weave loose threads into fabric and the resulting fabric could be used to make clothes which are handy things to have. Especially when it’s cold. What does any of that have to do with computers? Well, weavers wanted a way to keep the designs consistent. So they developed these cards that, when fitted over the spindles of the loom, would allow only certain threads to be worked at certain times. This automated process worked perfectly. It allowed weavers in one part of the country to outsource their work to another part of the country simply by sending them a pack of the cards. The work would be identical as long as the same threads were used. It didn’t take long for smart people to figure out that what was really happening is that data was being stored (the design of the end fabric) and shared. And if you can store one kind of data you certainly should be able to store others. The first uses of these newfangled cards not related to keeping us clothed was a calculating machine. Probably made to count the profits of the weavers. By the late 1800’s machines were used to store census data so that the government could have a real idea of who was where and what they needed. All of these still used the same card types as the looms. In fact it wasn’t until the microprocessor was invented in the 60’s that those cards fell out of use. In other words, a loom worker, called a spinner back in the day, from 1750 could easily have understood the programming of an IBM business computer in 1960. The cards, and their basic purpose, were essentially identical.

So, just because someone wanted their fleur de lis to be the same every single time, we now can take many pictures of food and cats and share them on the Internet.

Anyway, I told you that story so I could tell you this one.

Back in 2011 I wrote a blog about how Nazis faked a UFO crash. They did this to explain where all their new tech was coming from and to fool Neville Chamberlain into thinking they were adhering to the Treaty of Versailles. Fool and Chamberlain belong in the same sentence. He was a dedicated moron, to say the least. He bought it hook, line, and sinker and the imaginary space-race was begun. By the early 40’s both Russia and the US claimed to have captured crashed UFOs of their own.

It’s a fun story and you should read it if you have the time. But I want to talk about what happened next.

Science fiction author, futurist, and really smart human, David Brin shared my story with some of his sciencey type buddies. They, in turn, shared it with their pals. And those pals happened to be the kind of people who are actual rocket scientists. Which led to me getting an email, my address is on the bottom of every blog, from a man named Professor Xi.

Since I’m an international bon vivant, and man about town, he, naturally, assumed I was fluent in Chinese. He was wrong, but it’s nice to know really smart people think I’m in their league.

Long story short, we ended up being pen pals once we found a translator. Said translator was provided courtesy of the Chinese government. You see, Professor Xi is a real rocket scientist who works for the Chinese Space Agency.

Well, a few months ago he emailed me to tell me about a project he’d worked on which was nearing completion. His government was going to make any data it accrued available to scientists the world over. I saw many ways for this project to fail and I didn’t want to be seen as making fun of my e-pal, so I kept the story to myself, with the caveat that I’d write about it if it succeeded.

And, oh boy, did it ever succeed.

His team, in conjunction with numerous colleges and universities, created a lunar vehicle that was able to drop a rover on the dark side of the moon, map said dark side, get plants to sprout on an alien world, and inspire cool toys.

The main vehicle, the Chang’e 4, and its lander the Yutu 2, is an incredible accomplishment.

Thanks to the Chinese Space Agency we now know we have the technology to navigate a vehicle in space without human guidance. On the dark side of the moon there is no way to directly communicate.

We also know that it’s possible to grow plants on an alien world so future colonists need not starve.

We now know that a simple solar battery is all that’s needed to keep those plants alive, even in the wildly fluctuating temperatures on the dark side of the moon. They swing between nearly 200 degrees by day to almost negative 200 degrees by lunar night.

Simply put, we now know that the many limitations on manned space exploration have been greatly reduced. We still need to work on surviving solar radiation and life without gravity.

But, hey, a problem accurately defined is a problem that can be solved.

Or so really smart people have told me.

So, today, I give a tip of the hat to all the fine people at the Chinese Space Agency who managed to accomplish something few thought possible (I know I didn’t), and to do so on their first try.

Who knows what the future will bring.