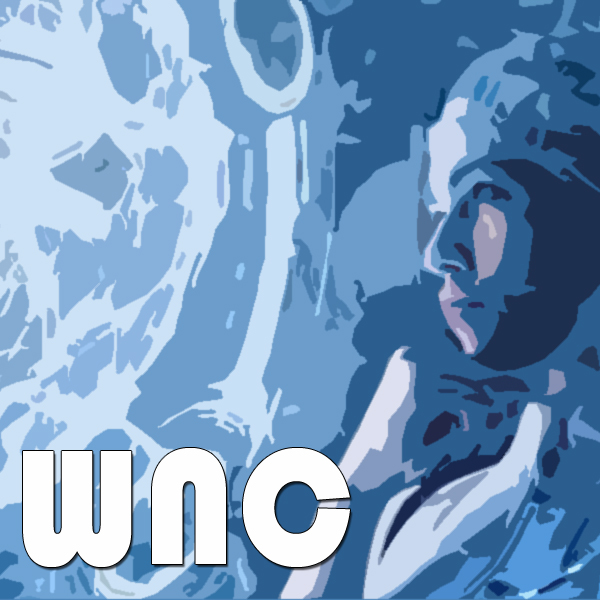 I like to dive into the wonderful world of weird science from time to time. Often I find stuff that will be possible in a few years, decades, or eventually. But, sometimes, I find myself gobsmacked by what’s happening now. What’s available now. What could save your life, extend it, or just make it more palatable. The American Certification Agency for Healthcare Professionals took a look at what’s out there now and its efficacy.

Some of this stuff is stuff I’ve talked about before, in the sense that it might, probably could, happen. This list is what is happening or is so close to being out there for you to access it may as well be now. And it’s pretty amazing.

REGENERATING BODY PARTS Regenerative medicine is a branch of science that works to find ways to regrow or replace damaged tissue and organs. In 2017 Ohio State researchers developed a new technology called tissue nanotransfection (TNT Technology). This technology is embedded in a tiny chip and can reprogram skin cells to repair organs and blood vessels. The noninvasive procedure involves placing a postage-stamp-size chip on the skin and sending a small electric current through it. The process delivers DNA vectors into the body in less than a second.

** A NOTE ON THIS ** Human Limb Regeneration has moved well into the testing phase on human subjects. The link I provided is to a blog which posts, clear language, updates on the science. This is no longer a matter of if, just when. And when is a lot closer than you might think.

A SMART-PHONE HEART MONITOR Pending FDA clearance, consumers will be able to get ECGs by simply placing a finder on the band of an Apple Watch. AliveCor, which produces the monitors, is also collaborating with Mayo Clinic to develop an artificial intelligence system that can predict from an ECG if a patient has too much or too little potassium in the blood and is at risk of sudden death.

LIQUID BIOPSIES Biopsies are used to detect changes in people with metastatic cancer. Liquid biopsies could eventually help diagnose new cancers early, when they are most treatable. This latest development in tests is so comprehensive that doctors don’t even need to know what genetic mutation they are looking for.

** A NOTE ON THIS ** By removing the need to pinpoint which variety of cancer a patient has, and catching it early, treatment can be less invasive, less life-altering, and more comprehensive.

A FAST-ACTING DEPRESSION DRUG Ketamine, an IV anesthesia drug, has been discovered to lift treatment-resistant depression in a matter of hours. It is the first drug in 50 years to affect various neurological pathways to alleviate depression. However the effects last only 7 to 10 days and it is unclear whether repeated transfusions will be safe. Ketamine can also elevate blood pressure and sometimes trigger hallucinations. Researchers are studying similar drugs that may not have such dire side effects.

** A NOTE ON THIS ** This treatment has been greenlighted and is being used on people who suffer severe depression that isn’t receptive to other cures. It’s not for everyone, but you can watch this video to see how it works.

EARLIER PANCREATIC CANCER DETECTION Usually by the time pancreatic cancer is detected the tumors have spread and the diagnosis is lethal. By reverse engineering late-stage cancer cells to their stem-cell state, researchers have identified two key proteins that appear in the blood of patients when they develop the disease. The test could be ready for use within a few years for people at high risk for contracting the disease.

SURGICAL SUPERGLUE After studying the mucus secreted by slugs when they are startled, scientists have developed new superglue that can be an alternative to surgical stitches and staples. The hydrogel is made of biomaterials that replicate the mucus and is strong, non-toxic, flexible and able to stick to wet surfaces – even those covered in blood. Now they are working on make it biodegradable so that it will dissolve after use.

DEEP BRAIN STIMULATION FOR STROKES Cleveland Clinic researchers conducted the first-ever deep brain stimulation therapy in a stroke patient this year. The patient regained more of her motor function than expected. The therapy is ongoing since the patient continues to improve. There are strong indications that the therapy will be useful in helping people recover physical function after a stroke leaves them paralyzed or faced with other disabilities. Deep brain stimulation has been used with Parkinson’s patients and fosters new neural connections and can improve plasticity in the brains of stroke patients… It may also boost the effects of standard physical therapy. There are plans to try it in more stroke victims this year.

3-D PRINTED SPINAL IMPLANTS Several of these 3-D implants are made from titanium powder and designed with rough surfaces and porous structures, which allows them to integrate more quickly and completely into the body. They are designed to allow bone to grow onto and through the implant. There have been two 3-D implants cleared by FDA this year. One can stabilize the spine where portions of the vertebrae were removed. The other can be implanted in patients with disorders of their sacroiliac joint, which is the cause of almost one-quarter of all chronic back pain.

CONTACT LENSES FOR MORE THAN VISION Researchers have developed transparent sensors that can turn lenses into sophisticated health monitors. They believe that they can integrate more than 100 sensors into the lenses. Blood glucose monitoring through contacts could help people with diabetes who must repeatedly stick their fingers to track blood sugar. The contacts might be able to detect cancer early, tack stress hormones, or even improve athletic performance. These contacts could be available for purchase in about 5 years.

NO DRILL TOOTH REPAIR London researchers found that small amounts of tideglusib, an Alzheimer’s drug, promotes the growth of dentin, the material under enamel that can repair teeth, and jump-start tooth regeneration. Their works shows that teeth can repair themselves naturally, using stem cells to stimulate the growth of dental tissue. Dental fillings could become obsolete.

NEW DRUG FOR OVARIAN AND BREAST CANCERS A new type of drug, called a PARP inhibitor, can sometimes delay the progression of ovarian cancer for up to 2 years and may also be effective against breast cancer. Two of these drugs are now on the market. It was initially believed that the medications would work only in women who carry BRCA1 and BRCA2 gene mutations. Now it looks like this drug can be used in all relevant ovarian cancer patients.

PERSONAL ROBOTS This year personal health care robots moved into patients’ homes to help people manage chronic illnesses like RA, late-stage kidney disease and CHF. The electronics in the robot allow it to monitor medication use, motivate patients to follow doctors’ order and connect people with doctors and/or pharmacists as needed.

ANTI-INFLAMMATORY CARDIAC CARE Researchers showed a clear link between heart disease and inflammation. A study which followed 10,000 heart attack survivors showed that anti-inflammatory drug injections reduce the chances of getting a second heart attack or stroke by 15%. Cardiologists may soon be able to tailor heart disease treatments for different groups of patients, distinguishing those at risk due to high cholesterol from those at risk due to inflammation.

DNA EDITS TO ELIMINATE DISEASE Scientist successfully edited DNA in human embryos for the first time this year, removing a genetic mutation that causes sudden death. This raises the possibility that families could prevent their children from developing diseases like Huntington’s, Tay-Sachs, and cystic fibrosis. However, because of a federal ban on clinical trials that involve genetically modified embryos, they won’t be able to implant fertilized eggs into women in the US.

VIRTUAL REALITY THAT GIVES REAL LIFE PAIN RELIEF Studies suggest that virtual reality therapy could reduce pain as well as potent drugs do. Research from California stated that patients that watched uplifting videos through virtual reality goggles had pain that dropped by 24%. Those with the most severe pain got the most relief. This therapy seems to work as well as or better than opioids. A new type of medical professional will emerge – a virtual therapist, who will assess patients and prescribe specific virtual reality experiences from sitting on a beach to flying in the skies.

PIG ORGAN TRANSPLANTS FOR PEOPLE Scientists have created designer (genetically modified) piglets so that their organs could be transplanted more safely to humans. They have used a new gene editing tool to eliminate more than 2 dozen copies of pig genes that could produce dangerous viruses in humans. The hope is that “xenotransplantation” – the process of transferring organs from one species to another, could finally become a reality.

GROUNDBREAKING GENE THERAPY A new treatment called CAR T-cell therapy customizers a drug for each patient, collecting each patient’s immune cells and then genetically modifying them to kill cancer cells. It is hopefully a long-lasting or even permanent living treatment with the patient.

** A NOTE ABOUT THIS ** This is currently being used in the U.S. only and there are strict restrictions on its use. But, in cases that qulify, it’s been a godsend.

AN ANTI-AGING DRUG Researchers identified a compound called NAD that cells use to repair damaged DNA. Normally NAD is a substance that declines as a person ages. It has not yet been determined if the compound created, NMN, is safe for people. Compound might be available in 5 years.

VOICE ANALYSIS TO DETECT DISEASE Several companies are working on how subtle voice characteristics can detect physical and mental illnesses. A Mayo Clinic study found more than a dozen voice features associated with heart disease – including one associated with a 19-fold higher likelihood of heart ailments. Scientists are now working on one to detect depression. Subtle changes in how we sound can be measured to reflect the underlying health of the nervous, muscle, and respiratory systems. Voice analysis along with the use of digital assistants could be warned that their voice shows early signs of depression.

A PLANT- INSPIRED HEART SAVER When a heart attack occurs, the main issue is to find a way to keep oxygen supplied to the heart. Researches think they have a new way to supply oxygen to damaged tissues by replicating photosynthesis, a process by with plants use sunlight to convert carbon dioxide into oxygen. In animals, those that underwent the therapy had 25% higher oxygen levels.

There you go, twenty things happening right now, many of which are out of the bottle and working their way into common use.

https://vimeo.com/140161428
Listen to Bill McCormick on WBIG (FOX! Sports) every Friday around 9:10 AM.
contact Bill McCormick
Your Ad Can Be Here Now!