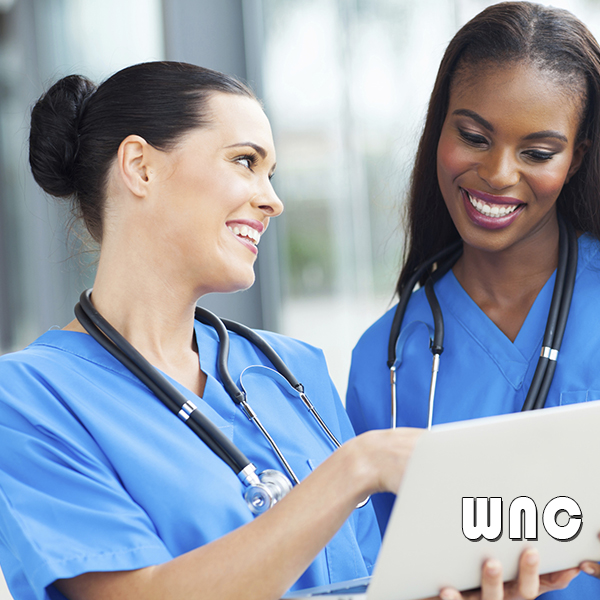 News
Lilfe’s a funny old thing. You show up, with no input on when or where, you hang around for a while, then you die. Some make the most of their time here on this rock, other’s not so much. But, for some, choices are denied them. Somehow their bodies break down and cause them endless suffering. Yes, I’m aware some people’s brains break down as well, but today we’re just focusing on the flesh. You know, that tacky bag of epidermal tissue that tends to wrinkle and holds your bones and organs in. Anyway, a list of common diseases tend to roam the earth denying people their lives. They all tend to force the person to dramatically alter their lifestyle, eating habits, social constructs, and then they kill the person anyway. Some slower than others, but the end result is the same.

Or, in some cases, the person lives a normal span of years but is in constant discomfort or denied simple pleasures the majority take for granted. Things like sight come to mind.

Chris Morris, of CNBC, assembled a list of ways that some of the most persistent genetic imperfections may finally be dealt a death blow of their own.

The Cleveland Clinic, for the past 10 years, has put together an annual list of expected medical innovations for the coming year. In that time, says Chief Wellness Officer Dr. Michael Roizen, who leads the initiative, the group has truly missed only one prediction. While the group has occasionally been a bit premature in some of its estimates, he says, the predictions have ultimately come true.

To make the predictions, the group interviews more than 150 physicians, 30 to 40 venture capitalists and a handful of media who cover the medical industry across the country to get their collective thoughts on what’s imminent. That list is then honed, eliminating long-shot candidates, and goes through a double-elimination vote among physicians and venture capitalists. Nominees are thoroughly vetted, and the groups eliminate candidates throughout the process.

Here’s some of what the group expects to see this year.

In a historic move, the FDA has approved gene therapy for inherited retinal diseases. The approval signals a new era for gene therapy, which suffered setbacks for years but is now pressing forward.

Patients that have a defective gene called RPE65 — which is responsible for producing a protein that makes light receptors in the eye — suffer from leber congenital amaurosis and retinitis pigmentosa, yet now have hope.

The treatment made by Spark Therapeutics is called Luxturna. It is injected into the eye and uses a benign virus to deliver healthy copies of the gene to the retina.

While not a cure, it can improve eyesight substantially, according to researchers. But it comes with a whopping price tag: $850,000 per onetime treatment.

This breakthrough can be a big first step in medicine. “If you look at cancer, we know the majority of cancer starts with a DNA defect,” Dr. Roizen says. “And that DNA defect can be corrected or ameliorated. Say you have a family who has in vitro fertilization; they will examine the genes of the embryo before it gets implanted to see if it has any problems — and if so, can we intervene and change that problem? … This has a huge potential that is just going to start to break through.”

The Cleveland Clinic’s not the only group that’s bullish on gene therapy. Health24 listed it as one of the 10 advancements to expect this year as well.

A number of trials are testing this theory now to see just how low LDL levels should go. Doctors now have the tools and research to help reduce cardiovascular death.

A new kind of patient monitoring

Part of the reason an intensive care unit is so chaotic is because alarms are constantly going off — and they’re not always critical. (One study, says Roizen, found that 80 percent of hospital alarms were deemed unnecessary.)

Big data is starting to inch its way into the hospital and this year could be a turning point, as “mission control” operations monitor those alarms and alert staff when things require intervention. Those stations can spot trends that harried health-care employees can’t as they rush from crisis to crisis. And using artificial intelligence algorithms, they can predict which patients will get in trouble and let doctors and nurses intervene, ideally before it becomes critical.

Similarly, hospitals are discharging patients quicker than ever these days. But follow-up appointments with doctors can be challenging — and are certainly inconvenient, since the patient has to drive (or be driven) to the doctor’s office for what often amounts to a five-minute appointment.

“Well over 80 percent of our post-op patients now see their surgeon every day via … an app on the iPhone, where they can show the wound and talk to the doctor,” says Roizen. “It’s an ease of convenience so the patient doesn’t have to come in for the one-week checkup. Instead, they can be seen every day.”

Sleep apnea affects 22 million people and can lead to high blood pressure, heart disease and stroke. Popular treatments, like a CPAP machine, might be effective, but they still make sleeping difficult for people with sleep apnea. That’s why it is estimated that more than 40 percent of sleep apnea patients refuse to wear the device.

Neuromodulation is a new way to treat apnea. Think of it as a pacemaker for poor sleepers. The implant is controlled by a wearable patch that is worn during sleep that stimulates the patient and ensures key airwaves are kept open during sleep. Clinical tests have been encouraging, and they’re certainly more comfortable for patients than a CPAP device.

“It’s really in its infancy, but this will replace CPAP in 50 to 70 percent of patients eventually,” predicts Roizen. “It will bring partners together again, as opposed to them sleeping in other rooms.”

Diabetes kills more Americans every year than AIDS and breast cancer combined, according to the American Diabetes Association. Now the 1.25 million Americans who suffer from Type 1 diabetes might have a ray of hope on the horizon: A hybrid close-loop insulin delivery system that began rolling out last May.

The technology, essentially an artificial pancreas, is expected to become more widespread this year as more patients demand the technology and more insurers reimburse the system. It uses computer algorithms to automatically and continuously deliver an adequate supply of insulin to the body. Approved by the FDA, it enables direct communication between a glucose monitoring device and an insulin pump to stabilize a person’s blood glucose level.

Ultimately, that could be good news for people with Type 2 diabetes, which is much more common.

Before anyone takes time out of their busy day to hit me up with an ALL CAPS email telling me about the horrors of BIG PHARMA I feel I should point out that they’re wrong. It’ll save us all some time. The idea that major competitors could even begin to collude at the level such a hypothesis implies transcends ludicrous. Especially when doing so would violate their own self interests. And, more importantly, there are plenty of illnesses out there that are better money makers. It’s why you see rack after rack of allergy medicines but none for insulin pumps. Even if cancer was cured it wouldn’t really effect their bottom line. They put a ton of money into research on diseases and freeing up that cash for other things wouldn’t upset them at all.

Now, as to what you just read.

Vaccines cure diseases. They don’t cause autism. The cures, or symptom reliefs, mentioned above can, and will, make lives better. And that is key if people are going to start living for hundreds of years.

I recently wrote about how science is rapidly approaching a problem no one ever considered. The question of “how long you wish to live?” may be replaced with “when do you wish to die?” Add into the equation that you may soon be able to download your conscience into an artificial construct, and taking care of your body so it can explore all its options suddenly becomes very important.

Even if you do decide to download your mind into a robot that doesn’t mean your current body has to cease to exist. You could hang around with all your pals and send a simulcram into space, or to live somewhere else, or control your business while you spend time on the beach.

The possibilities are endless.

And they are rapidly becoming real.