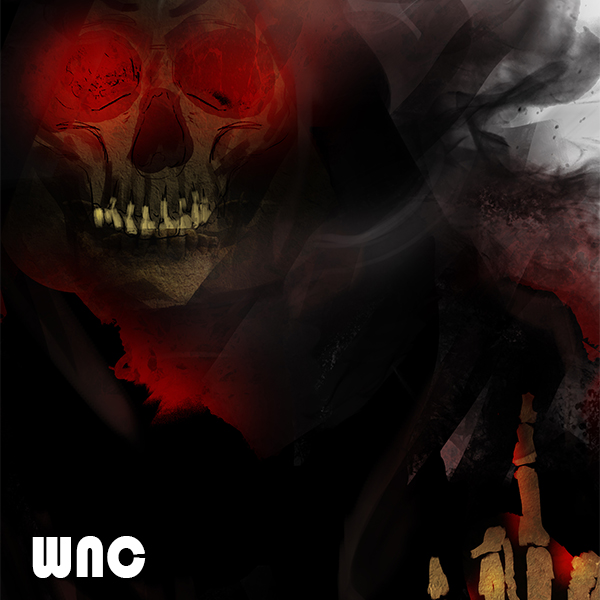 No matter what god or gods you believe in, if you’re a spiritual person you have some concept of what happens to you after you die. Religions are, after all, a guide for how to live this life so that your next will not be awash in torment. Even if you’re not spiritual, being nice to people and treating them with respect isn’t a bad way to count your days. All that being said many people think that science and religion are too disparate to be welded together. I’m not sure I agree. Both are looking for the ultimate answers to all things. It’s just that religion starts with the answers and back fills the discoveries in and science starts with nothing and looks to front fill their world. My guess is that, someday, they’ll meet in the middle. Then, who knows?

One of the things science has started taking a look at is the concept of an afterlife. I’m not just talking about the religious versions, but the nuts and bolts of it. Can our ancestors speak to us? Do we go somewhere when we pass from this mortal coil?

Maybe is the general answer. The longer version follows. And it starts with worms.

The nice folks over at IFL Science tell about the joys of worm genes.

First, let’s step back a bit and take a look at the basic science behind this highly peculiar characteristic of biology.

Your genes are inherited from your parents, and theirs from their parents before them. If these mutate, your genetic inheritance changes with it. However, changes to how your genome “expresses” itself – how it behaves, essentially – can also occur due to environmental changes, like ingested chemicals, exercise, and psychological issues.

When your ancestor goes through a period of excessive stress, this “experience” can be added to your genome. An extra layer of information is placed on top of your DNA sequences. The DNA sequence itself doesn’t change, but its “clothes” do, so to speak. Generally speaking, this is known as the vaguely defined field of epigenetics, which means “outside genetics”.

The authors of a new Science paper describe it more precisely as “transgenerational transmission of environmental information.” It has already been seen in humans – Holocaust survivors’ descendants, for example, have lower levels of the stress-hormone cortisol in their blood, which means they’re more vulnerable to stress and fear.

This particular study looked at C. elegans nematodes, types of roundworms with very short lifespans. The researchers genetically engineered them to carry a glowing gene, a protein that fluoresced, so they could track it under UV light.

Incredibly, when these worms reproduced, this memory, via this glowing gene, was passed on through an unprecedented 14 generations, no matter whether they received it via eggs or sperm. This means that their offspring would be “aware” of the warm environment even without having experienced it themselves.

“We don’t know exactly why this happens, but it might be a form of biological forward-planning,” lead author, Adam Klosin of the European Molecular Biology Organization, said in a statement.

“Worms are very short-lived, so perhaps they are transmitting memories of past conditions to help their descendants predict what their environment might be like in the future,” co-author Tanya Vavouri, a researcher from the Josep Carreras Leukaemia Research Institute in Spain, added.

In short, memories can be passed from one generation to the next. It’s doubtful that humans could pass something as obvious as a specific trait, as evidenced in the worms, but elements of traits do appear to come down. You “take after” relatives because genes somewhere in your familial history espoused those traits and passed them along. Not just hair or eye color but a love of music or art or something else intangible.

Going even further, Katherine Gillespie, of VICE, interviewed Dr Berit Brogaard, a University of Miami philosopher specialising in the areas of cognitive neuroscience and philosophy of mind to see if those memories could be accessed.

What evidence have we seen of this happening?
** There’s evidence in rodents that you can breed learning how to run a maze into the next generation. So that’s something that has been shown rather recently: that if rodents find themselves in a certain maze, and their parents had learned some things about the maze, then the little rodents don’t have to start from scratch when they learn to navigate it. This at least shows that it is possible that you can have some memory in your genetic material and this material is carried on.

What’s the relationship between memory and instinct—is it possible that our survival instincts are based on the memories of our ancestors?

** In some sense, instinct could be considered a form of memory from our ancestors. Instinct is carried on in the genes—so in that sense it’s genetic and it shapes your brain in a certain way. To that extent, it resembles memory, because it’s also the way of wiring the brain a certain way. So we could consider instinct as a simple form of genetic memory, though usually when people talk about genetic memory, they are interested in something more superficial.

Like specific memories from the life of a great grandmother, or something like that.
** Yes, whereas instinct is more a way of remembering something that has been carried on through the generations from ancestors. A good example would be how babies have an instinct to actually crawl towards their mother’s breasts so they can breastfeed, even though they lose that ability afterwards. And that’s an instinct of family that’s been carried down, maybe from a time where the mother may not have been fed enough to take the infant to her breasts if it was a really difficult childbirth. But that’s not the episodic “great grandmother” memory most people want.

Make sure to click on Katherine’s name to read the entire interview. It’s fascinating and enlightening.

Even if you can’t find out what your great grandmother made for dinner one hundred years ago, you might be able to unlock her ability to play piano or some other skill. Keep in mind, if the research with the worms pans out and there is a fourteen generation limit, you’re still talking about being able to access the skills of over 8,000 people who are responsible for your existence. That’s a lot of skills available to you.

So, okay, this could account for some of the past lives and other experiences many tend to write off. But what about our immortal souls? The ones we’re supposed to care for in this life to prepare for the next?

At its most basic a soul is considered to be something that lives inside us and then transfers out of us when we die. Science says we got the basics covered.

Jaime Trosper, over at Futurism, explains.

If nothing else can assuage some of the fear of death, the below advice from physicist Aaron Freemen via NPR should do it:

You want your mother to know that all your energy, every vibration, every Btu of heat, every wave of every particle that was her beloved child remains with her in this world. You want the physicist to tell your weeping father that amid energies of the cosmos, you gave as good as you got.

And at one point you’d hope that the physicist would step down from the pulpit and walk to your brokenhearted spouse there in the pew and tell him that all the photons that ever bounced off your face, all the particles whose paths were interrupted by your smile, by the touch of your hair, hundreds of trillions of particles, have raced off like children, their ways forever changed by you.

And as your widow rocks in the arms of a loving family, may the physicist let her know that all the photons that bounced from you were gathered in the particle detectors that are her eyes, that those photons created within her constellations of electromagnetically charged neurons whose energy will go on forever.

You can hope your family will examine the evidence and satisfy themselves that the science is sound and that they’ll be comforted to know your energy’s still around. According to the law of the conservation of energy, not a bit of you is gone; you’re just less orderly.

You see, neither matter nor energy can be destroyed. You, and all your elements, are forever a part of the universe. Just as you are made up of all the parts which came before you, your life adds to the miasma of it all when you pass.

I hope, for now, that’s enough to bring you comfort.