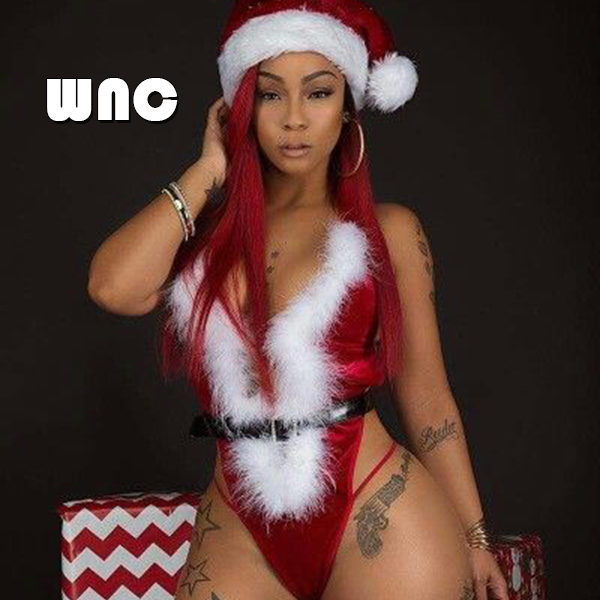 News
Back on Christmas Eve, 2012, I tossed up this festive article about holiday traditions. A couple of things happened today to make me dig it out of mothballs and toss it back to the forefront of your mind. First, and by far foremost to me, Slashing Through the Snow: a Christmas Horror Anthology is out in time for the holidays and has the good fortune to count me among its authors. Second, probably more salient to you, is the fact that Edith Carlin, of the Aurora Carlins, asked me to. Since she and all the others who listen to me ramble every Friday on The Big Wake Up Call are why I get to keep doing that, making a listener happy is kind of part of my job. Also, Edith promised to split the dollar she was about to win when I posted this. In our modern economy you just don’t turn down big money like that without cause. And I couldn’t come up with any. So here you go, a fun look back at how we got to where we’re at with this season.

Well, at least one interpretation of same anyway.

Merry Christmas everyone. It’s time, once again, for us to take a look at the glorious traditions that surround this odd holiday. We have already discussed the Krampus, that lovely little fellow who either casts your children into hell or eats them, depending on what part of Austria you hang out in. But, we neglected his female cousin Perchta: The Belly Slitter. Because nothing says HAPPY HOLIDAYS like eviscerated children. Have I mentioned that Austria was the home for the beginning of two world wars? Yeah, I’m pretty sure I did. When people tell you that they think the Japanese are insane for making Colonel Sanders the symbol of Christmas, feel free to point out Austria. At least in Japan they use the holiday to get laid. That’s an acceptable use of any holiday as far as I’m concerned. In fact I think it should be the point of almost every holiday, but that may just be me.

Another holiday tradition I seem to have missed happens in Spain, the home of great Christian traditions such as the footprint of Jesus, the tour of Mary Magdalene and her servant Veronica and, of course, the Caganer. The caganer represents a lovely tradition of displaying the Nativity scene, the usual array of farm animals, the Star of Bethlehem and a random peasant taking a dump. Yes, you read that right. And it’s not just implied. All statues come with a steaming pile so you can make no mistake as to what the caganer is doing. Granted, seen from a strictly logical viewpoint it makes sense. Someone had to be taking a dump when Christ was born. We all have bowels and those bowels need to move from time to time.

Still, it seems a touch odd, even by Spanish standards.

But all of the above pales when compared to the article my friend Suzy Solar sent to me. According to Live Science, we may owe a big debt of holiday gratitude to magic mushrooms.

This Christmas, like many before it and many yet to come, the story of Santa and his flying reindeer will be told, including how the “jolly old elf” flies on his sleigh throughout the entire world in one night, giving gifts to all the good children.

But according to one theory, the story of Santa and his flying reindeer can be traced to an unlikely source: hallucinogenic or “magic” mushrooms.

“Santa is a modern counterpart of a shaman, who consumed mind-altering plants and fungi to commune with the spirit world,” said John Rush, an anthropologist and instructor at Sierra College in Rocklin, Calif.

According to the theory, the legend of Santa derives from shamans in the Siberian and Arctic regions who dropped into locals’ teepeelike homes with a bag full of hallucinatory mushrooms as presents in late December, Rush said.

“As the story goes, up until a few hundred years ago these practicing shamans or priests connected to the older traditions would collect Amanita muscaria (the Holy Mushroom), dry them, and then give them as gifts on the winter solstice,” Rush told LiveScience. “Because snow is usually blocking doors, there was an opening in the roof through which people entered and exited, thus the chimney story.”

But that’s just the beginning of the symbolic connections between the Amanita muscaria mushroom and the iconography of Christmas, according to several historians and ethnomycologists, or people who study the influence fungi has had on human societies. Of course, not all scientists agree that the Santa story is tied to a hallucinogen.

Presents under the tree

In his book “Mushrooms and Mankind” (The Book Tree, 2003) the late author James Arthur points out that Amanita muscaria, also known as fly agaric, lives throughout the Northern Hemisphere under conifers and birch trees, with which the fungi —which is deep red with white flecks — has a symbiotic relationship. This partially explains the practice of the Christmas tree, and the placement of bright red-and-white presents underneath, which look like Amanita mushrooms, he wrote.

“Why do people bring pine trees into their houses at the Winter Solstice, placing brightly colored (red and white) packages under their boughs, as gifts to show their love for each other … ?” he wrote. “It is because, underneath the pine bough is the exact location where one would find this ‘Most Sacred’ substance, the Amanita muscaria, in the wild.”

Reindeer are common in Siberia, and seek out these hallucinogenic fungi, as the area’s human inhabitants have been known to do. Donald Pfister, a biologist who studies fungi at Harvard University, suggests that Siberian tribesmen who ingested fly agaric may have hallucinated into thinking that reindeer were flying.

“At first glance, one thinks it’s ridiculous, but it’s not,” said Carl Ruck, a professor of classics at Boston University. “Whoever heard of reindeer flying? I think it’s becoming general knowledge that Santa is taking a ‘trip’ with his reindeer,” Ruck said.

“Amongst the Siberian shamans, you have an animal spirit you can journey with in your vision quest,” Ruck continued. ” And reindeer are common and familiar to people in eastern Siberia. They also have a tradition of dressing up like the [mushroom] … they dress up in red suits with white spots.”

Ornaments shaped like Amanita mushrooms and other depictions of the fungi are also prevalent in Christmas decorations throughout the world, particularly in Scandinavia and northern Europe, Pfister points out. That said, Pfister made it clear that the connection between modern-day Christmas and the ancestral practice of eating mushrooms is a coincidence, and he doesn’t know about any direct link.

Many of these traditions were merged or projected upon Saint Nicholas, a fourth-century saint who was known for his generosity, as the story goes.

There is little debate about the consumption of mushrooms by Arctic and Siberian tribes’ people and shamans, but the connection to Christmas traditions is more tenuous, or “mysterious,” as Ruck put it.

Many of the modern details of the modern-day American Santa Claus come from “A Visit from St. Nicholas” (which later became famous as “‘Twas the Night Before Christmas”), an 1823 poem credited to Clement Clarke Moore, an aristocratic academic who lived in New York City.

The origins of Moore’s vision are unclear, although Arthur, Rush and Ruck all think he probably drew from northern Europe motifs that derive from Siberian or Arctic shamanic traditions. At the very least, Arthur wrote, Santa’s sleigh and reindeer are references back to various related Northern European mythology. For example, the Norse god Thor (known in German as “Donner”) flew in a chariot drawn by two goats, which have been replaced in the modern retelling by Santa’s reindeer, Arthur wrote.

Ruck points to Rudolf as another example of the mushroom imagery resurfacing: his nose looks exactly like a red mushroom, he said. “It’s amazing that a reindeer with a red-mushroom nose is at the head, leading the others.”

Other historians were unaware of a connection between Santa and shamans or magic mushrooms, including Stephen Nissenbaum, who wrote a book about the origins of Christmas traditions, and Penne Restad, at the University of Texas.

One historian, Ronald Hutton, told NPR that the theory of a mushroom-Santa connection is off-base. “If you look at the evidence of Siberian shamanism, which I’ve done,” Hutton said, “you find that shamans didn’t travel by sleigh, didn’t usually deal with reindeer spirits, very rarely took the mushrooms to get trances, didn’t have red-and-white clothes.” But Rush and Ruck say these statements are incorrect; shamans did deal with reindeer spirits, and the depiction of their clothes’ coloring has more to do with the colors of the mushroom than the shamans’ actual garb. As for sleighs, the point isn’t the exact mode of travel, but that the “trip” involves transportation to a different, celestial realm, Rush said.

“People who know about shamanism accept this story,” Ruck said. “Is there any other reason that Santa lives in the North Pole? It is a tradition that can be traced back to Siberia.”

I have already noted how Clement Clark Moore didn’t want his poem published. He was a serious author and thought that children’s literature was beneath him. His friends and family disagreed and we have a little epic that gets read every year.

As to Santa, trying to pin one origin story on him has proved impossible. And that is because the story has evolved so much over the centuries. From the skinny and dour Sinterklaas to the jolly elf we all know today, Santa’s taken many forms.

But they all have one thing in common, they love you and want you to be your best.

That’s not such a bad thing.

From all of us here at the World News Center to all of you where ever you are, have a very merry and safe Christmas.