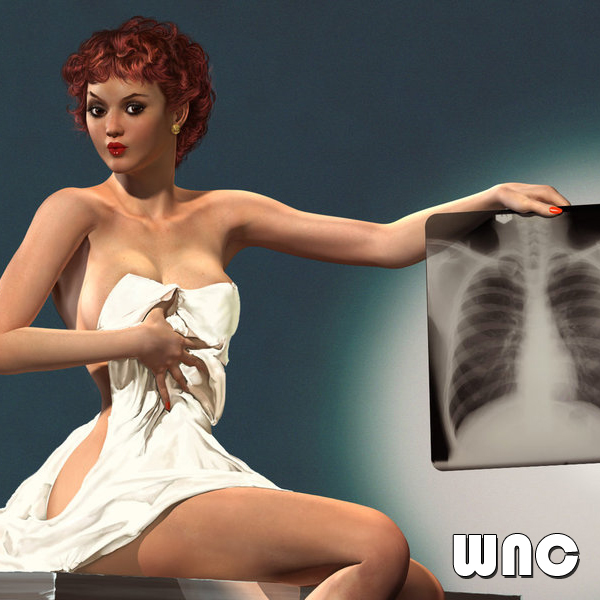 We live in interesting times, to quote an ancient Chinese curse. We have access to most of the world’s contemporary knowledge yet we spend our time sharing pictures of cats and food. When I say “we” I’m talking about you and me, not the people I’m writing about today. You see, though it may sometimes seem as though everything’s going to hell in a hand basket, that’s not really true. While we get battered with constant news of idiots and bigotry, there are many who are thinking way outside the box to make our world a better place. Actually, that’s not entirely accurate. The two articles we’re going to share today feature people who never even heard of the damn box in the first place. So, today, instead of focusing on those who wish to drag us back to those wacky Middle Ages, I thought it might be fun to talk about those who can heal the unhealable.

Let’s start with a given. Ever since Dr. Edward Jenner discovered a cure for smallpox by ogling milk maids scientists have known that human bodies could be taught to prevent disease. The simple explanation is that they inject a small amount into a person, that person fights it off, and then, should they become exposed to a more damaging dose of the disease, they don’t catch it. That’s how vaccines work.

John Palferman, over at Nova Next, says a couple of scientists took this concept to a whole new level and may have found the cure for Alzheimer’s.

In 2004, the British chemist Chris Dobson speculated that there might be a universal elixir out there that could combat not just alpha-synuclein for Parkinson’s but the amyloids caused by many protein-misfolding diseases at once. Remarkably, in that same year an Israeli scientist named Beka Solomon discovered an unlikely candidate for this elixir, a naturally occurring microorganism called a phage.

Solomon, a professor at Tel Aviv University, made a serendipitous discovery one day when she was testing a new class of agents against Alzheimer’s disease. If it pans out, it might mark the beginning of the end of Alzheimer’s, Parkinson’s, and many other neurodegenerative diseases. It’s a remarkable story, and the main character isn’t Solomon or any other scientist but a humble virus that scientists refer to as M13.

Among the many varieties of viruses, there is a kind that only infects bacteria. Known as bacteriophages, or just phages, these microbes are ancient (over three billion years old) and ubiquitous: they’re found everywhere from the ocean floor to human stomachs. The phage M13’s goal is to infect just one type of bacteria, Escherichia coli, or E. coli, which can be found in copious amounts in the intestines of mammals. Like other microorganisms, phages such as M13 have only one purpose: to pass on their genes. In order to do this, they have developed weapons to enable them to invade, take over, and even kill their bacterial hosts. Before the advent of antibiotics, in fact, doctors occasionally used phages to fight otherwise incurable bacterial infections.

To understand Solomon’s interest in M13 requires a little background about her research. Solomon is a leading Alzheimer’s researcher, renowned for pioneering so-called immunotherapy treatments for the disease. Immunotherapy employs specially made antibodies, rather than small molecule drugs, to target the disease’s plaques and tangles. As high school students learn in biology class, antibodies are Y-shaped proteins that are part of the body’s natural defense against infection. These proteins are designed to latch onto invaders and hold them so that they can be destroyed by the immune system. But since the 1970s, molecular biologists have been able to genetically engineer human-made antibodies, fashioned to attack undesirable interlopers like cancer cells. In the 1990s, Solomon set out to prove that such engineered antibodies could be effective in attacking amyloid-beta plaques in Alzheimer’s as well.

In 2004, she was running an experiment on a group of mice that had been genetically engineered to develop Alzheimer’s disease plaques in their brains. She wanted to see if human-made antibodies delivered through the animals’ nasal passages would penetrate the blood-brain barrier and dissolve the amyloid-beta plaques in their brains. Seeking a way to get more antibodies into the brain, she decided to attach them to M13 phages in the hope that the two acting in concert would better penetrate the blood-brain barrier, dissolve more of the plaques, and improve the symptoms in the mice—as measured by their ability to run mazes and perform similar tasks.

At the time, Solomon had no clear idea how a simple phage could dissolve Alzheimer’s plaques.

Solomon divided the rodents into three groups. She gave the antibody to one group. The second group got the phage-antibody combination, which she hoped would have an enhanced effect in dissolving the plaques. And as a scientific control, the third group received the plain phage M13.

Because M13 cannot infect any organism except E. coli, she expected that the control group of mice would get absolutely no benefit from the phage. But, surprisingly, the phage by itself proved highly effective at dissolving amyloid-beta plaques and in laboratory tests improved the cognition and sense of smell of the mice. She repeated the experiment again and again, and the same thing happened. “The mice showed very nice recovery of their cognitive function,” Solomon says. And when Solomon and her team examined the brains of the mice, the plaques had been largely dissolved. She ran the experiment for a year and found that the phage-treated mice had 80% fewer plaques than untreated ones. Solomon had no clear idea how a simple phage could dissolve Alzheimer’s plaques, but given even a remote chance that she had stumbled across something important, she decided to patent M13’s therapeutic properties for the University of Tel Aviv. According to her son Jonathan, she even “joked about launching a new company around the phage called NeuroPhage. But she wasn’t really serious about it.”

Joking or not, fast forward to now and they have such a company, have received millions in seed money, and are ramping up for human trials. Scientists have known for a while that it’s the plaque in the brain that causes the the true damage and not the disease itself. In other words, rid the body of the symptoms and let it get on with life, just like treating Malaria with Quinine. It doesn’t cure Malaria, it just makes you healthy. Researchers in Australia have been developing a technique using ultra-sound waves to break up the plaque in the brain and restore functions. As it stands now, a combination of these therapies could provide a cure.

Another thing scientists have long known is that discovering a disease early greatly enhances a person’s chances of surviving it. A lot of progress has been made in that regard, but David Nield, over at Science Alert, says that one group of scientists have taken this to a whole, new, level.

Spotting the spread of diseases such as cancer in their early stages can make a huge difference to the likelihood of being able to beat them into submission, and scientists in Singapore have developed a new biosensor that could provide on-the-spot diagnoses to do just that.

The new sensor picks up on biomarkers known as microRNAs (a class of RNAs or ribonucleic acids) that help translate genetic DNA information into protein. MicroRNAs can act as signposts to various diseases, and because they’re well-preserved in fluids such as urine and blood, they’re an ideal way of quickly testing for signs of trouble in the body.

What the researchers from Singapore’s Agency for Science, Technology and Research (A*STAR) have done is develop a silicon photonic biosensor that uses beams of light to detect tiny changes in the composition of a urine sample.

It essentially looks at the level of binding between a DNA probe and target microRNA to figure out the level of microRNA in the sample. This can then provide clues to the presence of some types of cancer, cardiac disease, and other serious health issues.

The research team says its lightweight sensor is highly sensitive, works without any other equipment, and can provide results in as little as 15 minutes. It’s not ready for widespread use yet, but if it proves effective enough to be released to the public, that kind of quick assessment can make all the difference.

“Existing methods to detect microRNAs are time consuming and require cumbersome machines, which limit their usefulness in clinical settings,” said one of the team, Mi Kyoung Park. “This inspired us to develop a simple and efficient point-of-care device for detecting microRNAs.”

Park and her colleagues have used the newly developed system to detect two types of microRNAs in urine samples from three patients with late-stage bladder cancer.

When compared with samples from two healthy subjects, the microRNA levels differed significantly. Although only small-scale testing has been carried out so far, the team thinks the device has plenty of potential as a future diagnostic tool. They’ll now need to test it on a much larger sample of people to confirm its accuracy.

“The system can be expanded to detect a number of microRNAs of different species and should be useful for a variety of point-of-care clinical applications,” says Park.

Just imagine this, you go to the doctor, give up a urine sample, read a magazine, and know exactly what is or is not wrong with you. No more days of sitting and fretting. More importantly, the cures available to you, at this early stage, are usually noninvasive and don’t cause you to alter your lifestyle.

Well, you’ll have to quit smoking and so on, but you should do that anyway. Or so I’m told.

Both of these teams will, obviously, get very rich. But, here’s the fun part, the cost to consumer of each product is low. There is no need to jack up the prices so, pretty much, everyone will have access to them.

I just thought you’d like some good news for a change.