You are here: Home / Stuff You Didn’t Know
There are some odd perks to doing this blog. While I’ve mentioned our fans in India and Japan a few times, mostly because that’s so random it deserves note, we also pick up other stragglers from around the globe who keep things interesting. They send me emails (yes, that’s my email at the bottom of this post), links, pictures, and all sorts of fun stuff. While I don’t share their personal info or pics, mostly because I think it vacillates between rude and pandering (HEY LOOK! I know a ____insert type of person here_____!), there have been a few things I tucked away for a rainy day. Although it’s technically dry outside I figured today was as good a day as any to clear some space. So, forget about any coherent theme, just sit back and enjoy.

Yeah, how many times have you heard that before?

Let’s start with a fun one. Shortly after Gal Gadot was cast as Wonder Woman I wrote an article about how this was a great idea. After all, Wonder Woman is of Mediterranean descent, does not have English as her first language, and looks hot. Or, is a lot like Gal Gadot. Unfortunately for her, she never got that memo. So, when Zack Snyder and his merry band of mythmakers flew her in from Israel, all she could think was that she was up for the role of …. Cat Woman.

“I mean, I could have guessed,” she admits now. “I thought it was going to be Selina (Kyle), you know?”

“I only knew what role it was when I flew in to test with Ben (Affleck),” she says. “I was very excited. Anytime I had general meetings in LA, I always said that my dream role was to do an empowered, independent woman who doesn’t rely on men.”

Gadot explained a little about her approach to the character, a warrior princess of the Amazons, over 5,000 years old, and – at the point of Batman v Superman – coming out of retirement.

My dream role was to do an empowered, independent woman who doesn’t rely on men.
“She’s seen it all,” says Gadot. “She has seen what humans can do, so it was very hard for her to come back and fight.”

We learn of the sheer commitment to the role Gadot has given. The 30 year-old actress underwent seven months of training before she ever set foot on set. “I was a dancer for 12 years,” she says, unable to believe how lucky she is to be able to parlay all that experience into a film role, “and now I get paid to work out and do crazy stuff with a lasso.”

In spite of the character’s mystical origins, Gadot insists that there is room for humour and a lighter touch. “I don’t want people to think she is perfect,” she insists. “She can be naughty.”

Considering that over the arc of Batman -v- Superman, and her own solo movie, she will be hooking up with Bruce Wayne and Steve Trevor, and based on some of the behind the scenes footage that has leaked, she will be as naughty as a PG-13 rating will allow. Also, if you watch the recently released trailer/promo, you’ll note she beheads a German soldier while riding a horse. This is accurate if you’re a fan of the comics. It will probably confuse the hell out of you if all you knew was Linda Carter.

In other super powered female news, Lana Condor has been cast as Jubilee in the upcoming X-Men: Apocalypse film. Yes, the Twitterverse has already vented its spleen about having an Asian cast as Jubilee. You can just move past that now. But, when it came out that Jubilee would no longer be the little girl with the cute fireworks and would, instead, have some bad-ass powers, purists left home to join the Bundy militia.

Jamie Lovett wisely sticks to talking about her powers and ignores the morons.

Jubilation’s powers will be tweaked a bit. It’s nothing as drastic as what happens to her in the comics (losing her mutant powers on M-Day, and then being turned into a vampire), but Condor tells JoBlo, “Her power in the comic books is fireworks. In this film, I can safely say that her power is more fire-plasmoid, electricity type.”

In another change from the comics, Condor says Jubilee will actually be a longtime student at the Xavier Institute, rather than the newcomer she’s usually shown as in other media.

“She is a student at the X-Mansion and she’s been here for about 10 years,” says Condor. “So she’s not new, unlike some of the other characters who have just arrived. She’s mostly with Scott, Jean, and [Nightcrawler]. They’re like her good core friend group. And, I think in this film she serves as a timepiece, cause you’ll never really forget that you’re, like, in the ’80’s. Because if you’ve seen my costume, like I’m straight out of the ’80’s, like, they literally took me out. And, she also serves as kind of comedic relief at times where things are-might be a little more tense and real S-H-I-T is going down.”

First, a note to newbies, Jubilation is her real name in the books and the cartoons and so on. Jubilee is her nickname. As to the rest, a slightly more mature, and powerful, Jubilee should be a welcome addition to the franchise.

Megalyn E.K., which sounds like a sexbot but isn’t, has been the voice for Warner’s Vixen: The Animated Series on their web channel. They are now moving her into the plot of Arrow where she will reprise her role as a live action character.

Russ Burlingame tells us all about it.

Vixen star Megalyn E.K. will appear on the episode of Arrow currently being filmed in Vancouver, and The CW has provided Comicbook.com with the first official look at the character in costume.

Megalyn has been cast in Arrow episode #415 for the role of “Mari McCabe (aka Vixen).” Megalyn had previously voiced this role in CW Seed’s animated digital series, but will now be bringing the character to live-action in Arrow.

Yesterday, series star Stephen Amell tweeted a photo of them together on set: 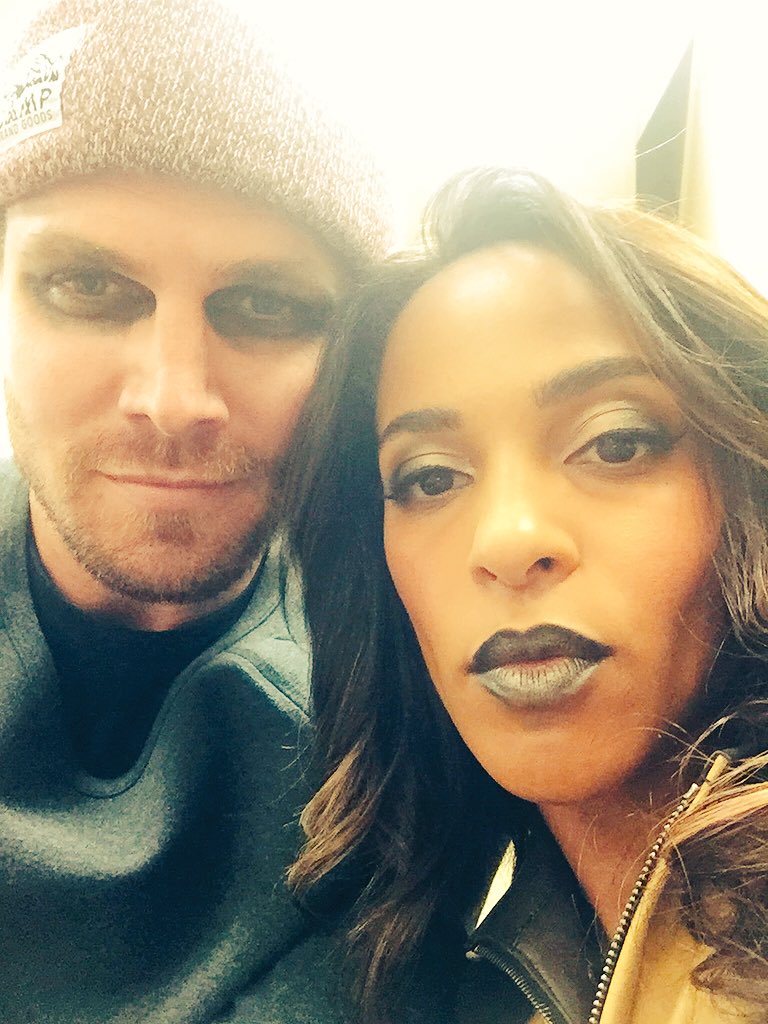 “I think if it does end up being live action in any way, it’s really cool that I have this warm-up into the character and I really can create my own version of Vixen,” Megalyn E.K. told ComicBook.com of Vixen, the animated, CW Seed-produced series which just got a second season. 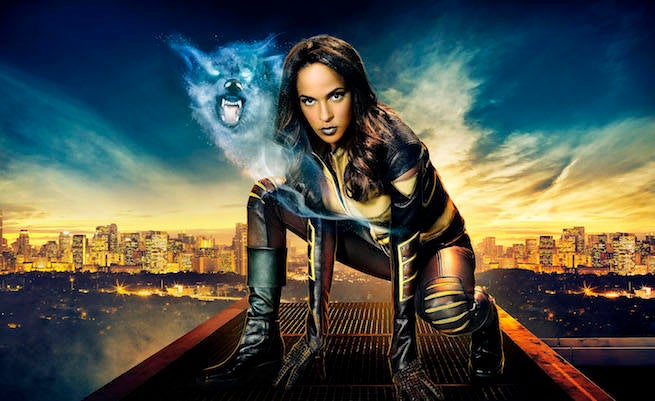 The cool thing about Vixen in the comic books, and animated series, is she switches between supermodel & superhero at will. It’s an interesting alternate identity. Since Arrow has done so well incorporating unusual characters into their show, HI CONSTANTINE!, I have to admit I’m stoked about this.

You see, I have nieces, and to see powerful women taking the screens, both big and small, to fan approval, is a wonderful thing for me. And for them. After all, we’ve had superheroes who look like me, yes, I can rock a cape, since Kal-El first graced Action Comics. But, and this seems to come as a shock to some, there is more to the world than white men. Or Anglo versions of other races.

Just go to my Facebook page and you’ll find people of every race and all major religions. They’re not there by accident. I happen to share a planet with them and feel it’s better to have a grip who’s rotating on this big round thing with me. It isn’t like they’re going anywhere.

So, kick back, enjoy, and catch up on cool women doing cool stuff. You’ll be a better person when you do.

Parvati Saves the World, Act3 from Rattapallax on Vimeo.