You are here: Home / Destiny “The Taken King” – Honest Review 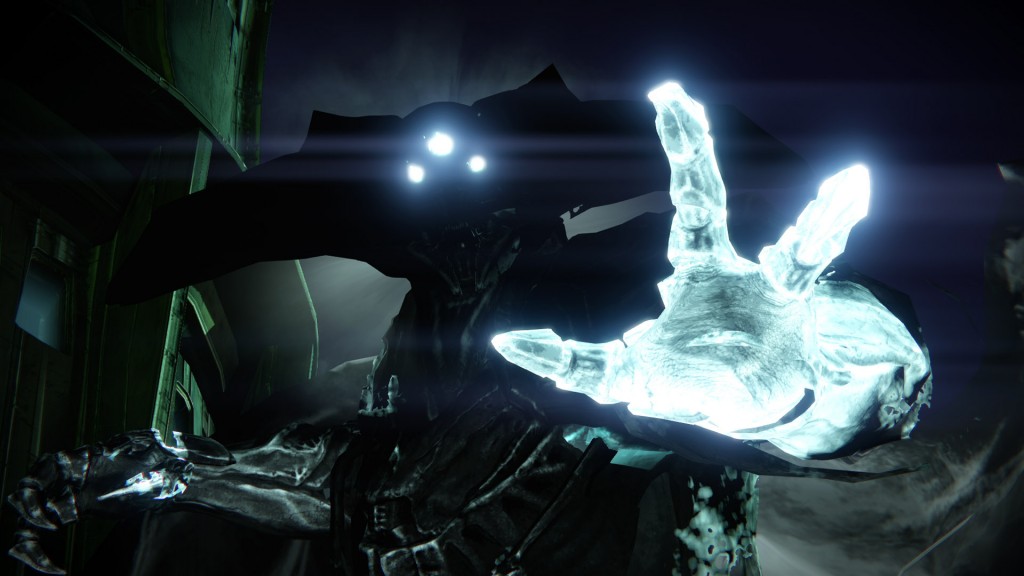 I am currently typing this from my hotel room. A room I have been cooped up in for the last 2 weeks. So I wasn’t able to download TTK & its accompanying 17 GB patch to my XB1. However a Friend with wifi is a friend indeed & I was able to experience this game outside of my fancy prison of elder-scrolls. (Very Bad Gamer Joke.)

Either way I am still restricted to the page , as I usually would do this in video form. Who knows I still may in the weeks to come. As any gamer knows, your initial feelings on a new game or dlc can change (wether good or bad) the longer you play it.

So my review is only after having TTK in my life for less than a week. That being said, Destiny has been around for over a year.

A year that many of us are convinced has been nothing more than a “Pay 2 Beta” experience. In a lawsuit from an ex-Bungie employee it was revealed that Destiny was originally set to be released in Fall 2013. Only to be “revised” and “repackaged” for fall 2014. In the same court documents, Destiny 2 was to be released Fall 2015. So you can see why many would simply come to the conclusion that “The Taken King” is nothing more than “Destiny 2” repackaged and retitled as a DLC.

The  online community have been very vocal about this & also how they believe activision has much to do with this constant money milking through Destiny’s 6 month Pay walls. If you were a day one player than you most likely purchased the original game for $59.99 & possibly the season pass for $30.00. Like anyone wants to be left out for the added goodies these days?

So to be clear the original asking price to play Destiny was roughly $80.00

In December 2014 the first DLC from the season pass “The Dark Below” was released to a wave of bad reviews. 3 story mode items, zero cutscenes, and a raid that had more glitches than an old sidekick phone, left much to be desired. Not to mention that the original version of the games story mode was abhorrently short & had more plot holes than a Disney Channel show.

6 Months later Destiny fanatics and newbies were treated to a semi upgrade with part 2 of the season pass aka “The House of Wolves” which still had zero cut-scenes , and relied solely on voice overs that were half heartedly added after the bad reviews of TDB. The missions were better, strike was semi interesting (albeit too easy) & The Prison of Elders was a new addition to  a world that had grown stale. Sure for people willing to deal with incredibly laughable lag, maddening disconnects (baboon!) & horribly quiet fireteams, there’s always been plenty to do for the PVP player. And TTK is not lacking in that area at all.

But for many MMO players looking for a good time in the PVE world. Once again Destiny fails to show true interest in putting together a story that seems real or that anyone cares about. Sure there are some laughs to be had by a robot who strangely embodies the tone of an average 14-20 something male gamer. Yet most of the laughs are accidental. Like how easy most of the missions are  or counting how often the phrases “Take or Taken” is rehashed to remind us that the Re-skin King … oops I mean the Taken King takes creatures from across galaxies. What does that mean though?

Basically he reskins them as less detailed gloss covered shadow versions of themselves and then they pretty much shoot at everything they see. The King himself finally speaks (in a world where the most dialogue an enemy had was screaming at the top of her lungs) but his words are few and far between. There are beautiful cutscenes (Finally) but for $40.00 (or $80.00 if you purchased the absurdly over priced Limited edition DLC LOL) there better be. Unfortunately the movie scenes come to an end halfway through (after something happens to Eris Ship) & you don’t see anymore until the closing scenes. Most of it you already saw in the trailers (no seriously The Queen & her Brother only appear as you saw in the trailer) & some of the stuff you saw in the trailer actually didn’t appear.

XBox One players finally received weapons and bonus content that PS4 players have had exclusively for a year, but that was supposed to be free because technically they already paid the same amount , just to be stiffed by the corporate overlords.

Although that may have cooled the burns of 2014, PS4 players received brand new exclusive content for TTK even. Even though XB1 players paid the exact same amount for their DLC’s.  So here we go again!

The story was short (unless you dragged it out by doing patrols) and once you finished it (which was pathetically easy to do) more side missions unlock. Not more cut scenes.

The King wasn’t hard to beat, hardly menacing , or even a challenge. The new abilities definitely add something to the gameplay for die hard fans. But for people who play games like “The Witcher” or “ESO” you can have ten times those abilities sooner & not pay $120.00 to finally achieve them. To be clear, I’m not trying to take a huge dump on TTK. I think its great to see all the characters talking and doing cool things. I like all the adjustments to the tower and the new abilities. However , 85% of this should’ve been in the game since day one or at the very least included in the original Season Pass. TTK is nothing more than an extension of the lackluster Dark Below.  And had they melted Taken King directly into Dark Below it would’ve been a phenomenal DLC & made waves across the gaming Galaxy!!! Making Destiny what it set out to be since the Hype train started chugging in 2012, the thing that legends are made of. Instead we got a hack job beta.

This method of slicing and dicing games to resell them isn’t only unethical in the gamer world it should be considered immoral. Selling off chunks of what could’ve been included in a game that was lacking so much content (on purpose) only proves the true goal for Bungie’s Guardians is having them grind their solar hamster wheel while milking them dry. Having your “Epic Destiny Legend” paced and controlled by people who are counting and calculating isn’t gaming… its gambling. Its a casino. And the house always wins.

No wonder they call it “The Taken King”

Because if you paid full price for this DLC that’s exactly what happen to you.. you got taken!