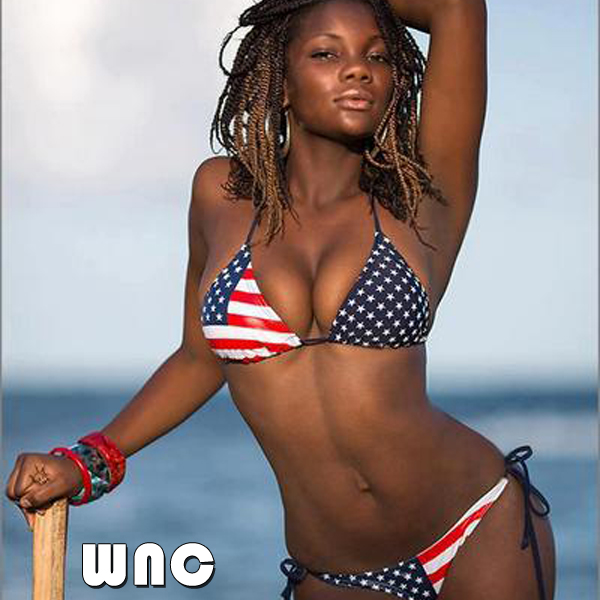 We all live on the same round world. Carl Sagan’s famous Pale Blue Dot. Or, if you prefer, Bonnie & Terry Turner’s Third Rock from the Sun. No matter what we only have one world to work with and we need to figure out how to coexist on it. Or, at least, survive on it. Science, long ago, proved that there is no such thing as race. We all have the same organs, bleed the same blood and breathe the same air. And yet there are those who can’t get past the amount of melanin someone has. To me that makes as much sense as being mad at a bakery for selling doughnuts. Still, as we lurch forward into the future, it does seem salient to point out that there will most likely be no white people in five hundred years or so. We already only account for twenty-five percent of the world’s population and that number decreases every year due to mixed relationships and reduced birth rates. No matter your views on the world those are simple facts and must be accepted.

Since we’re on the subject of facts, and since I have gotten a ton of stuff from fans that they want me to write about, I figure today’s a good day to play a little catch up.

Not ketchup, that would be gross.

A few months ago NASA made headlines when they announced that they expected to find alien life by 2025. Naturally the tinfoil hat crowd took this as proof that they’d already found it and were just easing us into the new reality.

It always amazes me that these same people think our government is run by half-wit morons yet it can hide alien civilizations somewhere.

Oh well, back to NASA. Chris Lough, over at TOR, did some research and explains the reasoning behind NASA’s bold statement.

Edited for space. Click the link to read the whole thing.

NASA hosted a panel discussion with many of its high-ranking scientists on April 7th regarding the possibility of discovering signs of alien life within the 21st century. The consensus the NASA officials put forth was overwhelmingly optimistic in this regard: Not only will we discover alien life in this century, but we’ll discover it in the next 20 years.

Meaning… my theoretical grandchildren could grow up in a world where alien life is a historical fact.

What makes NASA so sure of this time frame? Three reasons. Or rather, three missions that will launch in the next 10 years that will bridge the gap between theories of alien life and evidence of alien life.

In 2016, a Mars lander mission called InSight will launch to take the first look into the deep interior of Mars and a currently unnamed Mars rover will be launched in 2020 to directly search for signs of previous life, fitted with instruments that will be able to detect the presence of organic compounds in rocks from a distance through chemical spectrometry, high resolution ground-penetrating radar, and x-rays. This rover will also carry MOXIE, a preliminary terraforming tool designed to test whether oxygen can be manufactured from the carbon dioxide abundant on Mars.

Not only that, but the 2020 rover will save samples of its evidence to be retrieved by a manned NASA mission to Mars currently planned for the 2030s.

Saturn’s moon Titan usually gets top billing for being the only moon in the solar system with its own weather, but recent examinations of Jupiter’s moons have revealed not one but several moons that may harbor warm liquid ocean environments underneath their icy, radiation-reflective shells. Of these, Europa is the most likely candidate to harbor life. Not only have we confirmed the existence of oceans under Europa’s icy surface, but the moon contains more water than there is in Earth’s oceans.

Alien Civilizations in the 2020s

This project is my absolute favorite. It’s so simple and so clever!

In 2018 the James Webb Space Telescope will be launched into orbit and once it begins looking at the hundreds of exoplanets that we’ve already found then discovering the presence of complex alien life on distant worlds will stop being a question of if and become a question of when.

And it all comes down to the gas that life leaves behind.

The James Webb Telescope will be able to conduct “transit spectroscopy,” which will read the starlight filtering through the atmospheres of exoplanets as they transit (cross in front of) their parent star. Stars are overwhelmingly bright—so bright that you can’t see tiny planets that transit in front of them— but we’ve gotten very practiced at this in the last 30 years, to the point where we can scan the starlight that passes through the air of super-Earths, which are more massive than our own planet but significantly less so than gaseous worlds such as Uranus and Neptune.

Even if we find civilizations on other worlds it will be a while before we can speak with them. Light years are still light years and it takes a lot of time for messages to cross those distances. But I can easily see Dale Bowman setting up fishing trips to Europa.

Speaking of aquatic critters, I just want to remind everyone that tortoises can’t swim so, please, quit throwing them into the water. They won’t thank you. They’ll just drown.

Of course, if NASA’s experiments with EM (Electromagnetic) drives pan out we might just be able to hop around the galaxy at will. Caroline Reid, at I Fucking Love Science (so do I Carol), has the whole story.

The unpublished experiment that led to this exciting possibility was performed in the vacuum of space. After shooting laser beams into the EM Drive’s resonance chamber, where the light is resonated to increase its intensity, researchers found that some of the beams of light were moving faster than the speed of light constant: approximately 300,000,000 meters per second (186,000 miles per second). The big question that’s intriguing scientists and dreamers alike is “How?”

Einstein’s theory of relativity forbids any object from moving faster than the speed of light. Fortunately, there’s a theory that sidesteps this minor impossibility. If the laser beams are definitely moving faster than the speed of light, then it would indicate that they are creating some sort of warp field, or bubble in the space-time foam, which in turn produces the thrust that could, in the future, power a spaceship.

The bubble would contract space-time in front of the ship, flow over the ship, then expand back to normality behind it. It’s inaccurate to describe the spaceship as moving faster than the speed of light, but rather space-time is moving around the ship faster than the speed of light. This is different to a wormhole, where one part of the universe is connected to another and the ship travels through the hole. The ship itself is essentially stationary and the space-time bubble hurtles around it.

Okay, I am the segue king, so check out this great trailer about flying space whales.

Called The Leviathan, the short is set in the distant 22nd century where humans exist off world and are up to our usual activity – blowing up nature. I’ll let the synopsis explain:

By the early 22nd century mankind had colonized many worlds. Faster than light travel was made possible by harvesting exotic matter from the eggs of the largest species mankind has ever seen. Those that take part in the hunt are mostly involuntary labor.

Other stuff that sounds like science fiction but isn’t is included in Mika McKinnon’s list of fifteen projects that NASA’s working on right now.

This is my favorite.

9. Submarine Squid To Explore The Oceans Of Europa

The development of the Soft-Robotic Rover with Electrodynamic Power Scavenging is being led by Mason Peck of Cornell University. The soft, squid-inspired robot would be the first submarine rover to explore another planet. The planned power systems are all about taking advantage of the local environment: the tentacles will harvest power from changing magnetic fields. In turn, the tentacles will power electrolysis to separate water into hydrogen and oxygen gas. The gas will be used to inflate the squid, changing its shape to propel it through fluids. Europa is the most famous watery moon that could be explored by this squid, but it could also work on other moons of Jupiter and Saturn that have liquid lakes or oceans.

The cool thing about this is that the tech they’re developing could also be used to create underwater rescue and exploration vehicles here on Earth. Also, when combined with other tech that already exists, we are well on our way to building underwater cities.

We already have air & waste recycling that is used on space stations. It could easily be adapted for use here. Plus we now know how to pressurize planes and other objects so they can withstand extreme forces. That same tech could go into an underwater city. Add in aqua-culture for farming existing foods and hydroponics for growing the stuff we love without soil and you’re on your way.

Again, how far off are we? Not far at all. The new movie, The Martian, used existing technologies to create the habitat on Mars. Everything from air scrubbing to alien-agriculture exists in some form right now.

By the way, if you run into someone who doesn’t believe in science, and they do exist, use John Cook’s great article about how to inoculate science deniers with knowledge and not have them stick their fingers in their ears and scream NEENER NEENER NEENER.

I’ve used his technique a couple of times and it really works.

So why all this stuff about space and water? Because science has shown that global water levels are rising faster than predicted as more and more ice melts off of land and seeps into the oceans. No matter the cause the end result is the same. We’re fucked.

SWIM DEEP | SHE CHANGES THE WEATHER from Georgia Hudson on Vimeo.