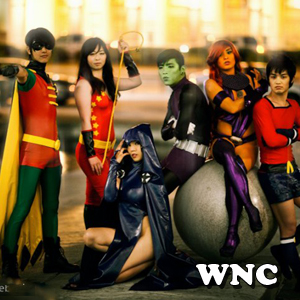 Kids These Days, besides being the name of a great band who unfortunately disbanded when they grew up to become Adults These Days, is also one of those easily dismissive terms that gets tossed in the direction of our youth. It is both belittling and degrading. It assumes that the young are not worthy of our attention in any regard. And it is a uniquely American phenomena. While almost all cultures have a “respect your elders” custom which is enforced to varying degrees, none actually treat their young as third class citizens. Less worthy of respect than even their drunken uncle Elmo. Slowly, and against much resistance, that is changing. And, if we’re to have any hope for a future, it needs to finally go the way of the Dodo. Look, let’s be honest, if we can handle interracial couples, two dudes kissing, and an Olympic gold medalist having a sex change on prime time television we can certainly withstand the shock of a few smart kids. If we can’t we should just stop having them. We’re doing no one or no thing any worthy service otherwise.

A guy I know says that the worst thing that ever happened was the character Abby on NCIS. It made his daughters all uppity and shit and now, instead of being baby factories, they are both graduate students at major universities. He feels betrayed by the Marines. A fact I find funny since he was also a draft dodger. Oh well, life goes on. He’s the withering past and they are the shining future.

In honor of them allow me to introduce you to some other kids that can give us all hope. None are older than seventeen. The youngest is fourteen.

While machines currently cost about $30,000, hers would cost just $500 — making it more affordable for people to buy and have at home.

Pogharian was inspired by volunteering at a hospital dialysis unit. When she was assigned a high school science project, she chose to work on a new kind of dialysis unit. She spent 300 hours on her invention — well above and beyond the mandatory 10 hours.

Dialysis is the process of cleaning waste from the blood. It’s typically used for people who have kidney disease. The treatment takes about four hours a couple times per week.

Anya Pogharian said she was inspired to find a better solution for patients who need dialysis after volunteering at a hospital. (CBC)

Pogharian said she wanted to find a way to improve the procedure, which can be hard on patients.

“It takes a lot of energy out of them,” said Pogharian. “They’re very tired after a dialysis treatment.”

She is beginning testing on human blood under the oversight of the scientists at Héma-Québec. If successful it will bring treatment to millions around the world who otherwise would just die.

Wu is a finalist in the 2014 Discovery Education 3M Young Scientist Challenge thanks to her entry for an ingenious device designed to detect and prevent drowsy driving. What’s equally impressive: she submitted her video entry to the challenge, which awards prizes for scientific solutions to everyday problems, last spring while still in middle school.

According to the National Highway Traffic Safety Administration, driving while fatigued causes at least 100,000 crashes a year — and the agency says that drowsiness is widely underreported. To combat this problem, Wu created the “driver’s companion.”

The companion prototype consists of a Bluetooth-connected headset linked to a Raspberry Pi, a tiny credit card-sized computer. Wu programmed the companion to track body changes via electroencephalography, or EEG, which monitors the electrical activity of the brain. As Wu explains in the video, if the device detects slower EEG waves and increased blinking — both of which indicate a lack of alertness — it sends audiovisual wake up calls before the driver begins to drift off.

Distracted or drowsy driving kills thousands of people every year. And the hundreds of thousands of crashes that could be averted, thus avoiding injuries and untold property damage, could make that issue a thing of the past.

Ridding the Earth of pollution may sound like an impossible task to most. But not to 16-year-old UK whiz-kid Samuel Burrow, who was recently named one of 18 finalists in the 2014 Google Science Fair. Burrow believes the key to reducing pollution could lie in a material found in pencils and sunscreen.

… (T)he innovative teen proposes his idea to improve on a current pollution fighter: “self-cleaning” paints, which contain a chemical that dissolves air pollution. If you apply a layer of this paint to the outside of buildings, it literally can “eat smog.”

Currently, these paints are expensive and not totally effective. Burrow found that graphene oxide, a material found in pencils and sunscreen, could make the paint more potent. Bonus: It can even be used to sanitize water in Third World countries.

Actually, given the drought we are facing on our west coast water sanitation is a big thing. Plus, his discovery will bring the costs down immensely making global implementation affordable and practical.

“In the next 10, 20, 30 years, my vision for medical diagnostics and cancer diagnostics would be … a shift from symptom-based diagnosis,” Jack explained. “That’s my test. That’s really going to be the future of medicine because you really want definitive, quantitative results.”

According to BBC, a reason pancreatic cancer has a low survival rate is because there are very few symptoms. Because of this, doctors aren’t likely to suggest taking a diagnostic test. Jack’s extensive research on pancreatic cancer aims to change this. He created a urine and blood test that is 28 times cheaper and faster than the tests that already exist. His new test is also 100 times more sensitive and has a 90 percent accuracy rate.

Jack was fifteen when he won first place at the 2012 Intel International Science and Engineering Fair. His invention will allow doctors to get well ahead of the curve on cancer diagnoses and help save countless lives.

(She) has ideas that “flatten the earth,” yet remains grounded. Maybe it’s the mismatched socks.

Whatever her secret, the 17-year-old Morristown High School senior from Morris Township remained humble despite all the attention presented her Thursday afternoon when she was honored by school officials for being named a finalist in the 2013 Intel Science Talent Search.

She joins 39 other finalists — out of nearly 2,000 applicants nationwide — who will compete in March in Washington, D.C. for $630,000 in prizes and present their research at the National Geographic Society. Winners will be announced at an award ceremony on March 12.

Wong’s research project, “A Novel Design for Wireless Low-Cost Cardiac Examination Over the Mobile Phone Platform: Telemedicine for the Developing World,” provides the mechanism for real-time transmission of medical data through a cell phone, providing access to health care to nearly two-billion people in remote or underdeveloped areas of the world. Dr. Eric Topol, a cardiologist at the Scripps Research Institute in California remarked that Wong’s project “is the kind of technology that ‘flattens the earth’ for better medical care.”

Think about this one for a minute. No matter who you are or where you’re at you can send real time information about your health to a medical professional and get an accurate diagnosis based on facts and not uncle Elmo’s strongly held beliefs in corn fritters.

We’ve seen teens devise potential cures for cancer, build nuclear reactors and use musical instruments as inspiration for the creation of low-cost landmind detectors — all before receiving their high school diplomas. And now, the latest in a line of unbelievable teen scientists has made another major breakthrough. Sixteen-year-old Janelle Tam has discovered that cellulose, a material found in trees that helps them stand up straight, is an antioxidant with potent anti-aging properties.

Tam’s study of minute particles in tree pulp known as nano-crystalline cellulose (NCC) led to an “a-ha”! moment for the young innovator — she had unearthed a super-durable material that had the power to fight disease and prevent aging. This unbelievable discovery won Tam the 2012 Sanofi BioGENEius Challenge Canada, a national competition for young scientists.

NCC is similar to antioxidants Vitamin C and Vitamin E in terms of its ability to fight damaging free-radicals, but it may even be superior insofar as it is more stable and therefore potentially longer-lasting.

Her game-changing innovation — which could literally shape the face of the anti-aging product industry — earned Tam a a $5,000 award from the National Research Council of Canada.

It will also earn her one of those jobs where she can earn a Ferrari by her twenty-fifth birthday. A fact that I’m fine with. This stuff would be like Neosporin on amyl nitrate. Wounds could heal exponentially faster. Which means less stress on the immune system which means longer lives for everyone.

So the next time you hear someone moan “kids these days” make sure you tell them “And thank God for them.”