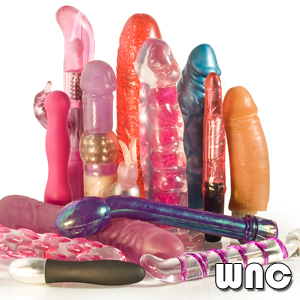 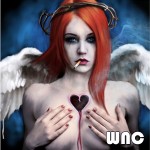 I wrote the below column two years ago tomorrow. Since nothing lasts on the Internet I have been asked to repost it. And I’m happy to oblige. Each year Valentine’s Day brings its own unique set of challenges. Especially to us single dudes. You don’t want to do too much for fear of coming off like a stalker but you don’t want to do to little for fear of appearing disinterested. And it’s not just guys. If my email is to be believed women are just as insecure as men. While I may be the last person who you should go to for advice in this case I’m the one you’re reading so here goes; be comfortable and be there. You don’t need to bust out the zillion dollar gift. If your significant other cares about you at all not blowing them off is a great start. Dinner is a very good beginning. Yesterday the Chicago Tribune, that well heralded bastion of of romance, posted a lengthy article about how cheeseburgers can be romantic. Unless you keep kosher or halal in which case just use that advice as a guideline and not as gospel. As it were. The point is that if you’re important to a person then be there for that person. The rest will sort itself out. Romance is not stuff, it’s caring. That may be the greatest gift of all.

Take it from the old guy.

Anyway, as I alluded to above, a year ago today I posted a lengthy article about Valentine’s Day in China with numerous links to the history of the day in western culture. That seems to be the article everyone liked so here it is for you again.

Today is Valentine’s day. It is a day where people are expected to do certain things even if they are wildly outside their skill set. For example, last year at this time I was asked to give relationship advice. That was not as helpful as you might imagine. Even less helpful is the fact that I keep bringing up the fact that Valentine’s day is the only holiday to have a disease named after it. I already noted, yesterday, some of the many oddities in the history of the holiday. Like all modern Christian holidays it has picked up a fair amount of unintended baggage over the years. Which is fine. It gives the tinfoil hat people something to talk about. As for this blog, we’ve already discussed how the holiday has been altered in Asia. It is a day when women give men chocolate. The better the chocolate the hotter she is for your manly form. So, if it says Nestle’s on the wrapper, you will be monkey spanking tonight.

But, there is one country hanging out around Asia that gets a bad rap when it comes to Valentine’s day. I am, of course, speaking of China.

“Them Commie bastards usurping our sacred Christian rights …” is among the fascinating looks I have gotten into the brains of idiots. You see China, like every country in the world, has a celebration of love. Japan, for example, has a Penis Day. what better way is there to celebrate love than that?

Anyway, China gets hosed for supporting polygamy and lesbian incest. All fun, but also all false.

I give you the day of seven sisters.

Legend behind Chinese Valentine’s Day
There is a very interesting legend behind the festival of Valentine’s Day in China. The story goes that there once lived an orphaned poor boy called Niu Lang with his brother and sister-in-law. The handsome boy owned an old ox that he worked on the field everyday. The ox is said to be an immortal from the Paradise who was punished for mistakes in heaven and send on earth as an ox. The ox liked the cowherd and one day he said to Niu Lang, “You are a nice person. If you want to get married, go to the river and your wish will come true.”

When the Cowherd went to the stream he saw all the seven beautiful daughters of the Emperor who had come down from Heaven to take a bath. Niu Lang was captivated with the beauty of the youngest daughter Zhi Nu and secretly took away her fairy clothes. Without her fairy clothes the youngest daughter could not fly back to the heaven along with her sisters. The cowherd asked the fairy that he would return her clothes if she promised to marry him. The girl coyly agreed to marry the cowherd. They lived a happily married for several years and had two children.

One day, the ox felt that his last day was near. He told the cowherd that he should keep his hide for urgent situation after he dies. Meanwhile, Emperor began to miss his seventh daughter. He sent Zhi Nu’s grandmother to bring her back from the earth. The grandmother succeeded in bringing Zhi Nu back to heaven. While the 7th Princess was being taken away to the heaven, the cowboy wore the ox hide and carried his two children in the two bamboo baskets with his wife’s old fairy clothes and chased his wife in the sky. To keep the lovers separated forever the grandmother created a Milky Way between them. The seventh princess was moved to the star Vega in the Lyra (Harp) constellation while the cowherd with his two children stayed in the star Altair (Flying one) in the Aquila (Eagle) constellation. The star Vega is therefore popularly known by the name of the Weaving Maid Star whereas the star Altair as the Cowherd Star in China. The mother took pity and two were allowed to meet only once a year on the 7th day of 7th lunar month. It is believed that on this specific day magpies form a bridge with their wings for Zhi Nu to cross to meet her husband.

Following the tradition, lovers visit the Temple of Matchmaker on the Chinese Valentine’s Day and pray for their love and happiness and their possible marriage. Singles too visit the temple on the day and ask for their luck in love.

The Chinese Valentine Day is also known as the Daughter’s Festival. Chinese girls always wished to learn a good handcrafting skill like the weaving maid. On the night of the Chinese Valentine’s Day, unmarried girls offer prayers to the Weaving Maid star and seek blessings to become smarter. When the star Vega is high up in the sky, girls perform a test by putting a needle on the water surface. If the needle doesn’t sink, it’s a sign of girl’s maturity and smartness indicating she is eligible to find a husband. Girl who passes the test may ask for any one wish. It is also traditional for young girls in China to demonstrate their domestic arts, especially melon carving, on this day. Chinese Valentine’s Day is therefore also known as The Festival to Plead for Skills, The Seventh Sister’s Birthday and The Night of Skills.

In some provinces of China, people decorate the ox’s horn by flowers on the Chinese Valentine Day in a belief that the ritual will save them from catastrophe. Following the age old tradition women also wash hair to make them look fresh and shining. Children wash their face the next morning using the overnight water for a more natural and beautiful look.

Stargazers celebrate the festival by looking up at star Vega on the east of the Milky Way which represents Zhi Nu, and at the constellation Aquila, on the west side of the Milky Way, where Niu Lang waits for his lover to join him.

I know what you’re thinking.

“THANK GOD! We finally have proof of alien interventions!”

Okay, you’re not thinking that but some people are. To them the above story is proof. It is all they need.

Which is why they should forever be alone. We don’t ant that kind of crap seeping into our gene pool.

From all of us here at the World News Center, to all of you, have a safe and happy Valentine’s day.

For those of you who need a more western slant on things here’s a bit of what I wrote a year ago yesterday.

Valentine’s day is widely attributed to a celebration of the selfless death of St. Valentine. The problem arises when you try to figure out which one. Here’s what the Catholic church, the people who authorize saints, has to say; “At least three different Saint Valentines, all of them martyrs, are mentioned in the early martyrologies under date of 14 February. One is described as a priest at Rome, another as bishop of Interamna (modern Terni), and these two seem both to have suffered in the second half of the third century and to have been buried on the Flaminian Way, but at different distances from the city. In William of Malmesbury’s time what was known to the ancients as the Flaminian Gate of Rome and is now the Porta del Popolo, was called the Gate of St. Valentine. The name seems to have been taken from a small church dedicated to the saint which was in the immediate neighborhood. Of both these St. Valentines some sort of Acta are preserved but they are of relatively late date and of no historical value. Of the third Saint Valentine, who suffered in Africa with a number of companions, nothing further is known.”

But whether it was the fate of the 3rd century inmate who allegedly cured the jailer’s daughter’s blindness just before he was executed or one of the other guys, we do know that by the late 1400′s Chaucer was writing about the holiday in his Parliament of Foules.

For this was sent on Seynt Valentyne’s day
Whan every foul cometh ther to choose his mate.

Some might say that I am missing the connection to the Lupercalia. They would be right. I have not discussed how Valentine’s day got connected to a pagan holiday. Nor did I mention how early Lupercalia lotteries were truly a prize worth winning. If you were an unmarried man and you won, you won a virgin. That beats the living hell out of a TV.

Yeah, the church had problems with that and the whole thing got watered down.

Just FYI, the first Valentine’s Day was celebrated in 496 and was made a holiday by Pope Gelasius. So it’s been around a while.

If you want to get all global with the thing, bust out a penis statue, steal the clothes of a bathing beauty and go forth and win a virgin. That should keep you busy for a while.