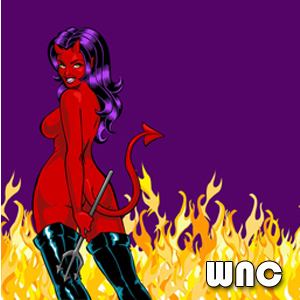 Today I am gong to share with you an idea that was lifted directly from the Staggeringly Bad Ideas Handbook. This is even worse than Montana’s “Kill it and Grill it” law which allows people to eat, possibly diseased, road kill. This is dumber than North Carolina’s attempt to outlaw gay marriage. They ended up stripping the rights of any unwed couple, gay, straight or mixed. One of the laughably predictable unintended consequences of that are that kids of divorced parents now have no rights since their parents aren’t married. You might want to avoid North Carolina for a while until they sort that out. Every single example I cited is what happens when stupid people try to do ‘important’ things. They can’t count from 1 to Z so they just kind of punt and claim they’re working for, as Heinlein put it, “dawillodapeepl.” Before I share with you why the idea I am talking about is so poorly thought out as to be the beginning of the end times, first allow me to share with you the idea itself.

Jennifer Kay, over at ABC News, reports that British scientists want to release millions up millions of genetically modified mosquitoes in Florida.

You knew it was going to be Florida, didn’t you?

Millions of genetically modified mosquitoes could be released in the Florida Keys if British researchers win approval to use the bugs against two extremely painful viral diseases.

Never before have insects with modified DNA come so close to being set loose in a residential U.S. neighborhood.

“This is essentially using a mosquito as a drug to cure disease,” said Michael Doyle, executive director of the Florida Keys Mosquito Control District, which is waiting to hear if the Food and Drug Administration will allow the experiment.

Dengue and chikungunya are growing threats in the U.S., but some people are more frightened at the thought of being bitten by a genetically modified organism. More than 130,000 people signed a Change.org petition against the experiment.

Even potential boosters say those responsible must do more to show that benefits outweigh the risks of breeding modified insects that could bite people.

“I think the science is fine, they definitely can kill mosquitoes, but the GMO issue still sticks as something of a thorny issue for the general public,” said Phil Lounibos, who studies mosquito control at the Florida Medical Entomology Laboratory.

There are no vaccines or cures for dengue, known as “break-bone fever,” or chikungunya, so painful it causes contortions. U.S. cases remain rare.

Insecticides are sprayed year-round in the Keys’ charming and crowded neighborhoods. But Aedes aegypti, whose biting females spread these diseases, have evolved to resist four of the six insecticides used to kill them.

Enter Oxitec, a British biotech firm that patented a method of breeding Aedes aegypti with fragments of genes from the herpes simplex virus and E. coli bacteria as well as coral and cabbage. This synthetic DNA is commonly used in laboratory science and is thought to pose no significant risks to other animals, but it kills mosquito larvae.

Oxitec’s lab workers manually remove modified females, aiming to release only males, which don’t bite for blood like females do. The modified males then mate with wild females whose offspring die, reducing the population.

Oxitec has built a breeding lab in Marathon and hopes to release its mosquitoes in a Key West neighborhood this spring.

FDA spokeswoman Theresa Eisenman said no field tests will be allowed until the agency has “thoroughly reviewed all the necessary information.”

Company spokeswoman Chris Creese said the test will be similar in size to Oxitec’s 2012 experiment in the Cayman Islands, where 3.3 million modified mosquitoes were released over six months, suppressing 96 percent of the targeted bugs. Oxitec says a later test in Brazil also was successful, and both countries now want larger-scale projects.

But critics accused Oxitec of failing to obtain informed consent in the Caymans, saying residents weren’t told they could be bitten by a few stray females overlooked in the lab.

Instead, Oxitec said only non-biting males would be released, and that even if humans were somehow bitten, no genetically modified DNA would enter their bloodstream.

Neither claim is entirely true, outside observers say.

“I’m on their side, in that consequences are highly unlikely. But to say that there’s no genetically modified DNA that might get into a human, that’s kind of a gray matter,” said Lounibos.

Creese says Oxitec has now released 70 million of its mosquitoes in several countries and received no reports of human impacts caused by bites or from the synthetic DNA, despite regulatory oversight that encourages people to report any problems. “We are confident of the safety of our mosquito, as there’s no mechanism for any adverse effect on human health. The proteins are non-toxic and non-allergenic,” she said.

Oxitec should still do more to show that the synthetic DNA causes no harm when transferred into humans by its mosquitoes, said Guy Reeves, a molecular geneticist at Germany’s Max Planck Institute.

Key West resident Marilyn Smith wasn’t persuaded after Oxitec’s presentation at a public meeting. She says neither disease has had a major outbreak yet in Florida, so “why are we being used as the experiment, the guinea pigs, just to see what happens?”

First, some good news. Even if a female mosquito escapes the lab and bites you, the amount of tainted blood you could receive is ridiculously low. Your body filters out more toxins when you eat a burger.

But, you see, not one person in this article talked about the real concern. And you know why? Because they don’t give a fuck, that’s why.

The problem isn’t that you or I will be ravaged by Franken-Skeeters, the problem is that wildlife eats mosquitoes like I eat spicy food.

So while the scientists involved can, truthfully, say that no humans have been infected by a modified mosquito, that really isn’t the issue. The issue is all the other bugs and birds that will eat the Franken-Skeeters and then, in turn, be eaten by larger animals and then, eventually, be eaten by us. That process can take many years to play out. After all, entire eco systems don’t just crash in a day.

A great example would be fertilizer. On the plus side, it makes plants grow healthier. On the down side, it pollutes the water table so severely as to render it undrinkable. That is further exasperated by the whole process of making commercial manure. Massive quantities of potash and phosphorus minerals are mined and treated and used to ‘enhance’ the manure. Those mining processes are very unfriendly to the environment and the waste they generate also seeps into that water table you were counting on.

You know, to keep living?

Not in Texas or Florida, of course, cause science is only a theory there, but most of the rest of the world is giving viable alternatives a chance. Simply put, unless you’re scooping up behind a horse or cow to get your fertilizer you’re probably part of the problem.

The thing is no one, not one single person, tested for consequences. They just tested the one thing they cared about, did it make plants grow better, and moved on. And the average jamoke still trusts the process enough to think “Of course they tested for the obvious stuff.”

Well, they didn’t and you can plainly see, if you read the comments from the scientists above, they have no intention of doing so. That kind of forethought no longer occurs to scientists who are punching a clock and feeding the coffers of their corporate masters.

Another great example is fracking. A safe and easy way to inject water, our old pal H2O, into the ground and use the pressure to bring out natural gas or petroleum.

What could possibly go wrong?

Well, when you put that much pressure on the mantel of the earth, something’s gotta give.

There are also earthquakes in Oklahoma, Texas and any place else that fracking occurs.

None of those locations are on any major fault lines. Well, they weren’t until the frackers started making their own.

I’ll sum up simply. Every zombie movie you’ve ever seen is a great example of how everything from diseases to bad ideas can spread.