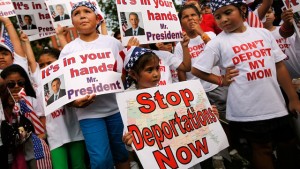 Sometimes humor is the only way to address a sticky situation. It releases the tension, points out the flaws, and focuses on the issues without pushing too many buttons. My gift to you , “Marisa In The Morning & #WeLuv2Complain”

Southern Belle Marisa in the Morning discusses her hatred for all things Illegal especially of the Latino Variety. 3 Callers try their best to get a word in edge wise as she goes on a racist rant that would make any white separatist still whistlin’ Dixie as proud as roosters in the AM. Check out a portion of this Conservative Radio Spoof below :

If you’re curious why everything you think you know about the Fourth of July is wrong, just click here and get the real skinny on the holiday. If you just want a bunch of trivia based around the date, then click here and have fun. But if you want to know why you have been celebrating the whole concept on the wrong day and why the person who you think wrote the famous document did nothing of the sort then just keep reading. This is a repost of a blog that seems to be becoming an annual tradition. The difference is, naturally, I’m posting it on the right day.

Every year we send our kids off to school to learn about the history of this great land of ours and every year teachers lie to our treasured genetic spawn. So, last year, in an effort to curtail the abuse, I wrote a definitive history of the Declaration of Independence. It is one of the most important documents in the history of our country and absolutely no one knows anything about it. The document you do know isn’t it. Call it “close, but no cigar.” Here is the original article.

On July 2nd, every year, I celebrate the Declaration of Independence. The seminal document that officially severed ties between England and the American colonies. You’re probably reading that and laughing. How could a smart man like me get the damn date wrong? Easy, I didn’t. You did. In fact almost everything you claim to know about the holiday and its history is horribly wrong. When John Adams wrote his wife Abagail stating that America would celebrate this day throughout history, he was talking about July 2nd, not July 4th. Nor was he talking about the document Jefferson had authored. That document, the one you’re thinking of, was not the Declaration of Independence. Jefferson’s had the clunky title of “A Declaration by the Representatives of the UNITED STATES OF AMERICA in General Congress assembled.”

Nope, the actual Declaration of Independence was written by an aristocrat named Richard Henry Lee in June of 1776 and was delivered officially to British authorities on July 2nd of the same year. Unlike the document you learned in school, Lee’s letter, such as it was, was a simple one sentence resolution. Two more sentences were added later in the year. Of the 13 colonies at the time, only New York abstained from signing it. Even back them it was a useless state with too many people.

Anyway, here’s the text of the entire document, including the later addenda.

Lee was an interesting cat. He was a hard-line believer in individual and state rights and thought there should be little or no federal oversight. He felt that any such move would be a move in the wrong direction. Or, as he famously said, “The first maxim of a man who loves liberty, should be never to grant to rulers an atom of power that is not most clearly and indispensably necessary for the safety and well being of society.”

In fact, on October 16, 1787 he wrote a letter fundamentally objecting to the whole idea of a U.S. Constitution. Given that Lee fostered a near paranoiac belief that all government was out to harm or oppress the individual, it’s not surprising that he firmly believed in the right of each individual to carry a weapon.

The Second Amendment to the Constitution – A well regulated Militia, being necessary to the security of a free State, the right of the people to keep and bear Arms, shall not be infringed – was clearly written to appease Lee and his followers since many representatives wanted to limit the use and ownership of firearms.

The document you were erroneously taught was the Declaration was actually an explanation for why Lee’s July 2nd document needed to exist.

The whole “When in the course of human events ….” language that you were forced to memorize as a child was a detailed, and severely edited, document explaining why Americans could no longer suffer British rule.

The parts that were edited out included granting slaves rights and freedom, anything that censured the people of England (since many colonists had English friends) and the idea of “sacred and undeniable truths” became “We hold these truths to be self-evident…”

In other words, the Declaration of Independence that you think you know and love was actually a political compromise that started a war but could have just as easily allowed for negotiations for reconciliation.

Had the latter happened we’d all be sipping tea and watching cricket on ESPN.

And while I know that I’m facing a Sisyphean task in attempting to set the record straight it just wouldn’t be America if someone didn’t try.