You are here: Home / Phone Shaming Advertisements To Get Your Framilies Income 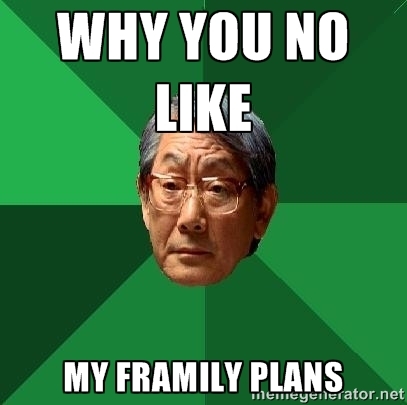 This article is going to be a little nuvo , so bare with me.

Its less of a write up and more of me simply pointing out what I see.

Maybe you’ve noticed it too. There has been a recent rise in guilt oriented advertisements.

Not your usual run of the mill guilt oriented advertisements either. Sure after spawning in the 1950’s and blossoming through the 1990’s. Guilt ads like “Drink your milk so girls and boys will pay attention to you.” Have always existed. When selling beauty products is fair to say there is a tinge of guilt there. Especially when selling anti-aging creme’s to a 40 year old woman by way of Halle Berry’s face, “She’s 40 and looks great. Not like your old wrinkly face!”

Let us not forget all of the Ax Body Spray commercial’s in which a spritz will make you less of a dweeb and more of a sex magnet. Which couldn’t be further from the truth. I hardly ever swoon for a guy drowning in cheap drug store cologne.

No, this new wave of Guilt advertising has stepped it up a notch. From hinting and winking at your insecurities in an effort to raid your pockets. To straight up saying to your face, “You’re a loser if you don’t buy this.”  Apparently the corporations have come to an agreement that the mass populous has been sufficiently dumbed down over the last few decades. And now they can simply prod at their pride to procure those pennies. (I love a good short limerick)

Coupled with the wacky advertisements of women kissing animals to sell chewing gum, mens mothers slithering around their horny teen boys like snakes  to sell body wash, or families & friends turned into some weird franken word like Framily. And you have a brand new world of weird , almost indigestible advertising. “I don’t want to say Framily”, the father (voiced by a stereotypical new yorker & played by a digital hamster) says.  No you’re not tripping this is an ad for a cell phone plan. “But dad you love to say Brunch and thats just Lunch and breakfast put together”. Ahh see what they did there. They helped you understand that some words are combination words like Kimye, Kim Kardashian & Kanye West, makes Kimye. So naturally Family and Friends makes Framily. Yet, just because you can, doesn’t mean you should. That was mostly a reference to Kimye’s recent nuptials , but it also applies to framily (lol).

Ok so that happen. Then this started to happen…

“Your phone isn’t from this year? Ugh why even mug you?”
I’m sorry but isn’t that a good thing? Oh thats write, why live if you don’t own things people want to steal? Silly me. Please continue…

That one was just misleading. The guys phone was simply called lazy. For all we know it was the last version of the new phone they are selling. The fact that in reference it slid into the backseat says more about dash mounts than how much better it works. Yet they get you to laugh and upgrade your shitty phone that a year ago was AMAZING! Now its just a dumb lazy piece of crap. And if that wasn’t obvious enough.

During my week long research for this article I tried desperately to find a commercial I recently watched. In the ad two men are at an outdoor kiosk and discussing one mans phone. “Man you need an upgrade”.
“I just got this phone like 2 years ago.” The ‘you’ character tells his friend.
“Don’t you know phones have a shelf life of 3 years tops?” His corporately programmed friend replied. This really irked me. It was the companies way of planting a mental seed into the brains of the viewer. ‘You know that 2 year contract is good. It helps you change your plan and get the latest phone. Life is better with the latest phone. Phones are old an yucky once they hit the 3 year mark.’ Its not so subliminal advertising.

However I could not find this commercial to save my life. If any of you know it or can find it please tweet me with it so I can add it to this article.

Now to show that I have a sense of humor and understand the importance of advertising to any business. Here is a cell phone commercial I actually like and agree with:

So whats the moral to todays story?

Don’t let peer pressure run your Adult life. Didn’t we all have enough of that in grade school?

Ok Now I have to run to the mall. No worries. I have a piece of shit phone no one wants, I’ll be just fine. 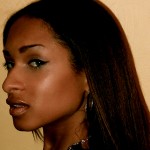