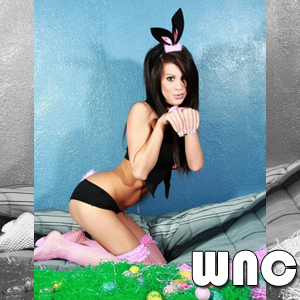 I know that people get so excited when something seems to agree with their narrow view that they neglect to check the facts. It’s why, and how, the Tea Party thrives. That being said, atheists and rationalists are allegedly the people who live on facts and facts alone. I used to count myself among their number until I realized that if I was the most evolved creature in the universe that the universe was fucked. Therefore, while I subscribe to no particular religion, I do believe in God. That being said I also believe in facts. I also understand that making fun of people who believe in God is fun to do and that American Christians and the Taliban, two like minded groups, are easy targets. That being said I do expect a little more out of my non-believing friends. If you are going to belittle me please do so based on reality. I can live with that. Anyway, last Easter I wrote about the whole Ishtar meme that seems to captivate those people who hate believers and facts with equal verve. Since it’s popping up again I’m tossing this blog up again.

Last year I wrote about the history of Easter. Mostly how it came to get that name since there is no such word in the Bible. Long story short, the holiday got blended with the Pagan celebration of the goddess Ostara a/k/a Eastre. She was, still is I would guess, a fertility goddess so the whole rebirth / resurrection theme fit well with the pagans of the day. And, while odd at its face, the whole eggs, bunnies and resurrection theme has had it’s uses. As I also noted the tradition of handing out eggs replaced human sacrifice. So that was some good news for folks. And, since the traditions were already mangled, Eastern Europeans now celebrate Easter with some fun S&M. Because nothing says “Jesus died for your sins” like a day filled with a few rounds of spank and tickle with a smoking hot brunette. These are the same people who celebrate a child eating demi-god for Christmas, so it all makes sense to them.

Some folks wrote to me to let me know that I had missed the whole Ishtar connection. Since there isn’t one, no, I didn’t. I’ll let Megan Mcardle explain.

My unfavorite new Facebook meme is this bit of sillyness which has apparently been spotted everywhere from the feeds of my college friends to (allegedly) that of Richard Dawkins’ Foundation for Reason and Science:

I immediately knew that this was a bit of nonsense for the simple reason that Easter is an English word. The Greeks and Romans called it Pascha, which is why Easter is Pasqua in Italian, Pascua in Spanish, and Paques in French. How exactly did the name of a Canaanite fertility goddess skip all the way to England from the Middle East without stopping in Rome or Byzantium?

There was (is?) a goddess named Ishatr and she seems to, loosely, be the basis for the goddess Ostara mentioned above but that’s about it. You’re covering about 2,500 years to get from point A to point B just in the names. As to the whole litany of other things allegedly associated with her, they are just wrong. She was noted for killing her lovers, making the animals she had sex with impotent and pissing off Gilgamesh.

That’s not exactly how the story of Jesus’ rebirth goes. Trust me, I’ve read it.

Just because words are homonyms doesn’t mean they mean the same thing. Otherwise anti, ante and auntie would make for interesting families.

“Hi, this is my uncle and antimatter.”

One thing that amazes me is the fact that people seem surprised that Christian holidays have pagan associations. Christianity, for all its many faults, is the most inclusive religion in the world. Initially that inclusion was simply practical. They couldn’t just conquer everyone so they needed to meet them half way if they were going to increase the size of the flock.

And, yes, it is true that Christianity has been the source of some horrid atrocities as well. Just ask a Gnostic if you can find one. People will angrily point that fact out every Christian holiday too.

Face it, Christianity is a roiling dichotomy. It has been since Saul who became Paul donned his sandals on the road to Damascus. That isn’t going to change any time soon.

In the end I look at it this way; there are enough true things associated with religions that I don’t need to make any up. And if you think eggs and bunnies are weird, you just haven’t been to a good penis festival yet.

“Legend Of The Golden Egg Warrior” from CRUSH on Vimeo.