You are here: Home / Calling the Kettle Black 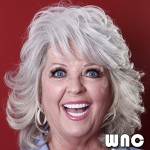 I woke up this morning and noticed that ‎بشير غدير احمد was now following this blog and its Facebook page. He is from Algeria and now lives in Iran where this whole Facebook thing is new. This blog also has a bizarre, and yet beloved, small fan club in India. If you visit the Rob Pongi site in Japan you will find us mentioned from time to time. Also in Japan we get love from the glorious techno pin-up model Julie Watai. We get fan and hate mail from Africa, Egypt, Siberia, Australia, Finland, Russia, Canada, and, believe it or not, Chicago. I point all this out to remind you that the world is round and no longer are places as distant as they once seemed. When I was a young man being visited by, or even talking on the phone to, a relative from Ireland was a huge deal. Now there’s Skype and cheap air fare everywhere. Which means you have to watch what you say so that you don’t insult our international brethren.

The same applies to our fellow citizens. Each of us comes from a place and a generation that has had its own issues with relating to others. When I was about 4 my grandfather told a black man, and he meant this as a compliment, that “(he) was the nicest nigger (he’d) ever met.” I was too young to understand why the man was insulted but I never forgot that he was. For my grandfather, an immigrant with a limited education, that was an unfortunate incident. To his credit he did learn that that word was not acceptable and I can’t recall hearing him use it again.

If I was 4 at the time Paula Deen was 18. Old enough to see that the Old South was dying again and that the woeful and ignorant excuses for racism were dying with it. She has proven that she is capable of learning. After years of foisting lard based sugar bombs on unsuspecting idiots and pretending they were recipes she made adjustments to her cook books to reflect a healthier lifestyle.

And, let’s be honest, her idea of health food is like your Uncle Earl’s; it involves beer.

Still, it was a step in the right direction.

After the contents of her deposition got out Deen began being dropped by sponsors faster than limbs falling off a leper. David Bauder has been keeping score.

Paula Deen was dropped by Wal-Mart and her name was stripped from four buffet restaurants on Wednesday, hours after she went on television and tearfully defended herself amid the mounting fallout over her admission of using a racial slur.

The story has become both a day-by-day struggle by a successful businesswoman to keep her career afloat and an object lesson on the level of tolerance and forgiveness in society for being caught making an insensitive remark.

Wal-Mart Stores Inc. said Wednesday that it ended its relationship with Deen and will not place “any new orders beyond what’s already committed.”

Caesars Entertainment Corp. said it had been “mutually decided” with Deen to remove her name from its restaurants in Joliet, Ill.; Tunica, Miss.; Cherokee, N.C.; and Elizabeth, Ind.

At the same time, Deen’s representatives released letters of support from nine companies that do business with the chef and promised to continue. There’s evidence that a backlash is growing against the Food Network, which tersely announced last Friday that it was cutting ties with one of its stars.

The Rev. Jesse Jackson said Deen had called him and he agreed to help her, saying she shouldn’t become a sacrificial lamb over the issue of racial intolerance.

“What she did was wrong, but she can change,” Jackson said.

During a deposition in a discrimination lawsuit filed by an ex-employee, the chef, who specializes in Southern comfort food, admitted to using the N-word in the past. The lawsuit also accuses Deen of using the slur when planning her brother’s 2007 wedding, saying she wanted black servers in white coats, shorts and bow ties for a “Southern plantation-style wedding.”

Deen said she didn’t recall using the word “plantation” and denied using the N-word to describe waiters. She said she quickly dismissed the idea of having all black servers.

Deen told Matt Lauer on “Today” on Wednesday that she could only recall using the N-word once. She said she remembered using it when retelling a story about when she was held at gunpoint by a robber who was black while working as a bank teller in the 1980s in Georgia.

In the deposition, she also said she may also have used the slur when recalling conversations between black employees at her restaurants. Asked in the deposition if she had used the word more than once, she said, “I’m sure I have, but it’s been a very long time.”

Her “Today” show appearance was a do-over from last Friday, when Deen didn’t show up for a promised and promoted interview. Deen told Lauer she had been overwhelmed last week. She said she was heartbroken by the controversy and she wasn’t a racist.

“I’ve had to hold friends in my arms while they’ve sobbed because they know what’s been said about me is not true and I’m having to comfort them,” she said.

Looking distressed and with her voice breaking, Deen said if there was someone in the audience who had never said something they wished they could take back, “please pick up that stone and throw it as hard at my head so it kills me. I want to meet you. I want to meet you.” It’s an apparent reference to the Biblical passage about whether a woman guilty of adultery should be stoned: “Let him who is without sin among you be the first to throw a stone at her.”

“I is what I is and I’m not changing,” Deen said. “There’s someone evil out there that saw what I worked for and wanted it.”
An uncomfortable Lauer tried to end the interview, but Deen repeated that anyone who hasn’t sinned should attack her.

Asked by Lauer whether she had any doubt that blacks consider use of the N-word offensive, Deen said: “I don’t know, Matt. I have asked myself that so many times, because it is so distressing to go into my kitchen and hear” what some young people are telling each other.

Deen said she appreciated fans who have expressed anger at the Food Network for dropping her, but said she didn’t support a boycott of the network. Through social media, the network has been attacked by people who said executives there acted in haste to get rid of Deen.

Save for the brief announcement late Friday that it wasn’t renewing Deen’s contract, Food Network executives have refused to discuss the case publicly, or say whether the network plans to address Deen’s fans. There have been online reports that the Food Network removed Deen’s programs from the air as early as Saturday; the network wouldn’t speak about what it has or hasn’t put on the air.

Starting last weekend, there has been a steady erosion of support for the network. The YouGov Brandindex, a measurement of how consumers perceive a particular company or product, said the Food Network’s score — which had been generally positive — had dropped by 82 percent in a week. The network has a negative image in the South and West, spokesman Drew Kerr said.

Meanwhile, liberal HBO host Bill Maher also said Deen shouldn’t lose her show. “It’s a wrong word, she’s wrong to use it,” he said. “But do we really have to make people go away?”

The Food Channel, a food marketing agency based in Springfield, Mo., said it has been flooded with angry messages from people mistaking the company for the Food Network. There have been so many that the agency posted a message to Deen on its website that it would be happy to work with her if possible.

Among the companies expressing support for her via her representatives was Club Marketing Services in Bentonville, Ark., which helps companies sell products at Wal-Mart, and Epicurean Butter.

All well and good, let the discussion begin. But, and this is a BIG BUT (I cannot lie), this discussion must include the topic of hypocrisy.

Of the top 6 African American chefs in the media only 2 are employed by the Food Network, Patrick and Gina Neely, and they come as a husband and wife team. The Food Network web site lists only one other black man, Athen Flemming, who is not a chef but is, I kid you not, the guy who cleans the kitchens for the chefs and steps and fetches what they need.

He has a nice uniform.

I mention that in case you were wondering why Deen fit in so well there.

And how about those fun kids at WalMart?

I’m just going to limit myself to recent stories, you have a life to get back to.

They had a white man arrested for having biracial children. They assumed he was a child molester. You know, because all child molesters take biracial kids to WalMart.

Had a black teen arrested because she left her line to stand in line with her cousin. Of course the white people in the store who shoved and tried to beat her were never even mentioned in the police report. Of course, that makes sense when you learn the cops told her to “go back to the ghetto.”

Let us never forget this gem; “Attention Wal-Mart customers: All Black people must leave the store.”

I still think the lawsuit that eventually followed is frivolous, but that kid didn’t get the job without meeting with someone.

Of course any article about WalMart wouldn’t be any fun if I didn’t mention how it’s okay to smoke cigarettes and avoid work, but not to pray. Well, at least not to Allah.

Villainous NASCAR-branded trinket retailer and employer of last resort Wal-Mart is being accused of firing ten African employees in Colorado in order to give their jobs to “local” people (whites). Also, Wal-Mart hates god but loves cigarettes. Allegedly.

According to the NYT, “All 10 complaints also stated that West African workers, who are Muslim, were refused short prayer breaks. White and Hispanic workers, they said, were permitted unscheduled cigarette breaks.” Together Wal-Mart and the Marlboro Man will slay the Muslin terrorist “Allah.”

You still need more? Click here to wander through millions upon millions of dollars that WalMart has paid out in race based lawsuits.

That’s right, Paula Deen was too racist for them.

Sorry, not buying it. Deen’s firing just happens to be the first good PR they’ve gotten in years.

Just FYI, casinos, who are also dropping Deen, have been paragons of equal opportunity since the 80’s. They don’t care what color you are or who you sleep with, they just want your money.

I didn’t say they were saints, just that they are the most moral of the groups involved thus far.

Yeah, it gave me pause to write that too.

Anyway, I hope Paula learns from this and gets back to work. She’s dense and antiquated but she’s not a terrorist.

UNCENSORED – Put Em On The Glass by LittleGouda
Listen to Bill McCormick on WBIG (FOX! Sports) every Friday around 9:10 AM.

Visit us on Rebel Mouse for even more fun!
contact Bill McCormick