You are here: Home / Saying Goodbye to a Friend 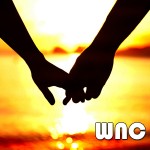 It was a week before Christmas. This stunning beauty got on the Fullerton bus. She was clearly upset. Listening to her rant on her cell phone I quickly figured out why. Her ex-husband had stolen her purse, but she had her wallet in her jeans so he didn’t get cash or credit cards, her car had broken down and ….. it went on. She put down her phone and, for reasons that elude me now, I spoke to her. What I said must have been one of my better openings since it elicited a huge smile. I would have paid good money to see that smile again. Anyway smiling led to talking and talking led to introductions and introductions led to me saying that I was headed to a bar to meet some friends. She got on her phone and made arrangements to be picked up at the bar and then offered to buy me a drink. Seeing no downside to being in public with a beauty like her and getting free beer, I readily agreed. A half hour later her friend arrived to pick her up. Numbers were exchanged and she left. I figured if I called her it would be stalking and if she called me it meant she as off her meds.

Two days later she called and didn’t sound the slightest bit nuts. We made arrangements to meet in public and eat food. It took me a while to realize that I was going on a date.

The date went well. I picked up the check and she said “Okay, but I get the next one.” So we made arrangements to meet at a different restaurant and eat food in public. I believe that qualified as a second date.

As our third date was coming to a close she said “It’s getting late. You should spend the night at my place.”

I looked at her and laughed. She smiled and said “Too obvious?”

I said “Oh no, that was very subtle.”

So we finished our meal and left.

Stuff happened that you don’t want to think about so let’s move on.

Shortly after the new year her job offered her a promotion and a raise. It would, literally, double her salary. Her kids, who will enter this story in a bit, encouraged her to take the job. Since I hadn’t even known her a month I had no formal say but also offered my encouragements. She accepted the job. It meant that she would have to leave the country in the middle of June. But that was six months away and right then there was a very pretty naked woman in my arms.

About a week before Valentine’s day we made plans for a romantic get away. There is an old Irish proverb which states “If you want to hear God laugh, make a plan.” Her parents, who were watching her kids, had something come up so they returned them to the house around 7:00 AM. The kids, being normal teenagers, wanted breakfast. So they burst into the bedroom and ….

Thankfully we were both asleep.

I was woken by the sound of a young man’s voice saying “Mom, there’s a giant white man in your bed!”

My brain was agile enough to note there was not a third person in the bed so I opened my eyes and said “If you give us ten minutes I’ll make a breakfast that will prove the existence of God.”

Shortly thereafter they were being introduced to vanilla infused Belgian waffles with orange whisk. I don’t know if it proved the existence of God, but since their mom was smiling and laughing – something I found out later she had not done in years – I got a pass from the kids.

The next day I met with a nutritionist. She informed me that, had I gone on a fad diet I would have lost weight and probably died in two months. She said I probably had the same amount of time if I did nothing. Organs failing, protein and iron counts way too high, yada yada yada. So what I heard was I had a couple of months to make a decision.

Then I had a thought. If I lost weight it would make it easier for the pretty lady to find my penis.

Yes, that is how my mind works.

So I took the short list of foods I was allowed and went shopping. By the third day of the diet I was glad I did. I already felt better and was sleeping sounder.

Time went on, I lost weight and no longer looked like a parade float. As one friend noted, I’d “deflated.”

There was a certain rhythm to my life now. And it was pleasant. Then June 1st arrived and she got a call asking her to come down a week early. They were willing to fly her and her family down and put them up if need be.

So Thursday night her kids spent the night with their grandparents and we had some alone time. Friday morning I left before sunrise and went home. I work from home on Fridays so I set up my office, made sure everything was live and then sat down and cried.

Not a lot, but enough to remind me that I’m human.

Friday night she was gone.

Her parting words to me were “Thanks for teaching me how to laugh again.”

I didn’t respond then but I should have said “Thanks for teaching me how to care again.”

Since we knew we had a finite amount of time together we didn’t spend much of it with other people. Still for the few who met her the below video will be hysterical. For everyone else it will just be confusing.

Live with it. We’ll get back to Florida and stuff tomorrow.