You are here: Home / They Are Going to Screw This Up 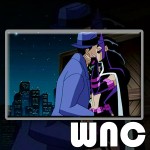 A friend of mine called me yesterday. She was excited about 3 things. I will share them in order. (1): she has a new girlfriend who (as far as I can tell) doesn’t seem to be psycho; (2): she found yoga pants that don’t accentuate her camel toe and, (3): she got a gig on the pre-production team for the upcoming Justice League movie. It was #3 that concerned me. She discussed the company viewpoint on the flick. Knowing that I’m a fan of the DC universe she thought, erroneously as it turns out, that I would be excited. It isn’t that I wouldn’t love to see a Justice League flick, I just don’t want to see the one she described. What she described was three random episodes of Super Friends glued together by a derelict. Essentially it came down to the Avengers II.

Don’t get me wrong, I loved the Avengers. It was an adrenalin fueled ride to a whole new world. It worked because the universe that Marvel created is wonderfully simple. You have Iron Man, Captain America, The Hulk, Thor, Hawkeye & Black Widow. The cartoon & comics add and subtract other characters (Hi, Ant Man!) but these 6 are your core. Five of them live in a world where absolutes are the only utterances, “I WILL DESTROY YOU!!”, and then there’s Iron Man.

In other words, there is one character that script writers have to provide a personality for and the rest they can just throw at bad guys. And that is EXACTLY what the Avengers did. The “we have a Hulk” scene could only be pulled off by Tony Stark a/k/a Iron Man. The rest of the movie can be summed up by saying “puny god.”

And all that’s fine. The Avengers’ movie is true to the Avengers’ universe and that is the way it should be.

And that is exactly why this approach won’t work with Justice League.

Back in November I noted that the most recent Justice League cartoon on Cartoon Network wasn’t really aimed at kids. It aired late at night and had characters who were willing to kill and who wanted to have lots of sex and was pretty upfront about both topics.

In case you’re not as much of a geek as I am, the original Justice League featured Superman, Batman, Wonder Woman, Flash, Green Lantern, Aquaman and the Martian Manhunter. Or, in order, an alien orphan with insane powers and anger issues, a conflicted vigilante with abandonment issues, an angry bisexual with mommy issues, a pacifist who only fights crime to keep the criminals from getting killed, a jet jockey with maturity problems, a guy who wouldn’t be all that upset if humanity died and a guy who thinks emotions such as caring are a giant waste of time. Although killing bad guys is kind of fun so he’s down with that.

Now, to be fair, in the cartoon and in the comics the Martian Manhunter does evolve quite a bit.

Still, these are very complex beings.

“Complex” doesn’t work well in movies. It took Christopher Nolan three movies to explain Batman. And many people feel slighted at that.

The new Superman film is hoping that fans know the basics so it can skip to the action. Which may be the only choice they really had.

And, as of now, there are still no movies in the works for Wonder Woman, Flash, Aquaman or the Martian Manhunter. So I am not sure how they could set up a Justice League flick. Certainly the train wreck known as the Green Lantern film will be hidden under a carpet somewhere. In case you ever want to know how to take decades worth of great stories and turn them into crap, just watch that flick.

The other issue is the two people kissing in the image above. They are The Question and The Huntress (Helena version).

These two characters passed screwed up about five miles back. Both are willing to kill, both are borderline paranoid and both are hot for each other. They are also the story-line that holds this mess together. They are humanity writ large. Just take 55 seconds out of your busy life to watch their first date to see what I mean.

Admit it, having seen that you now wish you had been on a date like that.

And that’s the problem. Unlike the Avengers every character in the Justice League is deserving of a trilogy on their own. Mushing them all into one film without all of the necessary background films will only make a pile of gunk.

Worse yet, at least according to my friend, is the fact that Warner Brothers, the company that owns the rights to this flick, has no intention of including The Question, The Huntress or the Martian Manhunter. In fact, as you can see from the video below, they may only include Batman & Superman and a couple of folks to be named later.

Which means they will spends a hundred million dollars on a product that will be inferior to a late night cartoon.