You are here: Home / Another Birther Conspiracy 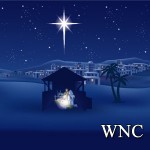 1 In those days Caesar Augustus issued a decree that a census should be taken of the entire Roman world.

2 (This was the first census that took place while Quirinius was governor of Syria.)

3 And everyone went to his own town to register.

4 So Joseph also went up from the town of Nazareth in Galilee to Judea, to Bethlehem the town of David, because he belonged to the house and line of David.

5 He went there to register with Mary, who was pledged to be married to him and was expecting a child.

6 While they were there, the time came for the baby to be born,

7 and she gave birth to her firstborn, a son. She wrapped him in cloths and placed him in a manger, because there was no room for them in the inn.

I got a nice email from a man named George who listens to the radio show on WBIG every Friday. He said that if I could explain, with a little less snark, why the Gospel of Luke was wrong about the birth of Jesus, he would be curious to hear that I had to say. Fair enough, my intention wasn’t to offend anyone, just to clarify some talking points.

Before we get to the story of the birth of Jesus we need to back track a bit. Specifically we need to go back to 63 BC. That was when Rome invaded, and conquered, Judea, the land of the Jews. The Jews, as you might imagine, did not like being invaded and conquered so there were several minor rebellions. Rome dealt with them in their usual subtle fashion, they killed anyone who opposed them.

Keep in mind that Judea had many great warriors but Rome had an army. There is a massive difference there. And the result of their clash was obvious. In less than a year Judea was a Roman enclave.

Rome wanted two things from Judea; (1) a Mediterranean port for trade and; (2) taxes. The former it got by holding the land, the latter it got by imposing the same method that Romans used on any lands they conquered. A centurion would guesstimate the population of a town or village, round it up and say “You owe Rome this much money every month.” It was then up to whoever the Centurion assigned to collect that money.

In Judea that task fell mainly to the pharisees.

They don’t come off very well in the New Testament, and you can see why. Their job was nearly impossible. They had to keep the Romans happy by taking as much money as possible from their fellow Jews while at the same time keeping the Romans from killing their fellow Jews for sport.

It was a task that made no one happy.

Flash forward to 5 BC. Chinese astronomers recorded that a comet appeared in the spring of that year and hung in the sky for an extended period. It probably got caught in a gravity well for a bit. But whatever the reason, there would have been a glowing object in the sky and, thanks to an optical illusion, it would have appeared to be hanging there as if it just magically appeared.

That seems about right for the Star of Bethlehem.

Now a couple of annoying facts. First off, Rome never counted the people it conquered in any census. They really didn’t consider them people. You were either a Roman citizen or you were chattel. And, to Rome, Jews were chattel unless they, like the family of Saul who became Paul, earned citizenship. Second, I have already noted how the Romans collected taxes. They did it that way to keep everyone in place. The last thing they would do is set the people they worked so hard to conquer loose on roads where they could congregate and foment rebellion.

This would have been especially true of the Jews. Most Roman soldiers were illiterate. Most Jews were not. They could read and write from a young age. That’s because, unlike any other contemporary religions, Judaism was memorialized in a book, the Torah. If you wanted to be a good Jew you needed to be able to read the Torah.

So a group of people who could spread a plan for rebellion just by passing slips of paper scared the hell out of the Romans. Better to keep them in their little towns and lord over them with garrison troops.

Which is exactly what they did.

A more logical reason for Joseph and Mary to be in Bethlehem would be trade. Why he would travel over 100 miles with a woman so close to her due date is beyond me unless they’d been there for a while. Whatever the reason, Pope Benedict and other religious scholars figure that Jesus was born in a cave outside of Bethlehem and not in a barn in town. There could easily have been a manger in the cave if it was used for keeping animal fodder fresh and safe.

Okay, so it’s clear that Luke got it wrong. Many people then ask “Why did he lie?”

That is the wrong question. It should be, “Why did he alter the message?” And there is a very good answer to that.

Put yourself in Luke’s sandals. You have this great message of peace and universal love. Peter, Mark & Matthew were sharing that message with their fellow Jews. But Luke was a Gentile. It’s not hard to imagine this conversation.

“So, Luke, you want us to follow the teachings of a dead Jew who ticked off Rome and the Pharisees so much they crucified him? Gee, gosh, we have so many less dangerous things to do today. Thanks for coming by, there’s the door.”

So how to get the message to pagans and Gentiles? First he knew that they were more aligned with goddess worship and the sacred feminine. He also knew that his story about the birth of Jesus would be viewed as apocryphal but it would get his point across.

This is a strong woman, much put upon by authority and she gave birth to a great son. Luke, unlike any other gospel author, spends a lot of time on the history of Mary, mother of Jesus, and her female relatives. This would have appealed to the pagans and the Gentiles of the time.

Second, Luke made sure to empower women throughout his gospel. Tied with the teachings of Jesus this would have made a powerful message to the non-Jews, and it did.

The fact that we’re talking about it today is proof enough.

What happened next is pretty well known so I don’t think we need to go into it all now.

And there were in the same country shepherds abiding in the field, keeping watch over their flock by night. And, lo, the angel of the Lord came upon them, and the glory of the Lord shone round about them: and they were sore afraid. And the angel said unto them, Fear not: for, behold, I bring you good tidings of great joy, which shall be to all people. For unto you is born this day in the city of David a Saviour, which is Christ the Lord. And this [shall be] a sign unto you; Ye shall find the babe wrapped in swaddling clothes, lying in a manger. And suddenly there was with the angel a multitude of the heavenly host praising God, and saying, Glory to God in the highest, and on earth peace, good will toward men.

That’s what Christmas is all about, Charlie Brown.