You are here: Home / Newtown 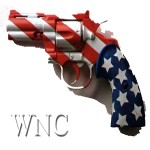 On December 14, 2012 a young man with many troubles walked into a school and killed 26 human beings, 20 of them children. He did this after he’d already killed his mother. This much we know. What happened next would have been laughable if it wasn’t so sadly predictable. Left wingnuts are going to use this isolated incident to take away our right to bear arms. Right wingnuts are going to use this sadly common occurrence to demand that we arm kindergardeners. Centrist wingnuts …. oh wait, there’s no such thing. When this story first broke I wrote on a friend’s FB post what the reactions would be. The bodies were still warm in the school when I was proven right. You know, it’s okay to prove me wrong once in a while. In fact there are many people who would encourage that kind of behavior.

The media reaction was just as sadly predictable. Although in this case it took a very sick turn. Since young children were the only witnesses that’s who the media tossed on screen again and again. Parents, too numb to think this through, let them. This was gross exploitation on an epic scale.

“Hi, you’re cute. So, your little classmates just got killed, how do you feel?”

There’s a special place in hell for everyone who authorized that to happen.

But, when not exploiting children, the local coverage took a bizarre turn. Reporters were seen, outside in Chicago, standing in front of trees or schools so that their viewers would know that we have trees and schools just like they do in Connecticut. 20 kids were killed in just a few minutes. We don’t need to see a freaking tree to sympathize.

Connecticut Gov. Dan Malloy called the event a tragedy. That’s as good a word as any. He also, correctly, noted that you can never be prepared for an event like this. Because no matter how well planned the individual terrorist may be, and let’s name this individual for what he was, he or she confides in no one. They are like a force of nature that arrives without warning. Think well armed earthquake and you get the idea.

So what’s the solution?

There isn’t one. Not one that works 100% of the time. Arm everyone? The killer today would qualify as someone. Ban all guns? Not in a country founded, in part, by the gloriously paranoid Richard Henry Lee. The Second Amendment exists, for the most part, to keep him and his followers happy.

So then what? My friend, Chayse Love, had a solid idea. Talk.

Not scream, not be more bellicose than thou, not argue in sound bites, but … talk.

It can be done.

What we can do is take a real look at the language of that brief bit of legalese and make it fit in a modern society. Here’s the whole thing in case you slept through high school.

A well regulated militia being necessary to the security of a free State, the right of the People to keep and bear arms shall not be infringed.

We can ignore the obvious intent since well armed locals were the only way the fledgling U.S. was going to keep the English out of the country. The rights implied in that one sentence have been greatly expanded by the courts since then.

So let’s take a reasonable look at where we are now. Concealed carry? Stop fighting it. That ship sailed years ago.

But, go back to the Second Amendment and highlight the phrase “well regulated.”

Our current laws do no such thing. They ban, they harass and they obfuscate, but they do not regulate.

Hardcore fans of the Second Amendment are often the same people who advocate voter ID laws and so on. Their argument being that you need an ID to do almost any legal task in this country so you should certainly need one to pick the leader of the free world.

Okay. Let’s work out a way to make that a reality and move on.

You also need to have a license to drive a car. And a vehicle is far less of a menace to society than a gun. So let’s put some tests in the way of gun or ammo purchases. A friend of mine and I were talking about this earlier and we had the same ideas. Let’s get a personality test in place prior to a license being issued. Let’s increase the waiting period for any firearm purchase to a month. Let’s limit the type of weapons that can be sold. There is no logical reason for anyone to own a rocket launcher or an M-16.

Because, kids, when gun advocates point out, correctly, that concealed carry laws reduce gun related crimes, they are only telling you half the truth. You also need to know that in 2011 10,728 people died in gun related violence in the U.S. That is compared to less than 225, total, for Japan, Britain, Switzerland, Canada, Sweden and West Germany combined.

If nothing else, we need to talk so that we never again see the President of the United States cry during a press conference. We should never have that level of pain between our shores. We’re supposed to be better than that.

Here is his speech for those who missed it.

This afternoon, I spoke with Governor Malloy and FBI Director Mueller. I offered Governor Malloy my condolences on behalf of the nation, and made it clear he will have every single resource that he needs to investigate this heinous crime, care for the victims, counsel their families.

We’ve endured too many of these tragedies in the past few years. And each time I learn the news I react not as a President, but as anybody else would — as a parent. And that was especially true today. I know there’s not a parent in America who doesn’t feel the same overwhelming grief that I do.

The majority of those who died today were children — beautiful little kids between the ages of 5 and 10 years old. They had their entire lives ahead of them — birthdays, graduations, weddings, kids of their own. Among the fallen were also teachers — men and women who devoted their lives to helping our children fulfill their dreams.

So our hearts are broken today — for the parents and grandparents, sisters and brothers of these little children, and for the families of the adults who were lost. Our hearts are broken for the parents of the survivors as well, for as blessed as they are to have their children home tonight, they know that their children’s innocence has been torn away from them too early, and there are no words that will ease their pain.

As a country, we have been through this too many times. Whether it’s an elementary school in Newtown, or a shopping mall in Oregon, or a temple in Wisconsin, or a movie theater in Aurora, or a street corner in Chicago — these neighborhoods are our neighborhoods, and these children are our children. And we’re going to have to come together and take meaningful action to prevent more tragedies like this, regardless of the politics.

This evening, Michelle and I will do what I know every parent in America will do, which is hug our children a little tighter and we’ll tell them that we love them, and we’ll remind each other how deeply we love one another. But there are families in Connecticut who cannot do that tonight. And they need all of us right now. In the hard days to come, that community needs us to be at our best as Americans. And I will do everything in my power as President to help.

Because while nothing can fill the space of a lost child or loved one, all of us can extend a hand to those in need — to remind them that we are there for them, that we are praying for them, that the love they felt for those they lost endures not just in their memories but also in ours.

May God bless the memory of the victims and, in the words of Scripture, heal the brokenhearted and bind up their wounds.