You are here: Home / And The Sinning is Easy 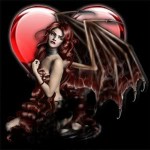 Don’t worry, this is not going to be one of those preachy articles that’s full of treacle and snappy bon mots that amount to nothing. If you want useless crap like that, go read The Secret. Or, if you like a meaningless plot with your drivel, I can readily suggest the Celestine Prophecy. But if that’s what you want, then this is probably not the page for you. Regular readers know to expect a collection of idiots (today will not disappoint), something Floridian (gotcha covered) and, maybe, a personal vignette from your’s truly. We’ll start with the latter. I recently posted on my sports blog about how I had run into some fans of the Aryan Front, a neo-Nazi happy clan that loves group activities. I received some emails from people who seemed to think that they are a swell bunch of fellers and I should do whatever I can to support them. Sorry kids, I still have some working brain cells. The White Supremacy ship sailed years ago. And it wasn’t launched by some tree hugging liberal. Nope, it was set adrift by a coke snorting, war loving, conservative who appointed Colin Powell (a very black man) as the first African American Secretary of State and Condoleezza Rice (a mixed race woman) as his successor for that position. You can thank him for us having a black president. He paved the political way. So, since you can’t unring a bell I would suggest that you get used to the real world around you or go live in one of those famous “whites only” compounds in Montana. It would be very consideraate of you to get neutered before you arrived.

Besides, stupid people come in all shapes, colors and sizes. I would be remiss if I ignored someone just because of a personal prejudice. In fact, let’s start with a WNC SAHHH-LOOOOT to the fine citizens of Wolfforth Texas who prove that old axiom; people don’t get the government they want, they get the government they deserve.

A winner has been chosen by a coin toss in a Texas city council election.

Church administrator Bruce MacNair won Friday’s flip that decided the race between him and Bryan Studer.

The two had agreed to the coin toss to decide the contest for a seat on the Wolfforth city council after each received 118 votes in last weekend’s election.

MacNair won by drawing heads. He says he’s glad the election is over.

Wolfforth is a bedroom community near Lubbock with about 3,700 residents.

That’s right, less than 10% of the population could be bothered to put down their beer and head on down to the local VFW to take 2 minutes out of their busy lives to participate in their governance. I hope the winner runs that city dry with expense accounts loaded with crack whores and gambling. They don’t deserve anyone competent.

In Phoenix Arizona, they are continuing their fine tradition of outlawing stuff nobody does nor has any intention of doing.

The Phoenix City Council on Wednesday approved a ban on horse diving, the act of having a horse dive into a pool of water from dozens of feet in the air.

Phoenix City Councilwoman Thelda Williams brought the issue to the council, saying she wanted to be proactive to ban horse-diving efforts in the city.

In 2008, Williams successfully convinced fellow council members to ban horse tripping, the practice of roping or tripping equines for the purpose of entertainment. The council’s vote Wednesday amends the horse-tripping ordinance to include the ban on horse diving. A first offense would carry a fine of $1,000.

Williams hasn’t heard of any recent horse-diving attempts, but she said she came across e-mails in December suggesting an effort may be planned.

A recent attempt to revive equine diving at the famed Atlantic City Steel Pier, where it was popular from the 1920s to ’70s, was squashed after protests from animal-rights groups.

Cops in Boise Idaho are all laughing at the guy who robbed a store while wearing his underwear over his head.

Police in southwest Idaho say a man chose briefs over boxers to wear on his head as he held up a coffee shop and stole a safe.

Coffee shop owner Jason Wilson tells the Idaho Statesman says he believes the man was likely not prepared when he entered Big Star Coffee in Fruitland with an accomplice on Tuesday morning.

Wilson asked: “Who robs something with underwear on their head?”

Investigators say the two burglars made off with about $500 in cash that was inside the safe. Their actions were captured on surveillance cameras inside and outside the shop.

HA HA HA HA HA …. HEY! Wait a minute you stunods! He got away and you have no clue who he is. Why are you laughing?

If you are going to laugh at someone it ought to be Tyree Appleberry, no relation to Johnny Appleseed. He tried to ticket a cop while pretending to be a cop.

Police say a New Mexico man pretended to be a police officer and is facing a misdemeanor charge after he pulled over a real Albuquerque Police Department detective.

According to police, the 42-year-old turned on his strobe lights on his white Chevy Tahoe in an attempt to stop an undercover officer.

But Tyree Appleberry said he was not impersonating an officer and was instead asking the driver why he was in the parking lot next to an auto auction yard where his friend works.

Authorities say Appleberry had a warrant out for his arrest for failing to appear in court for a reckless driving charge.

A spokesperson for the Albuquerque Police Department told the news station that the arresting officer made the choice to charge Appleberry with a misdemeanor instead of a more serious felony charge.

It was the uniform that caused him problems.

Anyway, each and every person I have written about today would be considered a “sinner” in most religions. Did you know that, in some cases, activities such as these can be good for you? Simon Laham, a real scientist and not one of those TV dudes who tries to sell you wight loss pills, says sinning is good for you.

DON’T feel guilty about caving into lustful feelings on Valentine’s Day, there is scientific proof dabbling in the seven deadly sins can be good for you.

In The Joy of Sin, a controversial book to be launched this month, University of Melbourne experimental social psychologist Simon Laham has collated international studies to reveal the flip side to traditional sins.

“We’ve had centuries of having it drilled into us that the seven deadly sins are just bad, but when you look at the research, there is some complexity there and they can often be quite good for you,” Laham said.

He said lust not only improved analytical thinking, but made you more helpful and creative as lovers played up those traits to attract interest from the opposite sex.

While anger is associated with violence, Laham said it led to physical force only 10 per cent of the time.

“Anger can be quite functional by becoming a motivator that drives us to persist with a goal that’s frustrating,” he said.

So angry sex can make you happy? I am sooooo down with that!