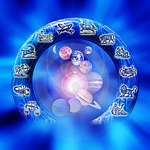 We all look for the tiny things to make sense of the larger things. Whether it be numerology or counting lines on the palm of your hands we all hang on to the nonsensical to explain the world. There is nothing inherently wrong with that, it has happened since the Sumerians first described what we call Babylon. Our problem with the supernatural arises when our trust is violated, as it often it is. Some people guarantee that bones thrown, entrails burned or sacrifices named are all we need to be better in the eyes of some god. These people have been universally proven wrong, but that has not even remotely slowed them. What we know has never been hindered by what we believe.

In Maryland people are stunned that a charity tool was not real and their money designated for AIDS research and spent it was to build a strip club.

A convicted drug dealer is being sued for allegedly erecting a strip club with funds that were supposed to help HIV and AIDS patients find work.

Cornell Jones, of Miracle Hands, allegedly used a quarter of a million dollars of the organization’s money to build The Stadium Club, a strip club in Northeast Washington, WUSA9.com reports. According to Washington, DC Attorney General Irv Nathan, Jones received the money back in 2006, which was slated to build a job training center for people with AIDS.

The current club owner, James Redding, said he bought the property from Jones 18 months and that Jones has not been involved in the strip club in any way, the news outlet reported.

On the plus side, using money to nail a stripper isn’t a bad goal.

But what about the people who use the Internet to be the modern equivalent of gypsies? Well caveat emptor bitch. AOL says there are morons who are buying wooden i-Pads.

No, I am not making this up.

There’s plenty of cheap iPad scams out there, but two con artists in South Carolina really added some flair to their fraud.

Ashley McDowell, a 22-year-old South Carolina woman, found herself holding a creatively decorated piece of wood (seen above) after scammers took her for $180, claiming they were selling her a bargain-rate iPad, according to The Smoking Gun. Police are currently looking for the suspects, who were initially trying to get $300 from McDowell. (The actual minimum retail price of an iPad is $499.)

According to the police report, two men approached McDowell in the parking lot of a McDonald’s with the deal, claiming they bought the iPads in bulk. The supposed iPad sold to McDowell was packaged in a FedEx box, not the standard Apple packaging, according to CBS.

McDowell learned she was ripped off when she opened the package on her way home in her car.

The suspects behind the rip-off were driving a Chevy Impala with no rims, reads the officer’s report. One of the suspects was described as having a gold tooth.

While this scam seems pretty avoidable, it’s not the first time the “brick-in-a-box” con has claimed a victim. In 2009, the Consumerist reported that a Texas man claimed that Best Buy sold him a real brick instead of a MacBook Pro and refused to exchange it.

Earlier this year, CNN reported on a separate Best Buy incident, in which a customer bought a fake iPad that looked real at first glance and came packaged in a seemingly genuine iPad box.

But what if all your problems could be ameliorated by knowing where Pluto, no longer a planet, is? Well, you’d be reading this crap.

I want to pay attention. I want to keep up. I want to be able to contribute intelligent conversation at dinner. I want to participate in the process. But oh, brother. A bottle full of diet pills can’t keep me awake when I try to listen to the yowling TV politicians and pundits, kicking each other’s head around like a football. Anybody’s opinion is certainly as valid as anybody else’s, but they all appear as knowledgeable and iffy as weather people predicting the path of a hurricane.

Astrologers are no better at figuring out who will end up in the White House, but at least astrology provides a sense of greater perspective on the turmoil that is facing not only Washington D.C., but the entire planet.

As far as the United States is concerned, so many people are struggling to perpetuate an image of past glory as embarrassing as Mae West’s at the end.

Who the hell is Mae West?

A great and sexy movie star from the old days who was a bold and iconoclastic image for women in her younger days. Then she turned eighty and pretended she wasn’t.

America is smack in the middle of a double planetary return: Saturn and Pluto. When planets come back to the places they occupied back at their “birth” (this goes for people, corporations and countries), you get reminded of who you are and who you are not. You get another chance to do it over. Do it better. Act with greater consciousness based on the experiences you’ve gained and the lessons you’ve learned up to the present moment. If you get the joke, understand the message, grow up and move forward with greater wisdom, prudence and openness, the path to the future is clearer. Not always easier. But clearer.

The United States is having a Saturn return right now. In the sign of Libra. People (or countries) born with Saturn in Libra want relationships. They need relationships. They are not supposed to try to go it all alone. Their lesson is cooperation and partnerships. Only problem is, they can’t stand being controlled by their own need for relationships. So they do everything they can to control the other person (or nation or leader), maintain the upper hand in the relationship. They often try to get close to people who are not available and are sometimes more responsive when they are at a disadvantage and attempting to win over the other person’s love.

The United States is now seeing once again that it doesn’t have all the aces in the global poker game. It never will. That’s the secret to Saturn in Libra. No matter what you do to gain control, you still have to acknowledge that to function best, like it or not, you have to share resources.

No matter what sort of four alarm chili sauce rhetoric they are spooning out to their constituents, all the Republican wannabees know they will have to make giant concession to the Democrats once they get into power. And all those poor once starry-eyed but disillusioned Democrats who now vomit every time Obama opens his mouth, have come to see that the Republicans had a helluva lot more to do with Obama’s election than they ever dreamed.

Saturn in Libra is the inexorable demand to share control. We see it in Washington. We see it in the oil rich lands around the world. We hate our dependence. But we can’t get away from it. We see it in our own lives.

That happens once every two hundred and fifty years. When did it begin? It all started when the colonists hassled the Indians and didn’t want to pay for the land. They found themselves in the middle of a political battle for control between themselves, the Natives and the British Parliament. It was all about who was going to run things in the New World. The life, liberty and the pursuit of happiness thing was also involved, but America is a Sun, Venus, Jupiter country. It was also about money and land.

And it still is.

Just consider the banks and foreclosures.

Where it is all heading? To a complete transformation (revolution), changes in the Constitution, and a complete overhaul of the System. When is it going to happen?

It IS already happening, but will go into high gear toward the end of the two thousand teens.

So don’t get naked and run screaming through the streets ringing doorbells. It’s the Pluto return. Go with it.

Oh, go ahead and get and get naked and run through the streets. It’ll probably make you feel better and it will certainly give me something interesting to write about.