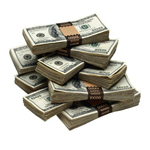 You think you need money. You bust your butt day after day to grab a shekel and serve mammon so it may not have occurred to you that you’re wasting your life. After all, what can you possibly accomplish without geld in the bag? I know, I know, you think I’m about to go off on some tree hugging, back to nature, horse-hockey that reeks of stupid. If you’ve read anything I’ve ever posted, at all, you know that will happen two days after the final trump. So why do I even pretend to start one of my glorious blogs by talking about how you don’t need money? Because, with some planning and a little effort, you don’t. And, given the economy we inherited this is something you might wish to read.

Heidemarie Schwermer has dedicated her life to helping others live without money and still be viable parts of the world at large.

Heidemarie Schwermer, a 69-year-old woman from Germany, gave up using money 15 years ago and says she’s been much happier ever since.

Heidemarie’s incredible story began 22 years ago, when she, a middle-aged secondary school teacher emerging from a difficult marriage, took her two children and moved to the city of Dortmund, in Germany’s Ruhr area. One of the first things she noticed was the large number of homeless people, and this shocked her so much that she decided to actually do something about it. She had always believed the homeless didn’t need actual money to be accepted back into society, only a chance to empower themselves by making themselves useful, so she opened a Tauschring (swap shop), called “Gib und Nimm” (Give and Take).

Her small venture was a place where anyone could trade stuff and skills for other things and skills they needed, without a single coin or banknote changing hands. Old clothes could be traded in return for kitchen appliances, and car service rendered in return for plumbing services, and so on. The idea didn’t really attract many of Dortmund’s homeless, because, as some of them told her to her face, they didn’t feel an educated middle-class woman could relate to their situation. Instead, her small shop was assaulted by many of the city’s unemployed and retired folk eager to trade their skills and old stuff for something they needed. Heidemarie Schwermer’s Tauschring eventually became somewhat of a phenomenon in Dortmund and even prompted its creator to ask herself some questions about the life she was living.

She started to realize she was living with a lot of stuff she didn’t really need and initially decided not to buy anything else without giving something away. Then she realized how unhappy she was with her work and made the connection between this feeling and the physical symptoms (backache and constant illness) she was feeling, so she decided to take up other jobs. She began washing dishes for 10 Deutchmarks an hour, and despite many were telling her things like “You went to university, you studied to do this?”, she felt good about herself, and didn’t feel like she should be valued more because of her studies than someone working in a kitchen. By 1995, the Tauschring had changed her life so much that she was spending virtually nothing, as everything she needed seemed to find its way into her life.

So in 1996. she took the biggest decision of her life: to live without money. Her children had moved out so she sold the apartment in Dortmund and decided to live nomadically, trading things and services for everything she needed. It was supposed to be a 12-month experiment, but found herself loving it so much that she just couldn’t give it up. 15 years later, she still lives according to the principles of Gib und Nimm, doing various chores for accommodation in the houses of various members of the Tauschring, and loving every minute of it. Schwermer has written two books about her experience of living without money and asked her publisher to give the money to charity so it can make many people happy instead of just one. She’s just happy being healthier and better off than ever before.

All of her belongings fit into a single-back suitcase and a rucksack, she has emergency savings of €200 and any other money she comes across, she gives away. Heidemarie doesn’t even have health insurance as she didn’t want to be accused of stealing from the state, and says she relies on the power of self-healing whenever she gets a little sick.

Most Americans know that health insurance is a silly idea and no one needs it, so there’s nothing to worry about there. As for the rest, it can be done. In many ways, since I became an independent contractor in November of 2009, I’ve been doing many of the things she does. The major difference being I have to pay rent and feed my cats.

And yet, I manage.