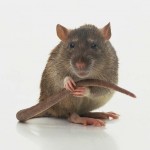 There are lots of things that give my Fox radio co-host, Ryan Gatenby, nightmares. There was the thought of me wearing nothing but a tutu that made his entire family enter into therapy. That wasn’t even my fault, but these things do crop up from time to time. I’m sure similar things have happened to you. Then there was the rat that has learned to use poison as a tool to kill predators and people. That one put even me off my feed for a while. Not to say I’ve been eating rats, but you get the idea.

Of course other people have different ideas of what causes nightmares. For example, rugby players in New Zealand are telling other rugby players not to have sex (so they can focus on the game) just as New Zealanders are getting ready to have bikini models on motorbikes herd sheep.

What could possibly go wrong?

The major concern seems to be whether the forced-celibate rugby players would be more interested in the bikini models or the sheep.

Yeah, I don’t want to go there either.

But one little story is guaranteed to send you searching the medicine cabinet for anything really strong that you can wash down with bourbon. It seems that 100lb rat-cousins have been showing up in Paso Robles, California and moving into their Water Treatment Plant.

You won’t believe what is lurking in the wastewater in Paso Robles. We’ve all heard of sewer rats — how about sewer capybaras?

They’re the largest rodents in the world, and one is roaming North County. They’re native to South America, and one was spotted at the Paso Robles Wastewater Treatment Plant three weeks ago.

Capybaras can reach the size of a large dog, and the Department of Fish and Game says this one is about 100 to 120 pounds.

Some describe it as a giant rat, others a giant guinea pig.

“It was just a different-looking animal than we’ve ever seen here,” said Nick Kamp, a wastewater operator, who took pictures of the capybara.

He said July 22 started out as a normal day — until he saw a capybara rise from the wastewater pond. It’s the last step in the wastewater processing plant before it dumps into the Salinas River.

“It had the body of a pig, but it had a longer nose and head to it,” Kamp said.

He said the capybara appeared calm and serene.

It locked eyes with Kamp before submerging into the wastewater.

“You could see just bubbles that were coming up to the surface where it was swimming,” he said.

Capybaras are known to be excellent swimmers, and workers here say this one seemed to know right where it was going. They say they saw it swimming around in the water before finally making its way toward the Salinas River.

But while it’s the first time the Department of Fish and Game has gotten pictures, it’s not a capybara’s first appearance on the Central Coast.

The first sighting was about three years ago five miles east of Paso Robles at the Hunter Ranch Golf Course.

The second was two years ago at a ranch about a mile from the treatment plant on North River Road. The ranch owner says the capybara chased the horse away before eating its hay; it then chased after the ranch’s labrador retriever.

The ranch owner shot at the capybara but didn’t know whether the shot hit it; the Department of Fish and Game confirmed through footprints it was indeed a capybara.

Authorities also believe it to be the same rodent over the years.

The Atascadero Zoo also used to have a few capybaras, including a pair that lived together for years.

“The capybara is not a particularly nice animal,” said Alan Baker, the zoo’s director. “They are essentially a giant rat.”

He says one day, out of nowhere, the female killed the male with her sharp teeth; she died of cancer a few years ago.

Baker says this capybara won’t be too lonely without a mate.

“They do fine by themselves,” he said. “They’re not like us, where they have this burning need to find another capybara.”

Meantime, Kamp looks for the capybara each morning, waiting for its return.

“It just made its way back out into the river, and that was it,” he said. “We haven’t seen it since.”

The rodents can live around seven to eight years; capybaras are illegal to have as pets without a special permit in
California.

Neither the Atascadero Zoo nor the Department of Fish and Game has heard anything about a capybara escape in the area.

Why are they showing up in the U.S.? Mostly because there native habitat is being turned into parking lots and nature has no compunction about moving pieces around. Just look at the wild life infesting Chicago.

No, I’m not talking about River West.

Everything from coyotes to falcons now call the Windy City home.

The good news is that capybara’s like warm weather, so they’ll only infest red states.