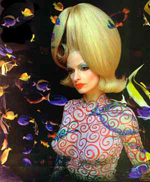 Science fiction is fun. It allows the reader to play a game of “what if” with the author. What if replacement parts could truly make a human better, faster and stronger than ever before? Or, what if simple spores could wipe out our atmosphere and rebuild our planet in an alien image? Or what if man could truly travel amongst the stars? How about if the stars came to us?

They are all fascinating subjects and they all have been mined for some of the most thought provoking fiction known to man.

One theme that continually has arisen, especially after H.G. Wells’ famous book, is what if there was/is/could be life on Mars. Would it be friendly? Hostile? Benign? Some bizarre combination of the three? The concept has inspired some incredibly lucid fiction and some mindless drek.

As it turns out, however, we have our answer about Mars. In fact we got it in 1911. As Ian O’Neill, from Discovery News writes, that was the year Mars attacked Egypt ….. and killed a puppy.

Exactly a century ago, on June 28, 1911, an explosion shook the Nakhla region of Alexandria in Egypt at 9 a.m. Soon after, around 40 chunks of meteorite debris from the high altitude blast rained down. 22 pounds (10 kilograms) of the bolide were recovered by witnesses of this cosmic event.

The Smithsonian received two samples of the Nakhla meteorite the following August and then acquired a larger 480 gram (one pound) piece in 1962. By the 1970’s, the Smithsonian had collected 650 grams (1.4 pounds) of the meteorite.

The Nakhla meteorite fragments — dubbed “Nakhlites” — are now known to originate from Mars. Even better than that, scientists have been able to narrow down to where on the Martian surface the original meteoroid came from.

Nakhlites are igneous rocks rich in the mineral augite. This indicates the original rock formed as a basaltic magma approximately 1.3 billion years ago, when Mars was volcanically active.

Through careful analysis of the rock’s crystalization ages and crater-count chronology of different regions on Mars, the Nakhla meteorite most likely formed in the ancient volcanic regions of Tharsis, Elysium or Syrtis Major Planum, according to the Smithsonian website.

The surface of the Red Planet was then hit by a large meteorite, blasting debris from the surface and into space. One of those pieces of Martian crust became the meteoroid that drifted to Earth and fell as the Nakhla meteorite.

As famous this meteorite is, it’s also infamous for its canine-killing ways.* According to the Smithsonian blog, one particularly dramatic eyewitness account recounts that morbid day for Fido:

“The fearful column which appeared in the sky at Denshal was substantial. The terrific noise it emitted was an explosion which made it erupt several fragments of volcanic materials. These curious fragments, falling to earth, buried themselves into the sand to the depth of about one meter. One of them fell on a dog…leaving it like ashes in a moment.”

While it’s entirely possible a meteorite hit an unfortunate dog, the “leaving it like ashes” part seems a little over-the-top. As we’ve learned from certain Israeli meteorite misadventures, meteorites — particularly meteorite fragments that likely fell to Earth at terminal velocity — are usually cold on arrival. So it’s hard to see how the dog would turn to “ash,” rather than simply being squashed.

Either way, the dog’s still dead.