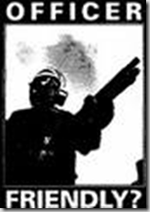 I had a crappy day yesterday. Pretty much anything that could go wrong did so in epic fashion. I won’t bore you with the details, since we all have bad days from time to time but, suffice it to say, I’m glad that one’s behind me. The day was capped off by the news that my favorite first lady, Betty Ford, had passed away. It’s not often that we’ve had someone of such stature admit that she wished she smoked pot and openly discussed her, then, 18 year old daughter’s sex life on TV. The last one led to the hilarious press conference wherein said daughter denied having a sex life and seemed to wish that mom would just go on tour with the Grateful Dead and leave her out of it. Gerald Ford may not have been much of a president but his wife left an indelible mark on our history. From her famous rehab center for drug addicts to her unflinching support of women’s rights, she was a true original and will be sorely missed.

If she’s reading this today in heaven, here’s hoping she gets a chuckle or two out of it.

Police in Boca Raton, Fla., said an officer was suspended for 84 hours without pay for looking at pornography on his work computer.

Meanwhile, on the other side of the state in Daytona Beach police were stunned to discover that they just can’t randomly strip search hot babes.

A Florida city agreed to pay an $195,000 settlement to four exotic dancers and two female bartenders who claimed they were illegally strip-searched.

U.S. District Judge Mary Scriven approved the settlement offered by the city of Daytona Beach Shores to the six employees of Biggins Gentleman’s Club, where the workers said they were illegally strip-searched during a drug raid in September 2009, the Orlando Sentinel reported Friday.

One of the dancers was found to be carrying a marijuana cigarette but charges were later dropped.

Brett Hartley, an attorney for the employees, said they will each receive $5,000 and the rest will go to pay for attorney’s fees.

Hartley said an “all persons search warrant” was obtained by officers to search everyone inside the club, but the lawyer said such a warrant is illegal and Scriven agreed.

Hartley said the strip-searches were conducted in front of 20 male officers, despite strip-search laws stating “any observer shall be of the same gender as the arrested person.”

Anyway, not all cops are in Florida. Some are in Garden Grove, California. Cops there find themselves being sent for training on how to handle the plethora of naked, Vietnamese, waitresses and their gambling machines.

Police said no citations have yet been issued under a new ordinance banning smoking, gambling and nudity at Vietnamese cafes in Garden Grove, Calif.

Nightengale said letters of intent to enforce the ordinance were recently hand-delivered in Vietnamese and English to Vietnamese cafes in the city.

The cafes, known for loud music, tinted windows and scantily-clad servers, were the target of an operation by more than 150 federal and local law enforcement agents in March. Officers seized more than 186 arcade machines authorities believed could be converted for gambling use.

Nightengale said the law bans smoking at the establishments but “the real emphasis is going to be the video arcade games and the attire of the waitresses.”

Anyway, I have been to a couple of these establishments. Strictly for research purposes, I assure you. Quite honestly all they’ll need to do is enforce the smoking ban and those businesses will die. We are talking about people who smoke during meals and, allegedly, sex.

But, some municipalities can’t afford to hire the police force they need, so what are they going to do? Well, in Newark, New Jersey, they want to arm fast food employees.

Small restaurants in the city of Newark, New Jersey will be required to have an armed security guard at night under a new law approved by the city council.

The rule comes in the wake of a drive-by shooting in May at the Texas Fried Chicken and Pizza restaurant, where an off-duty Newark police officer was killed.

Under the ordinance, approved by the council unanimously on Thursday, restaurants that serve 15 or fewer people must hire an armed guard to stand watch after 9 p.m. Those unwilling to pay for a security guard must close by 10 p.m.

“If they want to stay open that late, they should provide security. If not, they should close,” said Councilman Ras Baraka, who wrote the bill, in a telephone interview.

“These restaurants who serve 15 or less people, walk-in eateries where you get your food and you leave, they are havens for criminal activity,” said Keith Hamilton, an aide to Baraka.

Jamil Nahiam, owner of the restaurant where the shooting occurred, said he opposes the ordinance, saying it places an expensive and unfair burden on small business owners to do something that should be the responsibility of the police.

“The ordinance is going to put us out of business. If that’s what his intention was, I think he’s going to succeed,” Nahiam said in a telephone interview.

He said it was unrealistic to expect him to turn his business into a sit-down dining establishment.

“My location is right next to the hospital. The customers that come in are working-class people. They have 20 minutes, half an hour for lunch,” he said.

Other places that are havens for criminal activity include casinos, liquor stores, abandoned buildings, cars with tinted windows, high schools and so on. Using their logic the only solution is to arm every single citizen in Newark, or demand that everyone hire personal security, and hope they don’t hit the bars too hard.

Oh, the fun headlines that will come out of that city. I just can’t wait. It’ll be better than anything Florida has to offer.

Of course, to keep things in perspective, it’s not like we’re Johannesburg, South Africa where a guy got beaten nearly to death by police because he was upset at nearly being run over by them.

South African President Jacob Zuma’s elite guards overstepped their authority when they arrested and roughed up a student who they thought made an obscene hand gesture, a government commission said on Thursday.

Chumani Maxwele was arrested by guards brandishing assault rifles who jumped out of a luxury sedan after the University of Cape Town student gestured at siren-blaring vehicles that nearly ran him over while he was jogging, witnesses told local media.

“The SA Human Rights Commission has found that members of the Presidential Special Protection Unit have violated the rights of Mr Chumani Maxwele,” the commission said of the February 2010 incident.

“Members of the unit arrested and detained Mr Maxwele for allegedly gesturing with his middle finger at a convoy of police vehicles,” it said.

Maxwele told media he kept his middle finger under control and was waving at the convoy to move on. He also said he was assaulted by the guards who told him he had disrespected the president.

The guards dubbed the “blue light bullies” by the main opposition Democratic Alliance were accused by citizens in 2008 of firing shots at a motorist who did not get out of the way of a presidential convoy quickly enough.

Separately, Zuma has filed a criminal suit against a man for spilling a drink on the president at horse race.

President Zuma sounds like a class act. That is, he’s a class act if you’re a big fan of Baby Doc Duvalier or Generalissimo Francisco Paulino Hermenegildo Teódulo Franco y Bahamonde (who’s still dead, thanks for asking) and their ilk.