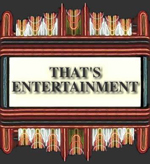 Every morning when I log into the super secret Nude Hippo command center with the shielded password of n*u%d$e^h#I@p&p!0 (the 0 in place of a o really keeps the hackers out) so that I can communicate with you from my camouflaged command center (it looks just like a living room, you’d never spot it), I am greeted by a perky “Howdy, Bill McCormick” in the upper right hand corner of my screen. In other words I start every day by seeing a grammatically incorrect welcome message. I smile when I see it for the simple reason that the knowledge that the cybercosm can’t get the placement of a simple comma right proves there’s hope for humanity after all. Maybe not a lot, but I’ll cling to whatever flotsam I can find. Nevertheless, I am happily entertained by this each day.

Some might say I set the bar too low.

But on a day that finds airport geese about to be sacrificed to feed the homeless (really? they get foi gras and we get Mickey D’s?) and mutant Chinese cow clones being used to create faux human breast milk, it seems we should all try and find a little entertainment where we can.

And you’re in luck because today’s blog features as little entertainment as possible.

It seems that in Gloucester, England a group of college students decided the best way to get on their local rugby team was by having group sex on a public bus.

I know, I know, who among us hasn’t done the exact same thing?

The defendants are all University of Gloucestershire students who performed the stunt as part of initiation rituals for the rugby and soccer teams, the court heard.

“They were clearly drunk and many of them were tied together,” prosecutor Julian Kesner said. “What they were being asked to do on the bus by the more senior members of the clubs were acts of outraging public decency. The acts can be described as both revolting and disgusting.”

All six students were ordered to perform community service and forced to pay prosecution costs. They were also banned from businesses selling alcohol for 160 days.

The students were asked to “perform?” Does the bus trip count against their time?

But maybe even that bit of whimsy is too much entertainment for you. Strange, I admit, but there may be a few among us here today who prefer life a little less graphic. Not to worry. We here at Nude Hippo strive for the mundane whenever possible and today’s no exception.

Reuters reports that Norwegian Cruise Lines is offering over 8,000 minutes of the most boring footage possible.

And it’s a huge hit in Europe.

Worn out by a fast-paced life and faster-paced television shows but lack a vacation budget? Take a five-day cruise along Norway’s scenic fjords, all free and streamed live on Norwegian public television.

For 8,040 minutes straight — including all the boring bits — viewers can follow the Hurtigruten MMS Nordnorge cruise ship and its roughly 670 passengers and crew as the vessel steams north along Norway’s jagged coastline.

The “minute-by-minute” coverage started on Thursday and includes all on-board announcements and views from 11 cameras focusing on the spectacular fjords, boat traffic around the ship, officers on the bridge and the mostly elderly passengers strolling the decks and taking in the scenery.

“It is slow, it is very slow,” said Rune Moeklebust, the project manager for the show running on the NRK2 channel.

“It is the opposite to everything else on TV — that’s why it stands out and why, apparently, people want to watch.”
Preliminary viewing data is encouraging, Moeklebust told Reuters, with 1.3 million of Norway’s 4.9 million residents at least “stopping by” NRK2 between 8 p.m. and 3 a.m. on the first day.

With a peak audience of 325,000 and some 160,000 glued to the broadcast for the entire 7-hour period, the “live documentary” grabbed more viewers than NRK2’s usual programing.

Passengers, mostly from Norway and Germany, booked tickets for the 1,460 nautical mile voyage from Bergen to Kirkenes, a Barents Sea port near the Russian border deep in the Arctic, without knowing they would be part of what NRK said is set to be the world’s longest uninterrupted live broadcast.

They were informed about the live-broadcasting plan by mail and in meetings after boarding in Bergen on Thursday.

“Some say it’s like watching paint dry but it’s so fun to sit in the master control room and mix the cameras,” said Moeklebust, adding that 22 NRK crew were aboard the vessel providing the non-stop coverage.

Moeklebust said the idea for the cruise livecast came after the success of his previous minute-by-minute coverage from a train making a 7-hour trip between Oslo and Bergen, which was viewed at least in part by 1.2 million people in 2009.

“That night we realized just how much people wanted to see TV like this and we started thinking about what would be the ultimate Norwegian voyage,” he said. “For many Norwegians, this is the most important trip of their lives… which tells the story of their coastline and shows its fantastic scenery.”

Admit it, you clicked the link didn’t you?

However, for the ultimate entertainment experience you might wish to emulate one of our regular readers, Anne (not her real name). Two weeks ago she made it her stated goal to read every single article in the World News Center, starting with the oldest and working her way forward, and then provide me with an editorial review of each and every one.

I know, you’re on the edge of your seat in anticipation.

Yes, she actually accomplished her goal and, no, she doesn’t seem to need any long term therapy.

You’ll also be pleased to note that not one error she discovered, even the tautology, has been corrected. So you can recreate her experience at any time.

Don’t get me wrong, it’s not that I’m proud of my errors, it’s just that I’m too damn lazy to deal with them.

Besides, it’s not as if the powers that be actually read any of the stuff I post. They think of me like a prostitute. They don’t pay me to show up and perform, they pay me to shut up and leave.