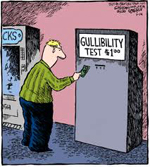 First off, I would be woefully remiss if I didn’t wish you a Happy Apocalypse! Remember, if you’re not part of the rapture, you’re allowed to loot the homes of those who are. Me? I’m in the market for a new TV. Maybe some furniture.

Anyway, if you’re one of those happy few who think the world is going to end based on some specious numerological computations, and I use that word VERY loosely, then I may have found the perfect website for you. Unexplained Mysteries purports to be a rational look at phenomena that avoid rational explanations. That’s what it purports anyway, what it actually provides is collection of unsupported ramblings from idiots.

So, with that in mind, let’s take a look at some of the – ahem -science.

The inner core of the earth is melting.

Scientists believe the core of the Earth may be melting, a process linked to activity on the surface.

“The standard view has been that the inner core is freezing all over and growing out progressively, but it appears that there are regions where the core is actually melting,” says researcher Sebastian Rost.

The Earth’s inner core is a ball of solid iron about 1,500 miles wide, about the same size as the moon. This ball is surrounded by an outer core made up mostly of liquid iron-nickel alloy, a highly viscous mantle layer and, topping it off, a solid crust that forms the surface of the planet.

First off, it’s one (alleged) scientist, not a whole lot of them. Second, the temperature of Earth’s core is estimated to be around 6,000 degrees. That means it’s molten. How much more can it possibly melt?

The site, naturally, has a video documentary, courtesy of the History Channel (i.e., where facts go to die) about Bigfoot.

But, as if this stuff wasn’t mind boggling dumb enough, they bust out that hoary chestnut about cold fusion.

I know, every 6th grader reading this blog just went “Oh hell no, not that s**t f***king again!”

Initially met with skepticism due to claims that it works on cold fusion technology, the energy catalyzer has been validated producing 2.6 kilowatts from an input of 300 watts by Swedish technology magazine NyTeknik (http://www.nyteknik.se/nyheter/ener…). The technology, which was granted a patent in April, is expected to be on the market this fall. (http://www.nyteknik.se/nyheter/ener…)

Inventors Andrea Rossi and Sergio Focardi announced the “E-CAT” in January claiming they had created a reactor that produces massive amounts of energy by fusing nickel and hydrogen nuclei at room temperature.

If the invention proves genuine, it would be one of the greatest scientific achievements of all time and would beat out oil for position as king of energy resources (http://www.washingtontimes.com/news…). It could provide nearly limitless cheap energy with no radioactive byproduct or massive carbon emissions. The inventors say, scaled for commercial use, their process could generate eight units of output per unit of input and would cost roughly one penny per kilowatt-hour, drastically cheaper than a coal plant (http://www.foxnews.com/scitech/2011…).

Skepticism has abounded so far, and expectedly so, since every past claim of cold fusion turned out to be false. Rossi and Focardi’s failure to provide details on how the process works has not helped their case nor has the fact that they cannot account for how the cold fusion is triggered. (http://www.foxnews.com/scitech/2011…).

But the inventors do have something going for them. They have demonstrated the device publicly numerous times and their claims are looking more credible as more tests validate them. Video and reports of physicists who were present confirmed that electricity was produced.

The latest tests on the energy catalyzer by NyTeknik took place in Bologna on April 19 and 28. The test, as with previous tests, aimed to measure the net energy that the device generates as accurately as possible. The results of the tests from both dates showed a developed net power of between 2.3 and 2.6 kilowatts with and input electric power of 300 watts. (http://www.nyteknik.se/nyheter/ener…)

Yet another endorsement of the device came this week as the inventors signed on with a partner firm, Ampenergo–a company formed in 2009 with connections to the U.S. Department of Energy, to assist in the proliferation of the E-Cat technology. (http://freeenergytruth.blogspot.com/)

Rossi is planning an installation of 300 energy catalyzers at a total of one megawatt for his U.S. customer in Greece in October 2011. The one-megawatt plant will be using the catalyzers for profit and not for demonstration. (http://www.journal-of-nuclear-physi…). On his website, Rossi said that a U.S. plant in October is not impossible. (http://www.e-catworld.com/2011/05/1…)

Rossi’s website also said that the Universities of Uppsala and Bologna will have E-Cats on which they can test “in any way they want.”

Actually, the nice Mr. Rossi lied about the part where he said they can test “in any way they want.”

They can’t inspect the machine to look at its internal parts due to “patent issues.”

In the 1500’s unscrupulous alchemists, as if there’s any other kind, claimed to have a machine that turned straw into gold. If you put in X amount of straw you could create Y amount of gold. They would even let kings and others of means use the machine for a set number of experiments, usually 5.

Here’s how the scam worked.

The machine was a simple gear mechanism. When you turned the crank a certain number of times (i.e., feeding the straw in) the gears would release a shelf that would drop gold out the other end. All the alchemists did was put five samples of gold on those shelves. After that the machine wouldn’t work and the alchemists would be long gone.

The whole scam fell apart when some smart guy demanded a 6th test.

Ooops. How dare he?

Another point you may wish to consider, if someone could make unlimited amounts of gold, why would they need to sell anything, let alone the machine that made it?

There’s lots of more dangerous crap about the nature of God and UFOs, two subjects they manage to blend rather bizarrely, and other stuff that just boggles. Suffice it to say that if you hear a completely insane idea that has no logical basis in reality, it’s probably posted there as fact.