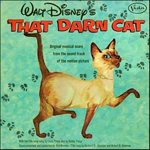 I’ve done it, you’ve done it, we’ve all done things that were done with the best of intentions only to have horribly unexpected results. I once tried to catch a Pakistani woman who was falling forward in the El. In doing so I spilled my can of soda all over her. Her husband, a devout Muslim, was furious that I’d touched his wife in the first place. Just for the record, I did prevent her from doing a face-plant on the train. Still, I caught more heck than you might imagine for saving someone from being splattered across the floor of a train.

I have a friend, who also happens to be a devout Muslim and lives in a predominantly Anglo neighborhood, who was tired of the litter cluttering his block. So he borrowed one of those stabbing sticks from a park worker, got himself a big garbage bag and began picking up the trash. His neighbors, obviously inspired by his wonderful example, called the cops on him for being a terrorist carrying a weapon. The police, obviously more enlightened than the citizens they protect, only kept him in jail for a day.

But what about those people who do everything they can to save the planet? The ones who recycle, opt for alternate energy sources and do their darndest to make Earth a green place to live? According to Todd Jacobs those people cause the rest of us deep financial pain.

Nevada Power will be increasing residents’ electric bills by a total of 5 percent beginning on June 1. One of the reasons given to the Public Utilities Commission during their hearing was that Nevada residents conserved electricity so well Nevada Power was experiencing a short fall in revenue

The company claims to have lost $35 million last year partially due to energy conservation by the customers and construction of new power plants much like the new power plant that has come on line in Moapa. No one with NV Power calls into question their CEO Michael Yackira’s salary.

Yackira’s base salary is $791,923 but with incentives and stock options he grossed $5,336,399 in 2010, as reported by Forbes. Yackira’s salary is just one aspect of what many Nevada residents consider frivolous spending in the NV Power budgets.

This recent 389-page document released by Nevada Power detailed their plan to open new power stations, including the Harry Allen Power Station and to increase their use of renewable energy to 25 percent by 2025. The price increase has not gone over well with the public in Las Vegas.

On Facebook, there is a page dedicated to NV Power customers to vent their frustrations. The page is titled Shame on NV Energy and membership is approaching 33,000 as mid May. Some of the posts featured on the page focus on the price hike, while others focus on NV Energy spending habits.

One posted comment on the page speaks to the lower price for electricity in New Mexico compared to Nevada. The post reads, “I left Las Vegas 2 years ago. I was paying $300 a month to cool a 2 bedroom apartment in the summer months and I thought that was normal! With 4 kids it killed us. Since moving (to New Mexico) I have yet to pay over $90 a month, for a 4 bedroom house regardless of season.”

Another post focuses on NV Power advertising, “Why does my power company have to advertise when they are the only company in town?”

The long-term effects of converting to solar and wind power are an inevitable drop in revenue for NV Power but the company is making money while they can. In a perfect world all homes will be self sufficient and residents will no longer be reliant on power companies. In the meantime, the Nevada public will have to deal with NV Power rate increases for the foreseeable future.

During my famous damn skippy episode I mentioned, between profanities, that the whole environmental movement was a cheap excuse to raise our rates. I was told what a complete …. not nice person …. I was. I can live with that as long as everyone admits that I was, also, right.