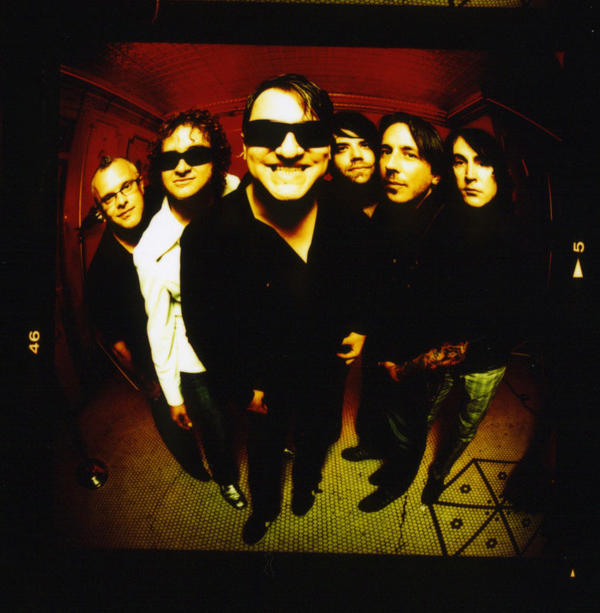 When 90s alt-rock outfit The Afghan Whigs split in 2001, front man Greg Dulli went to work on a solo career and on making what had been his side project, The Twilight Singers, into his main endeavor.

The fifth Twilight Singers full length album Dynamite Steps came out in February on Subpop, and is a collection of solid, gritty, brooding rock that you can hear live Tuesday at Metro.

Sometimes it’s bright and cheerful stuff that makes you snap your fingers as you walk down the sidewalk or drive along the road…but other times you need something that just plain has some coarseness and attitude to it.

Here’s two tracks from Dynamite Steps, an album that features guest spots from the likes of Mark Lanegan (of The Screaming Trees), the excellent Joseph Arthur, Nick McCabe (of The Verve), and more.  One of the songs, “Blackbird & The Fox”, features Ani DiFranco.

The Twilight Singers – “On The Corner”

The Twilight Singers – “Blackbird and the Fox” (feat. Ani DiFranco)

They come to town with Indianapolis’ Margot & The Nuclear So And So’s, who are taking a break from recording their new album to do the opening slot on this tour.

It’s gonna be a great show on Tuesday, and tickets are still available here!