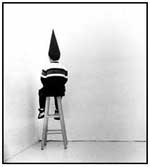 Sometimes you see two stories that so dramatically conflict you wonder how they can exist in the same universe. It’s like when you read about one religious dignitary or another thanking their followers for having lots of babies and then the next article is about how overpopulation is causing rampant starvation and disease. Or maybe you read an article about how teachers are nothing but overpaid baby sitters and then see a memo that, if parents paid teachers $4.00 per hour for each child in their class (far less than the cost of the average baby sitter), teachers would be making 4 to 5 times as much as they are now.

And as well all know, when it comes to education, you do tend to get what you pay for. So let’s take a look at a country that has slashed its education budget so far that it’s now less than 1/2 the amount the country spends on welfare.

Smart people will immediately see the correlation there. Our old pal, Lee Spiegal, has the whole story.

Light sabers from “Star Wars,” time travel and hover boards from “Back to the Future.” Many people in the U.K. believe all these things from science fiction and fantasy are, in fact, reality.

The results of a survey that opened National Science and Engineering Week in Britain last week reveal a fine line between science and fiction in the public’s eye.

Here’s what the survey reveals, according to Birmingham Science City, which created it. Note that in all cases, the respondents incorrectly believe the following:

“We commissioned the survey to see how blurred the lines between science fact and fiction have become,” said Pam Waddell, director of Birmingham Science City.

Really Skippy? You can see gravity? I have GOT to party with you!!

But, as sad as that seems, overall the majority is not so easily fooled. So what do we do with them? Dave Thier has the obvious answer.

Teach their kids how to make remote control cockroaches.

Here’s something a little more interesting than the same, tired frog-and-worm dissections for your high school science class: an electric backpack that you can jam into a cockroach brain to turn the bug into a kind of organic/cybernetic remote-controlled car.

That’s the idea behind Roboroach, a product being developed by Backyard Brains, a company trying to find new and inexpensive ways to get practical neuroscience equipment into high school classrooms.

It hasn’t put a final product in classrooms yet, but the company unveiled a working prototype to students at Grand Valley State University in Allendale, Mich.

By looking at what electrical impulses can do in a cockroach brain, co-founder Greg Gage hopes he can show the next generation of neuroscientists what the brain is made of before they ever get to college.

“You could argue that there are slight differences between the neurons in cockroaches and in humans,” he told AOL News. “But they are really similar: They both encode information the same way, and they both look the same way. So you can learn a lot about human physiology from studying these simple creatures.”

The device takes advantage of a natural instinct in cockroaches: When one of their long antennae hit a wall, they naturally turn in that direction to run along the wall. The rig triggers those same neurons via remote control, allowing students to trick the roaches into making left and right turns.

The technology is one of the simplest applications of brain stimulation — a much more complicated example could be cochlear implants, which stimulate the brain into thinking that the ears are hearing things. The technology to steer cockroaches has existed for years, but early ideas for uses, like finding earthquake survivors in rubble with camera-equipped roaches, were limited by the amount of time the device would work. But it still makes for an impressive classroom demonstration.

Despite recent advances like the cochlear implant, Gage likens the state of modern neuroscience to where medical science was during the Civil War — amputating arms and legs to treat bullet wounds. He hopes that raising the amount of exposure students get to neuroscience at a young age will help train a new generation of scientists who could be leaps and bounds ahead of current researchers by the time they start doing new work.

“If you have any loved ones who have Alzheimer’s, what can you do about it?” he says. “We’re in the dark ages. We have no idea how these things work. If we can get more people interested in this at an earlier age, then by the time they start doing research, they’re already doing things a little differently than we did.”

Backyard Brains’ last project was the Spikerbox, another simple neuroscience apparatus/ medieval cockroach torture device. It lets students rip the leg off a cockroach and put it into a device that monitors that leg’s neurological transmissions. The readings change when the student brushes up against the leg barbs.

The Spikerbox is already available for purchase, and the Roboroach should follow soon. For both products, however, people will be able to download code and schematics from the Internet to build their own for free.

“We’re not a very good company,” says Gage. “We give too much of our stuff away.”

For those schools on a tight budget, Backyard Brains offers free schematics so you can build your own neurological stimulator. But whether you buy or build, you still have to supply your own cockroaches.

While part of me gets what they’re trying to do, I do have some concerns about the actual implementation. I know that anything that gets kids interested in science is a good thing but couldn’t they have come up with something besides roaches?

I’ll leave it to you to decide whether the gentlemen below are waiting for their hoverboard to arrive via Amazon or if they’re on path to make their own neurological advances.