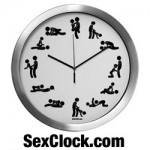 Before we begin today’s blog I’d like to wish all my male friends a Happy Holiday! And ladies, I like mine medium rare. Now, onward to the point of this mess. The fabled City of Atlantis has been the source of numerous myths. From being a home to aliens to supernatural beings to all sorts of gobbledygook, the city has been held to be the psychic and intergalactic crossroads of the universe. And, because it’s become the host for tons of wild speculation, it’s also become fodder for all the fun people who wear tinfoil hats.

But, and here’s the rub, when Plato wrote about Atlantis he only mentioned a land ruled by powerful kings, not a land of kings with superpowers. Any king with a large army would be considered powerful. Not much magic in that. Just lots of swords and spears and the usual folderol.

Crime solvers follow the money, but experts searching for the lost city of Atlantis? In archaeology, “you should follow the stones,” Richard Freund said.

Freund, a University of Hartford professor, believes he and his research team have found the legendary island-city described by Plato in about 360 B.C. as having “in a single day and night … disappeared into the depths of the sea.”

Using satellite photography, ground-penetrating radar, underwater technology and some old-fashioned reasoning, Freund said his team pinpointed the city in a vast marsh in southern Spain that dries out one month a year. Their findings are featured in a National Geographic special premiering tonight, “Finding Atlantis.”

“‘Follow the stones’ means that you have to find the artifacts,” he told AOL News in a telephone interview today. “And certain types of stones give you clues about where certain types of things came from.”

His team’s search began in 2008 with a space satellite photograph showing what looked to be a submerged city in Spain’s Dona Ana Park. In 2009 and 2010, Freund’s researchers worked with Spanish archaeologists and geologists to explore beneath the mud flats using radar and imaging.

The discovery was clinched, Freund said, with the later find of “standing stones” and a series of memorial cities in central Spain built in the image of Atlantis.

“We found something that no one else has ever seen before, which gives it a layer of credibility, especially for archaeology, that makes a lot more sense,” Freund told Reuters.

The memorial sites are significant to Freund’s theory because refugees from the lost city would have built smaller-scale versions in tribute. And so when a Spanish scientist led him to ancient sites surrounded by concentric moats — and a museum featuring standing stones with a symbol similar to Plato’s drawing of Atlantis — Freund was convinced these were commemorations of the destroyed city.

“There are more than 100 of them, and they come from all different places in the area,” Freund told AOL’s local news site Canton Patch.

His team also found ancient wood dating back to 440 B.C. A core sample taken at the marsh showed a layer of methane — an indication to Freund that a lot of living things all died at once.

“Finding this one layer of methane is a very telltale sign of a society that is destroyed in one fell swoop,” he told the Hartford Courant. “This was in the middle of nowhere, and there was no methane layer found in the area except where we were working.”

Explorers looking for Atlantis previously have focused on the Mediterranean Sea as well as the Atlantic, Pacific and Indian oceans. The lost city has been “found” many times over the years, including by Russian scientists who pinpointed a ruined town in the Black Sea; an American who found man-made walls a mile deep in the Mediterranean; and Swedish researchers who found it in the North Sea.

The lost city even was proclaimed found when people searching Google Earth spotted lines resembling a city street grid in the ocean off the coast of Africa. Google squelched the revelation when it explained the lines actually were left by a boat collecting data.

Researchers plan more excavations at the Spanish site, and Freund agreed his current findings won’t put a definitive end to the debate.

“You’ll not be able to convince all the people all the time,” he said.

Some of the stuff in the article is pretty interesting. As you may have noted, they mentioned that there was a previous find in the Atlantic Ocean of man made walls under the sea. That could easily have been an outpost. As for Spain, Plato places Atlantis beyond the Pillars of Hercules. They were located at the mouth of the Mediterranean as it empties into the Atlantic. Go grab a map and you’ll quickly notice that specific location would put you pretty near Spain.

If something caused a giant tsunami in the Atlantic that came from the East, well then, that would wipe out a lot of stuff right in its path. Since there weren’t many civilized cultures in that area hundreds of years before Jesus walked the Earth, it’s doubtful that there would be much recorded history to verify or deny an event like that.

You and I both know that, if this truly is the Lost City they found, it will be the archeological find of the century. Quite possibly even proof that they had made great strides in sailing technology. But, I doubt they’ll find anything that even remotely hints at aliens or superpowers.