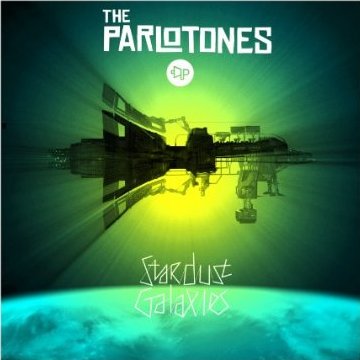 If you can manage to keep the Jameson shots and Guinness-in-a-plastic-cup to a minimum this Saturday while Chicago does its annual St. Patrick’s Day observance thing, you’ll want to rally to get to a late show at Schubas.

The Parlotones, who hail from Johannesburg, South Africa are touring their latest album ‘Stardust Galaxies’, a nice collection of grandiose synth-rock.

What you get is layered, melodic driving melodies that should really float your boat if you’re into the likes of Muse and The Killers.  Critics are raving about their bombastic live shows, so we’re in for a treat seeing this in a space like Schubas.

This 4-piece has achieved platinum status in their home country and are regarded as its biggest rock band (though, I’ll admit I’m not sure exactly how much competition they have for that distinction), and are making some serious waves in the UK and have their sights set on North America next.  They scored a gig at the World Cup Kickoff concert last summer, playing a slot between Alicia Keys and Black Eyed Peas.

Doing what it takes to succeed isn’t lost on these guys either, as they’ve been reported to have said this in an interview: “We’ve always had the attitude to just do anything, because everything counts. We’ve done it all; from having kids throwing water bombs at us, to waxing each other’s legs on national television and eating tripe in Soweto.  And it really does all count, soon the whole country knows who you are.”

The Parlotones – “We Call This Dancing”

The Parlotones – “The Stars Fall Down”

The show starts at 10:00 with two bands (The Bright White and Xylos) playing before The Parlotones.  Tickets are just $12, and you can get them here.