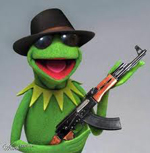 You Bible fans out there are probably already excited about the recent turn of events. It’s not often that you get to relive an entire, and legendary, section of the Holy Book. And, BONUS, it’s a chapter that’s used in the Torah, the Bible and the Holy Quran (listed here in chronological order of appearance). In other words, all of the Sons of Abraham can follow along. Well, whatever it takes to bring us together, right? For sanity’s sake I’m going to use the King James version of Exodus as my reference guide since it’s the one I’m most familiar with.

All righty then, let’s get the wailing and lamentations started!

In Exodus there were 10 plagues rendered by God upon the peoples of the earth. Well, to be more specific, plagues 1, 2 & 3 were for everyone. Plagues 4, 5, 6, 7 & 9 were for everyone but the Children of Israel (hmm, now might be a good time to get circumcised) and the 10th plague would kill the first born child of every family except for those who marked their door with lamb’s blood. The 8th plague, locusts, is kind of unclear on who was meant to be its target. For our purposes here today let’s just assume that the 8th plague is for everyone and deal with the theology later.

In Exodus 7:14-25, the first plague is enumerated; BLOOD. More specifically, blood that fouls waters and kills all the fish and causes birds to drop from the sky. Well, I’m pretty sure we can check that one off as millions of fish and thousands of birds have been dying, en mass, the world over.

So, it’s time to move on to plague #2. In Exodus 8:1-15, we get – (insert scary music here) – FROGS! Now “frogs” sounds kind of boring, doesn’t it? I mean how much trouble can a little thing that goes ribbet in the night actually cause?

Let’s find out, shall we?

Matt Smith, of SF Weekly, reports that the Golden State is being inundated by killer frogs with claws.

​A tiny pond near the mouth of Golden Gate Park is host to as many as 10,000 invasive African clawed frogs so voracious they’re a threat to the entire state’s rivers and bays. They’ve consumed the pond’s other frogs and fish, and have taken to eating each other — just as they’ll do in other lakes, ponds, and streams if they ever manage to reach other waterways.

“They’re cute, and small. They’re very invasive, aggressive, and will eat anything they can stuff in their mouths,” says Oakland animal activist Eric Mills, regarding the tiny African Clawed Frogs that infest the Lily Pond across JFK Drive from the Conservatory of Flowers.

Yet for at least six years, officials with both the city’s Department of Recreation and Parks and the State Department of Fish and Game have bungled efforts to eliminate the invasive critters.

“Fish and Game says, ‘We’re working on it.’ Bullshit. They totally screwed this one up,” said retired state warden Miles Young. As patrol lieutenant overseeing San Francisco, Alameda, and Contra Costa Counties, in 2004 he assembled a group of experts to rid the frogs from the pond. But he was thwarted by Sacramento superiors. “It was all set and ready to go and they canceled it.”

And there, by the foibles of man, doth the wrath of God spread.

Oh, sorry, that was a little over the top. Anyway, as it turns out, killer frogs are the least of your genus Anura problems. Christine Dell’Amore reports that frogs have taken an odd evolutionary leap backward, like millions of years back, and have developed teeth.

Lower-jaw teeth in frogs re-evolved after an absence of 200 million years, a new study says. The discovery challenges a “cornerstone” of evolutionary thinking, according to experts.

Of the more than 6,000 species of frogs, only one, a South American marsupial tree frog called Gastrotheca guentheri, has teeth on both its upper and lower jaws. Most frogs have only tiny upper-jaw teeth.

A new analysis of the frog family tree reveals that the common ancestor of frogs, which long had lower-jaw teeth, lost them more than 230 million years ago before eventually going extinct.

The marsupial frog G. guentheri didn’t have lower teeth, then “boom, around 5 to 15 million years ago, it got them … ,” said John Wiens, who authored a recent study on the phenomenon.

The discovery runs counter to a principle called Dollo’s law, which states that physical structures lost during evolution are never regained, according to Wiens, an evolutionary biologist at Stony Brook University in New York State.

In fact, the teeth’s reappearance may have exposed the law’s loophole: That it’s “much easier to re-evolve things if you’re already making them somewhere else,” Wiens said.

In other words, the frog “didn’t have to make teeth on the lower jaw from scratch, because they’re already making them on the upper jaw.”

Dollo’s Law versus Wrath of God? Well, I think we all know who wins that battle.

If you’ve ever read my stuff before, you know I like to tie things together as best I can. Today is no exception. Since we have killer frogs with claws and devolved frogs with teeth, there is only one logical outcome; FLYING VAMPIRE FROGS!

And, as Charles Choi reports, that’s exactly what’s been discovered.

The mountain jungles of Vietnam are home to a new breed of “vampire”—a “flying” tree frog dubbed Rhacophorus vampyrus.

First found in 2008, the 2-inch-long (5-centimeter-long) amphibian is known to live only in southern Vietnamese cloud forests, where it uses webbed fingers and toes to glide from tree to tree.

Adults deposit their eggs in water pools in tree trunks, which protects their offspring from predators lurking in rivers and ponds.

“It has absolutely no reason to ever go down on the ground,” said study leader Jodi Rowley, an amphibian biologist at the Australian Museum in Sydney.

However, that trick isn’t what earned the species its bloodsucking name. Rather, it’s the strange curved “fangs” displayed by its tadpoles, which the scientists discovered in 2010.

“When I first saw them by looking through a microscope, I said, ‘Oh my God, wow,'” said Rowley, whose research is funded in part by the National Geographic Society’s Conservation Trust.

Tadpoles normally have mouthparts similar to a beak. Instead, vampire tree frog tadpoles have a pair of hard black hooks sticking out from the undersides of their mouths—the first time such fangs have been seen in a frog tadpole.

The scientists do not yet know what purpose the fangs serve. However, frogs that raise tadpoles in tree-trunk water holes often feed their young by laying unfertilized eggs as meals. The fangs, Rowley speculated, could help in slicing these open.

So, if things keep going apace, we can all look forward to the fun and frivolity of Exodus 8:16-19, LICE or GNATS. Oh wait, that one’s already started. Darn.

Coming soon to an infestation near you.