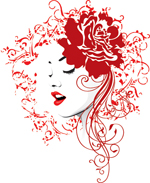 Names are funny things. They are, in the main, the way we identify ourselves. When you hear of a guy with a name like Wolf Blitzer, you expect a man’s man, dripping in testosterone and confidence, and not some Poindexter. I’ll allow you to each draw your own conclusions there. In a way, they are our personal marketing slogans. Good ones like Coke: It’s the real thing, stick with you in a positive way. Nothing sucks like an Electrolux will not make you think of a wonderful vacuum cleaner, no matter how hard you try. It may be unfair, but it is nevertheless true. For example, would you go to a vasectomy specialist named Dick Chopp? I know I’d balk.

Oh, okay, you got me; I’d run screaming from the room making supersonic squealing sounds like a 4 year old girl who’d lost her Barbie.

Thus is the conundrum in Fort Wayne Indiana. In a state not known for its all encompassing world view it’s not hard to see why the local government would blanch at the thought of naming a public building after one of their most prominent, and beloved, citizens. So, as MSNBC reports, maybe you can understand why there won’t be a Harry Baals Cultural Center, or anything like it.

A former Indiana mayor who won four terms in the 1930s and 1950s is proving less popular with modern-day city leaders, who say they probably won’t name a new government center for him because of the jokes his moniker could inspire.

Harry Baals is the runaway favorite in online voting to name the new building in Fort Wayne, about 120 miles northeast of Indianapolis. But Deputy Mayor Beth Malloy said that probably won’t be enough to put the name of the city’s longest-tenured mayor on the center.

The issue is pronunciation. The former mayor pronounced his last name “balls.” His descendants have since changed it to “bales.”

Supporters said it’s unfair that the former mayor can’t be recognized simply because his name makes some people snicker. But opponents fear that naming the center after Baals would make Fort Wayne the target of late-night television jokes.

“We realize that while Harry Baals was a respected mayor, not everyone outside of Fort Wayne will know that,” Malloy said Tuesday in a statement to The Associated Press. “We wanted to pick something that would reflect our pride in our community beyond the boundaries of Fort Wayne.”

An online site taking suggestions for names showed more than 1,300 votes Tuesday for the Harry Baals Government Center. That’s more than three times the votes received by the closest contender.

Jim Baals, 51, who has lived in the city his entire life, said it’s unfortunate that his great-uncle’s name won’t be considered for the building.

“Harry served four terms and was a wonderful mayor. I don’t know what the problem is,” he said. “I understand people are going to poke fun at it. That’s OK. I’ve lived with that name for 51 years now, and I’ve gotten through it. I think everybody else can, too.”

City spokesman Frank Suarez said the city has no regrets about opening the name selection up to people online.

“It is a new way of reaching out to the community,” he said. “The fact that 17,000 votes have come in tell us the buzz created by this is really good. When was the last time somebody could say they had fun with their government? We’ve had fun with this.”

Suarez told The Journal Gazette that Mayor Tom Henry will meet with local groups and choose from up to 10 finalists from the suggestions submitted. Online voting ends Friday.

They’re worried about how people would perceive them if they honored their beloved mayor? This is what’s holding them back? C’mon, it isn’t like Fort Wayne is the tourism capital of the Midwest. They do have a couple of very nice museums and research centers that none of the locals go to, but that’s about it. I guess, when you think about it, there’s a reason that Fort Wayne was voted the dumbest city in America.

“How bad can it really be” you ask, petulantly? Bad enough that they thought the below video was a good idea.