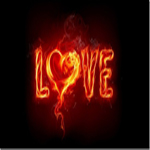 I have a friend. He’s married. He loves his wife more than life itself. They have 3 beautiful children, are respected members of their church and community and actually take those proverbial long walks on the beach. I bring this up in stunned reverence. The first Valentine’s Day gift he got for his (then future) wife was a socket set. I kid you not. And yet, somehow, all of the above came to be. To this day he gets chills trying to come up with a gift for her. And, to this day, she tells him not to worry about it.

All I can think is that this guy must be an amazing beach walker.

In comparison; I once made a cake, from scratch, surrounded it with fresh cut flowers, a cute stuffed animal and tickets to a sold out show. I caught hell for two hours because the frosting was wrong.

In other words, I can sympathize with Mark Rudov, author of “Under the Clitoral Hood: How to Crank Her Engine Without Cash, Booze or Jumper Cables,” when he says that Valentine’s Day should be banned. Something tells me, despite his long term romantic success, my friend might agree.

But, if you are hell bent on getting that ‘perfect’ Valentine’s Day gift (may God take pity on your soul), then this might be the best shot you’ll ever have. AOL News’ Monica Garske reports that you can order a custom novel with you and your lover as the panting protagonists.

Romance novels have long featured star-crossed lovers lusting after each other, but what if the lovers in those provocative pages were you and your partner — straight or gay?

For the past 12 years, publisher Mike Pocock has been running Book By You, a company that creates personalized romance novels for imaginative readers.

The company offers 15 titillating titles that can be personalized so that the reader and the crush, lover or spouse are written into the story as the leading lovelorn characters.

Here’s how it works: After selecting which book they’d like to star in, a customer answers a “Character Questionnaire” filled with personal information such as his or her name, lover’s name, eye color, hair color and body type.

Those details — which may also include the name of someone’s pet dog or cat — are then worked into the novel’s storyline so the customer becomes the main character in the romantic tale.

To spice things up in time for Valentine’s Day, the company has just released a couple of hot, steamy same-sex novels catering to gay and lesbian readers.

“We’ve had a lot of increasing demand for same-sex novels in recent years,” Pocock told AOL News. “We had thought about writing these books for a while and finally decided to just do it. I’m really glad we did, too. It was long overdue. To my knowledge, we’re the first personalized book company to offer same-sex titles.”

In order to make the books a hit with consumers, Pocock said authenticity was crucial.

He said he hired an openly gay writer from Washington to pen “Hot Blooded” and a lesbian author to write “Seduction Games,” so the love scenes and relationships in the plot lines would feel realistic.


The books, he said, are also a notch “steamier” than other Book By You titles, perhaps to make up for lost time.

“The story lines are similar to our other books, they’re just a little sexier. You have to be 18 or older to order ‘Hot Blooded’ because it gets pretty racy,” explained Pocock.

“At the end of the day, though, both are passionate, touching and romantic love stories with happy endings, just like our other books.”

According to Pocock, the personalized same-sex novels seem to be resonating with readers already.

He said that within an hour of releasing the titles, he already had orders for both books.

“I think people were waiting for this,” he said. “It was time.”

If the naughty novels go over well with customers, Pocock said he plans to expand the same-sex literature line by releasing more titles in coming years.

He figures Valentine’s Day may be the catalyst to building a solid fan base for the books, since February is his busiest sales period of the year.

“These personalized books are the most unique gift someone can give their Valentine. There’s a definite wow factor when someone unwraps a book and realizes they’re actually the star of the story. I’d say it’s better than chocolate.”

In addition to personal details within the pages, readers can also upload a picture of themselves onto the back cover for extra-special customization.

And if you have any other reasonable requests, don’t be afraid to ask.

Once, Pocock said he even rewrote the ending of a novel for a customer who planned to propose to his girlfriend through one of the books.

She happened to love romance novels, so the end of her book featured her boyfriend popping the question.

Pocock said the woman accepted the proposal and, well, we can all guess what happened next: They lived happily ever after.

Yes, yes, I know, you want one. Not a problem. Just head over to Book By You and pick your favorite fantasy. You can even make a sample online to see if it will work for you before you order.

Or, you could just chuck it all and buy your lover a nice socket set. You’d be amazed at the deals there are this time of year.

Yep, that metric set’s looking kind of sexy right now. I wonder if it comes in pink?