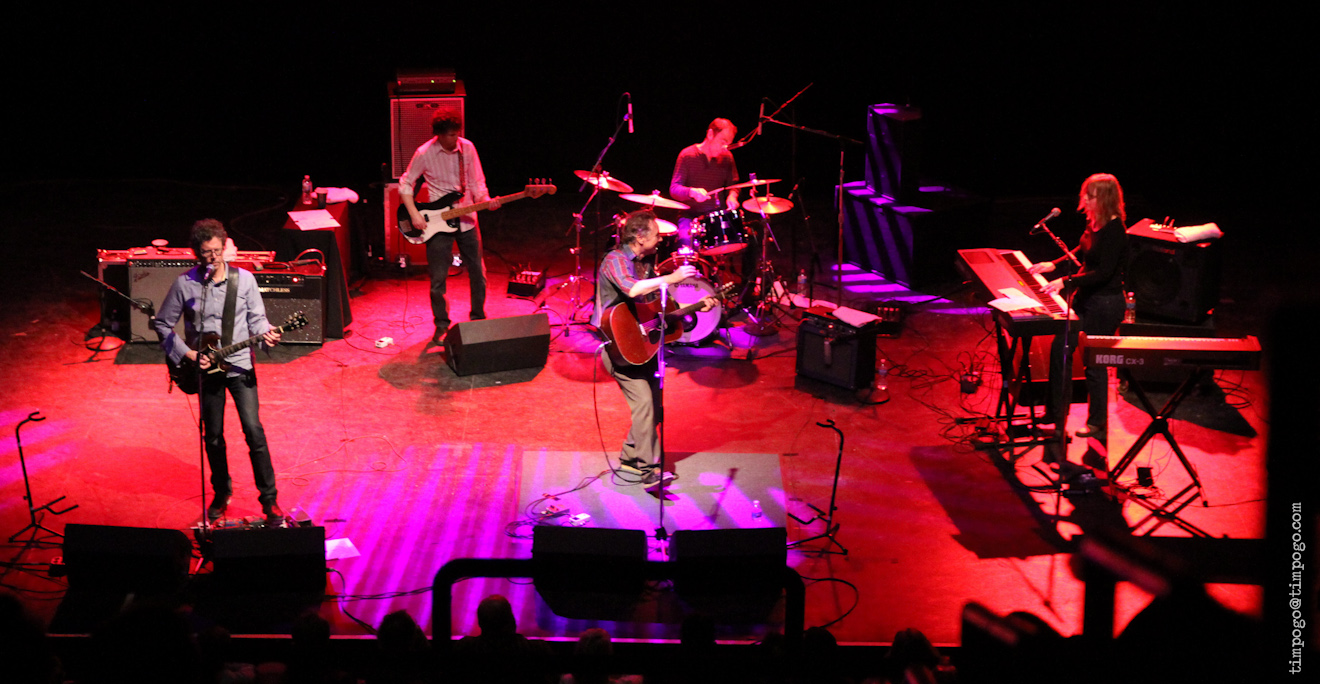 For fans of Americana music in Chicago, it was quite a couple of nights at The Vic late last week.  Arguably some of the godfathers of the genre, The Jayhawks treated us to two special engagements in the perfect venue for it as they spent the evenings performing their landmark records ‘Hollywood Town Hall’ and ‘Tomorrow The Green Grass’, respectively.  For more on that plus the reissues of these two albums, check out my prior post.

Each night, the group featured three new songs from their upcoming record which not only sounded fantastic but also went over quite well with the packed sold out house.  I attended the 2nd night armed with my camera, so enjoy the photo gallery below.  Also of note, compared to other “play an entire album from start to finish” shows that I’ve been to where the band warmed up with other favorites before starting into Track 1 of the record in question, The Jayhawks came right out and ripped right into “Blue”, the lead track on ‘Tomorrow The Green Grass’.

And for a video feel of the night, here’s a rather good quality post that somebody in the front row has shared.  (I’m the guy poking his head around in the photo area toward the end of the song…glad to see I wasn’t obstructing too much.)