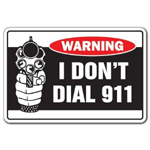 I sometimes wonder if the editorial staff at Nude Hippo wakes up in the morning and simply replaces the usual milk on their corn flakes with bourbon. After all, they are (in the main) nice people and I’ve usually posted something before they are capable of providing any meaningful review. While they’re waking from delightful dreams of trips to Disneyland or thoughts of family oriented events, I’m usually writing about stuff that comes with warning labels. And not just any ticky tack warning labels, I get a giant flashing red light to the bottom right hand side of every one of my posts. In my twisted mind I imagine the nice editorial staff waking up, calling the IT department and having the following conversation.

“Did he write about happy butterflies or singing, dancing, children?”

“Not exactly. Did you know that ‘butterfly‘ is professional euphemism for a ……”

“There’s bourbon in your kitchen.”

At this point it may even be safe to wonder if they even bother with the corn flakes.

So, today, I’ve decided to cut them a break. I won’t write about the guy who used an inflatable marital aid to ride out a flood. Nor will I write about the sick S.O.B. (a/k/a some demented Packers fan) who killed a bear so that he could roast it in honor of today’s game.

Instead, I’m going to write about a fun loving gentleman who has come up with an innovative way to proudly showcase his political beliefs while still providing law enforcement something fun to chat about on those lonely winter nights. As Kevin Saylor, of Fark.com, reports, the age old question of “Can I use a handgun to fight an inferno?” has now been definitively answered.

Stephen Forthman shoots first and asks questions later. He wears a shirt proudly displaying the words “I don’t dial 911” next to a picture of a hand gripping a sixshooter. When it comes time to contact local emergency services for assistance, he’d rather just shoot at the problem until it goes away – even when the problem is his own home being on fire.

No injuries were reported in a large structural house fire in North Knoxville at Forthman’s residence on Whittle Springs Road yesterday.

Knoxville firefighters were alerted by neighbors at 2:15 p.m. of smoke at the residence, according to Knoxville Fire Department spokesman Capt.

John Nickleton. The Knoxville Fire Department responded to an initial report of heavy smoke coming from the garage, and of a large bearded man in the front yard screaming and shooting into the house.

“At first I didn’t even notice the fire,” said neighbor Tricia Perkinson. “I heard gunshots coming from across the street. When I looked outside, I saw Steve in his front yard waving a gun at the house. He was yelling obscenities and just shooting. He was saying, ‘You better get out of here you bleeping bleep.’ I thought he had lost his mind. Then I saw the smoke.”

“When we arrived at the scene, the house was completely engulfed in flames,” said firefighter Daniel Cummings. “Outside, the homeowner was shouting and firing a semiautomatic pistol into the fire.”

Firefighters were able to contain the flames to the Forthman residence, but the massive fire gutted the two-story home. Police were called to restrain Forthman, who had to be disarmed and handcuffed before he would stop shooting at the blaze.

Fire investigators are expected to return to the scene today to determine the fire’s cause.

This isn’t the first time Forthman has refused to dial 911. In 2004, Forthman tried to shoot himself in the torso after having chest pains. His brother-in-law wrestled a rifle away from Forthman and called an ambulance.

Man, what can you possibly say after that?

It also makes me wonder what this whack job’s love life’s like.