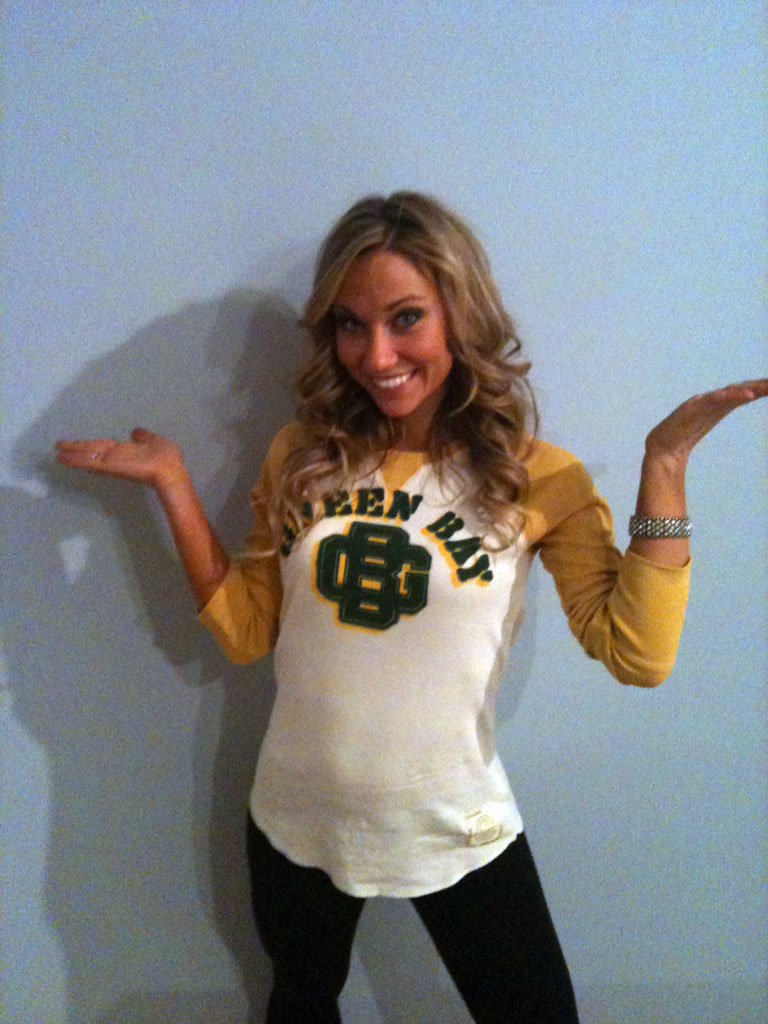 It’s the biggest Chicago sports uproar since the Hawks won the Stanley Cup!  Can the Bears make it to the Super Bowl?  For the sake of Chicago team spirit and riding on a wave of good luck, let’s hope so.  However, for the sake of my Green Bay boyfriend I am torn.  The long standing rivalry between the two teams has officially entered my personal life!

I am originally from the Northwest suburbs of Chicago and my mother was one of the original Chicago Honey Bears Cheerleader’s. Therefore, you can bet your pom poms that my mother expects me to root for the Bears, as I should.  Although, I want my boyfriend to think I’m the sexiest girl in a Packers T-shirt that he’s ever seen.  So how do I not wear the dreaded green and gold?  (The colors are actually pretty flattering on me.  But, shhhh blue is still my all time favorite color.)

I’ve been trying to pick a team based on a few crucial factors.  Who has the hottest quarterback?   I used to think the Aaron Rodgers was HOT, but as of late I think he’s looking a little scrawny and I’m not digging the facial hair.  As for Jay Cutler, I thought he looked HOT on the cover of Michigan Avenue Magazine.  However, after further inspecting this so called hottie, I was

disappointed.  Not to mention, his poor judgment of dating a reality tv star.  My second idea was to chose the city that specializes in my favorite food!  While I do love pizza, I am a sucker for cheese curds.  Clearly, there is only ONE thing to do.  I will wear a Packer’s T-shirt (I know, I explained WHY though) and give a fierce mighty “Grrrrrr GO BEARS!”  I am a cheerleader at heart and will cheer for BOTH teams.  Yeah, well…let’s see how all of this pans out.  At least either way,  I can’t lose.