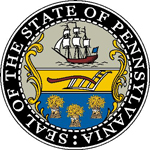 James Carville, Bill Clinton’s political consultant, once said that “Pennsylvania is Philadelphia and Pittsburgh with Alabama in between.” Fair or not, it’s one of the few things people remember about Pennsylvania if they bother to think about it at all. In a state that uses its Amish population as a tourist attraction (which is very creepy, in a freak show sort of way, when you think about it) while trying to pretend it’s just as hip and urbane as any civilized society, visitors are often left to choose between dull and boring for their daily highlights. It’s one of the reasons that there is 24 hour, non-stop, train service from Philly to Atlantic City.

One thing you will note, if you visit Pennsylvania, is that there’s a raging disconnect between ‘what is’ and what residents believe. Without belaboring the point, despite the fact that its home to Advent Sleep, let’s just say it’s hard to be a state of movers and shakers when your main claim to fame is Punxsutawney Phil.

Even so, the nice folks of Pennsylvania (what do they call people who live there?) tried to emulate their hipster brethren in Milwaukee by outlawing swearing. As Jon Hurdle from Reuters reports, that didn’t work out so well.

The ACLU sued the police in May 2010 on behalf of a woman ticketed for yelling “asshole” at a motorcyclist who swerved close to her.

The civil liberties group said such profanity is protected speech under the Constitution.

“Besides being a waste of police resources, these types of citations are often used by police to ‘punish’ people who argue with them.” Mary Catherine Roper, an attorney for the ACLU of Pennsylvania, said in a statement.

“We are very happy the state police will proactively address this problem.”

Under the settlement, police officers will be told they can no longer ticket people who use profane words or gestures, even if they are directed at the officers.

Officers will receive mandatory training in free speech, and will be told that “obscene” does not mean profanity, indecent speech, or gestures, the ACLU said.

The suit stemmed from an incident in which a Luzerne County woman reported the motorcycle incident and was cited for using the profanity. The motorcyclist was also ticketed, the ACLU said.

It said the Pennsylvania police issue about 750 citations for profanity a year.

Hopefully each and every one of those people will get their money back.

Nevertheless, sometimes government oversight is a good thing. I’ll let you read this story from Daniel Loverling before I comment further.

Southwestern Pennsylvania residents are rallying in support of a hometown victim of budget cuts — the local police dog.

Officials in Jefferson Hills cut the funding for the canine program that supported Fritz, who rode in a patrol car with a handler and visited schools in campaigns to combat drug abuse.

But residents started raising money to revive the canine program after last month’s closing, and dozens of Fritz supporters attended a council meeting this week to encourage officials to reinstate the 5-year-old German Shepherd.

A local convenience store has sold nearly 600 “Fritz Bones” — pictures of bones that customers can buy and hang on the walls of the store — for $1 apiece.

Proceeds will be given to the dog’s handler, who is caring for Fritz whether officials reinstate the program or not, said store owner Carrie Howard.

Kim Gawlas, whose husband Chris Gawlas was the dog’s handler, disputed the cost of the canine program. She said her husband was paid extra for overtime and other tasks and not for caring for Fritz.

But the police seemed unmoved so far.

“The council just did away with the money for the program,” Police Chief Jack Maple said Thursday. “It’s a done deal.”

Council President Chris King said borough officials thought the program was being abused financially and that the council plans to hire a company to investigate the canine program and the hours billed by the handler.

The police chief said the handler was paid more than $110,000 last year.

“He would take the dog to different places and showed them what the dog could do, but he’d come back and bill Jefferson for it,” he said. “Council wanted to put the brakes on it.”

This is a classic case of people so focused on one thing, here it’s the kewt witto puppy dat evyone wuvs and wuvs, that they miss the fact that some yahoo is robbing them blind.

Seriously? $110K for a dog that works a couple of days a year? I’ve got nothing against police dogs, but Jefferson Hills has a population under 10,000.

That comes out to a little more than $10.00 per person, per year, just to keep a dog around that doesn’t have to do much. Let’s be blunt, Jefferson Hills is relatively bucolic, it’s not the meth lab capital of America. They could put $110K to far better uses than cans of Alpo and travel expenses for some tool.

Before I close today I and all the members of the Nude Hippo’s World News Center would like to pass along our condolences to the families of Judge John M. Roll, the 9 year old girl and the other 4 people who were killed yesterday in that senseless shooting in Arizona. We’d also like to wish a speedy recovery to US Representative Gabrielle Giffords who miraculously survived a direct gun shot to the head.

I remind everyone that we are a nation of laws and of hope. If you believe that change can only come from the barrel of a gun, then allow me to get you a plane ticket so you can join the Talaban. You’ll fit right in there.