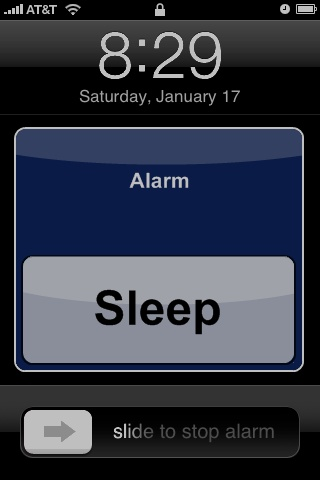 I was a loyal Verizon customer for about 8 years, and last year I decided to make the jump AT&T for the iPhone. Verizon did everything they could to try talking me out of leaving, but no phone they offered at the time compared to the iPhone. Needless to say, I made the switch!

with their iPhone alarms. Thankfully my phone did not malfunction, otherwise I would have been late to work, just like  Paul Gasol of the L.A. Lakers!!  Actually at least three Lakers, had iPhone/iPod alarm “issues.”

I am thanking my lucky stars my alarm went off after the new year, and that I wasn’t like a Massachusetts woman who lost her job because she overslept when the alarm failed to go off!!

It’s amazing to see how an iPhone glitch can effect so many people, across the country! Most costumers that saw the issues were iPhone4 owners. Good thing I was too cheap to buy it last year. LOL.